Zelenskyy: Even if we negotiate with Russia, it will come for our land 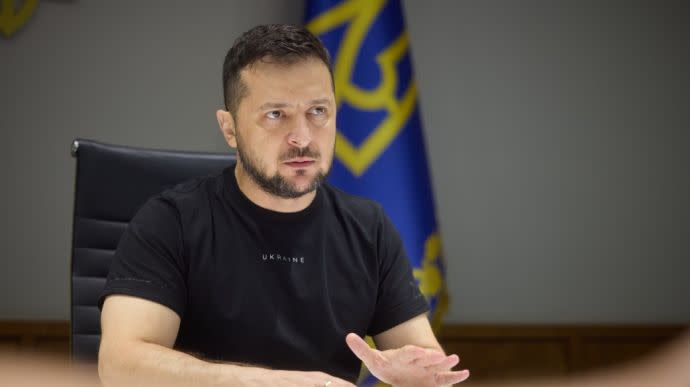 President Volodymyr Zelenskyy of Ukraine believes that the myth of “powerful Russia” must be left behind, and that no faith can be placed in negotiating with Russia.

Quote from Zelenskyy: “Everyone must realise that they are not as powerful as they have claimed to be in all those red-clad books they wrote over the course of the past 100 years. At the time when their country had any real power, the USSR had also included Ukraine, Kazakhstan, Belarus, the Baltic States. The myth of a great country must be left behind. We are proving this on the battlefield.”

Details: When asked whether negotiations with Russia might resume, Zelenskyy said that Ukraine wants to regain its territories.

“This might happen in different ways. I can’t predict how it will happen and when,” the President noted.

He stressed that the willingness of both parties is a precondition of any negotiations.

Quote from Zelenskyy: “They don’t want to negotiate. Their understanding [of negotiations] is an ultimatum: we must recognise Donbas and Crimea as Russian territories. Recently, they said that Ukraine must also recognise its south[ern regions] as Russian territory after they hold their so-called ‘referendum’ there […]

In half a year, they will come for more of our territories.

However, Russian government representatives will definitely want to negotiate with us as soon as they see the world’s powerful support for Ukraine.”

Journalists fight on their own frontline. Support Ukrainska Pravda!