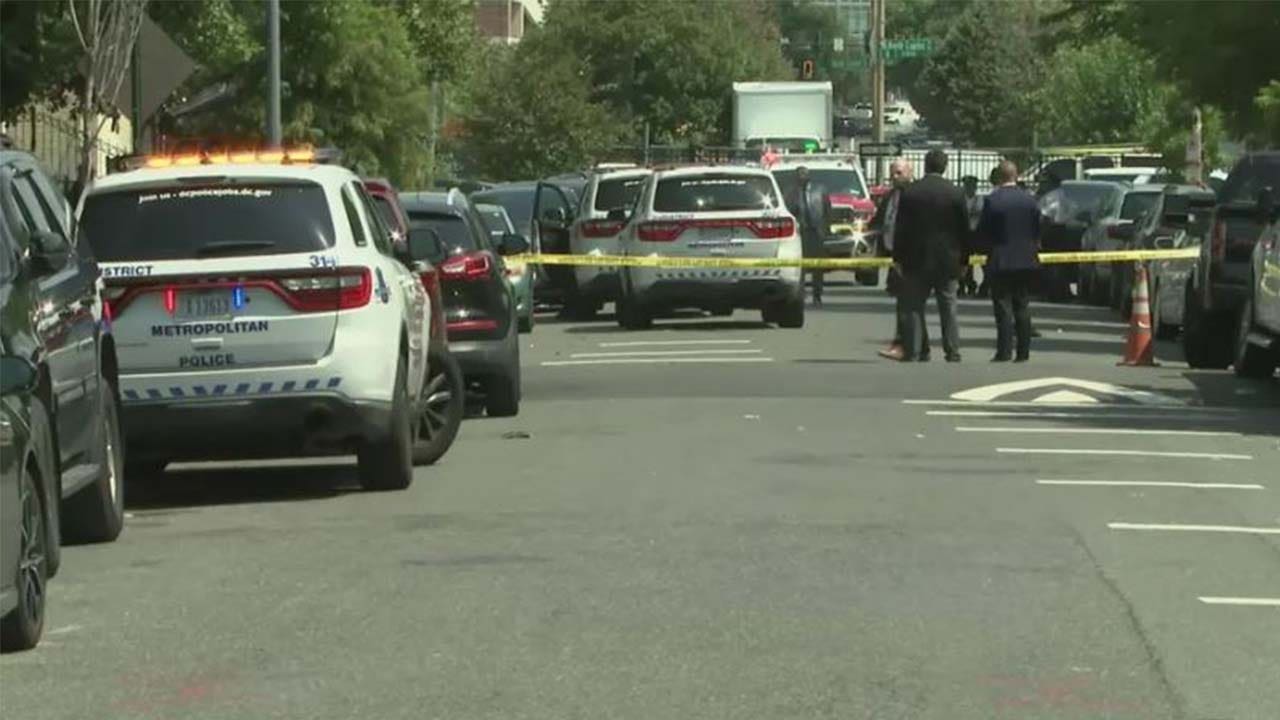 Three people were injured, and two were killed in a shooting outside a senior citizens home in Northwest Washington, D.C. Wednesday afternoon, and the suspects remain at large, police said.

D.C. police said officers were responding to a shooting in the unit of block of O Street, NW. The department said “multiple victims” have been shot.

Police on scene of a reported shooting.
(WTTG-TV)

Police said two suspects got out of a vehicle, fired at five people outside the senior citizen’s home, and fled the area in their vehicle.

SHOTS FIRED NEAR NATIONAL MALL: 3 DETAINED, NO ONE INJURED

An officer said the victims didn’t appear to be residents of the senior citizen home, but the shooting might be drug-related. He said the area is known for its open-air drug markets.

Three of the victims were transported to a hospital, and two remain dead on scene, police told reporters at a press conference.

Police said they were looking for a vehicle in connection to the shooting. Homicide detectives are investigating.