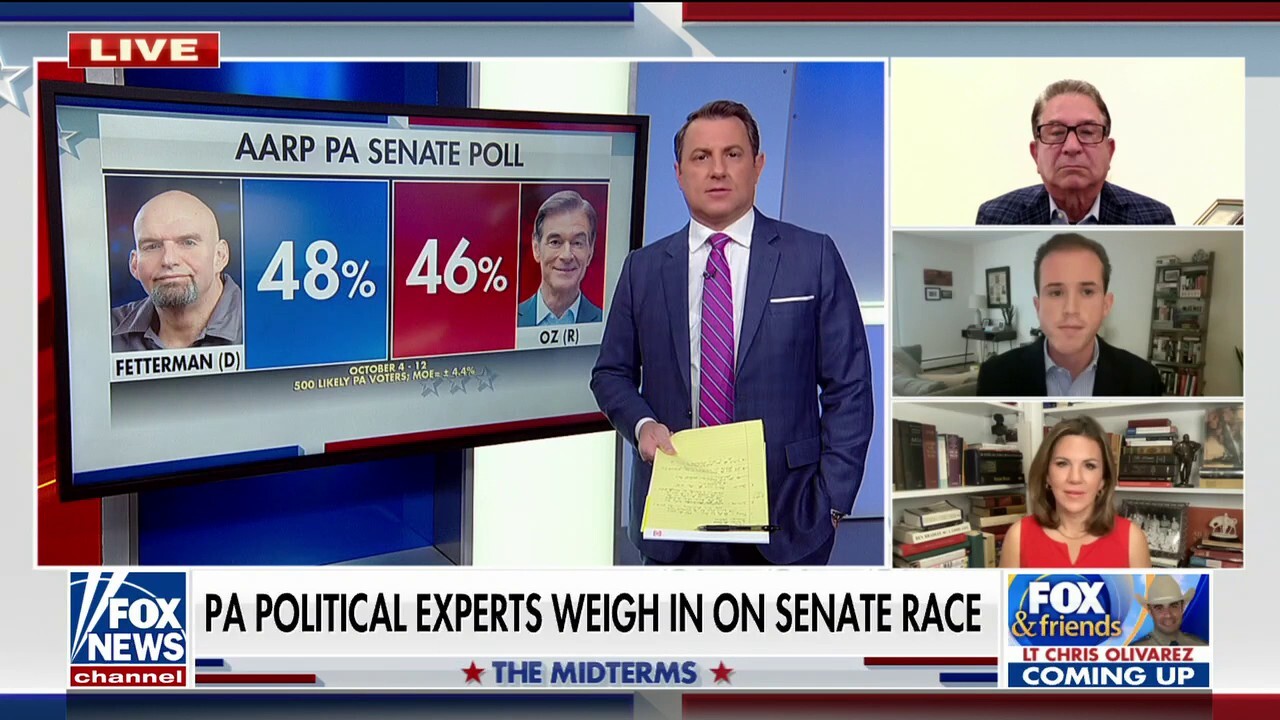 Pennsylvania Senate candidates Dr. Oz and John Fetterman are set to face off in their only debate yet on Tuesday as the race continues to narrow with just two weeks to go to the Midterm Elections.

“It’s a battle of voting margins and the historically working-class regions of Pennsylvania,” McElwee told co-host Todd Piro. “So many of those throughout the state, they were once a solidly Democratic turnout, trending Republican. And likewise, in suburbia, places that were once solidly Republican are now Democrat. So when you see this realignment, that’s really a microcosm of the nation, it’s reflective of this tight race. And therefore, what we’re seeing now appears to be accurate.”

“When you look at the issues, crime, and the economy, they are the top concerns, and they aren’t limited to greater Philadelphia,” he continued.

An AARP poll released earlier this week indicated Dr. Oz is within striking distance of Fetterman, garnering 46% support in comparison to Fetterman’s 48%.

But critics have repeatedly raised questions surrounding Fetterman’s health and his fitness to serve since he suffered a stroke back in May.

He recently partook in an NBC interview where he used closed captioning to communicate with the reporter, and many have suggested this is cause for concern.

He will also be using a closed captioning system during the duo’s debate this week.

“He has what his physician calls an auditory processing problem, and he’s using closed captioning during the debate, which means he will read the questions,” Madonna said. “So I think in some respects, we’ve got some very important issues in this state to discuss.”

“But how John Fetterman handles himself in terms of being able to respond to questions without jumbling words, without mixing up what he has to say, that is on everybody’s mind who’s been following this election in the state of Pennsylvania,” he continued.

Despite Fetterman’s health concerns, the economy, crime, and even education have proved to be key issues for many Pennsylvanians ahead of Election Day.

“I think what you’re going to see is John Fetterman try to win back some of the margin of working class individuals who have been not only [been] impacted by economics, but by the crime situation,” Stefano said. “And if you look at any poll in Pennsylvania, the number one thing voters want to know is not just about the economy and crime. And by the way, education is also rounding out the top five, but which candidate actually cares about me?”

The debate, hosted by Nexstar Television, will take place this coming Tuesday, Oct. 25 at 8 pm EST and will be broadcasted through the state’s 67 counties.

Bailee Hill is an associate editor with Fox News Digital. Story ideas can be sent to bailee.hill@fox.com