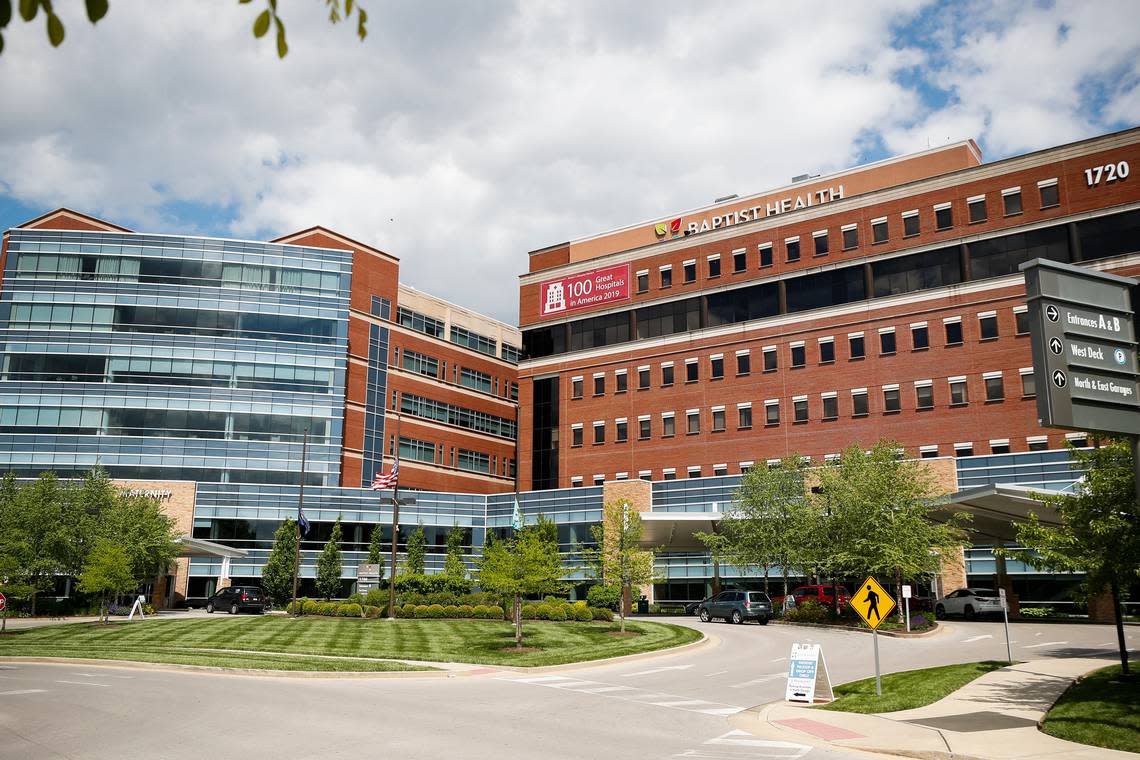 A former nurse in Lexington has been charged with murder after she allegedly committed intentional medical maltreatment to a 97-year-old patient, according to Lexington police and court records.

Eyvette Hunter, 52, was indicted on one charge of murder and arrested Tuesday, according to court records. Police say Hunter’s maltreatment caused the death of James Morris, who died at Baptist Health Lexington on May 5.

Morris’ death was “a direct result” of Hunter’s actions, police said in a news release Tuesday.

Police said an investigation determined that Hunter committed the maltreatment five days prior to Morris’ death.

According to a suspension order by the state Board of Nursing, Morris was aggressive and agitated while in the hospital and Hunter requested medication to calm him down. When the request was denied, Hunter allegedly withdrew a vial of lorazepam meant for another patient.

She appeared in Morris’ room several minutes later with a syringe and “proceeded to administer something intravenously,” the Board of Nursing document states. After that, Morris became sedated.

Lorazepam is used to relieve anxiety, according to the National Library of Medicine. It’s intended to work by slowing brain activity.

Another hospital employee saw what happened and asked Hunter what she gave Morris. Hunter answered “something special,” the Board of Nursing’s order suspending Hunter says.

Morris was later found with labored breathing and his oxygen saturation equipment turned off.

“It was determined that Respondent had disarmed/lowered the oxygen monitoring system several times as to not set off an alarm at the bedside,” the Board of Nursing’s order states.

The document indicates that Morris had aspirated on food or medicine given to him. As a result of the incident, he developed pneumonia, according to the Board of Nursing. Morris went to hospice care on May 3 and died two days later.

“Despite the rapidly declining condition of the patient, Respondent never called for rapid response nor acted with any sense of urgency,” the Board of Nursing stated. “Respondent did however edit documentation of administration of Ativan on ‘patient B’ to state ‘not given.’”

The Board of Nursing’s suspension order states that Hunter later admitted that she had given Morris Ativan, the brand name for lorazepam, without an order, “as well as, subsequently feeding him.”

Police began investigating about two months after Morris’ death, after the case was referred to Lexington police by the state Attorney General’s office. Hunter was arrested Tuesday, according to police. Police said Baptist Health was cooperative with the investigation.

According to a spokesperson for Baptist Heath, Hunter has not worked at the hospital since April 30 when she allegedly committed the maltreatment. She was terminated and reported to the Kentucky Board of Nursing.

“The hospital has fully cooperated with the police investigation,” Baptist Health Lexington said in a statement. “Patient care and safety are always our top priorities. Out of respect for the patient’s family and because this is criminal matter, we are not able to talk about the investigation.”

An order of immediate temporary suspension was filed against Hunter’s license on Monday.

The death marks the city’s 30th murder case of 2022. The record for most homicides in a year is 37, which was set last year.

According to his obituary, Morris was a veteran who served in World War II and the Korean War. He was also a retired federal government employee.

He had been admitted to the hospital “after a slip and fall injury,” the Board of Nursing stated.