Try to guess where the GMC Sierra EVs headlights are 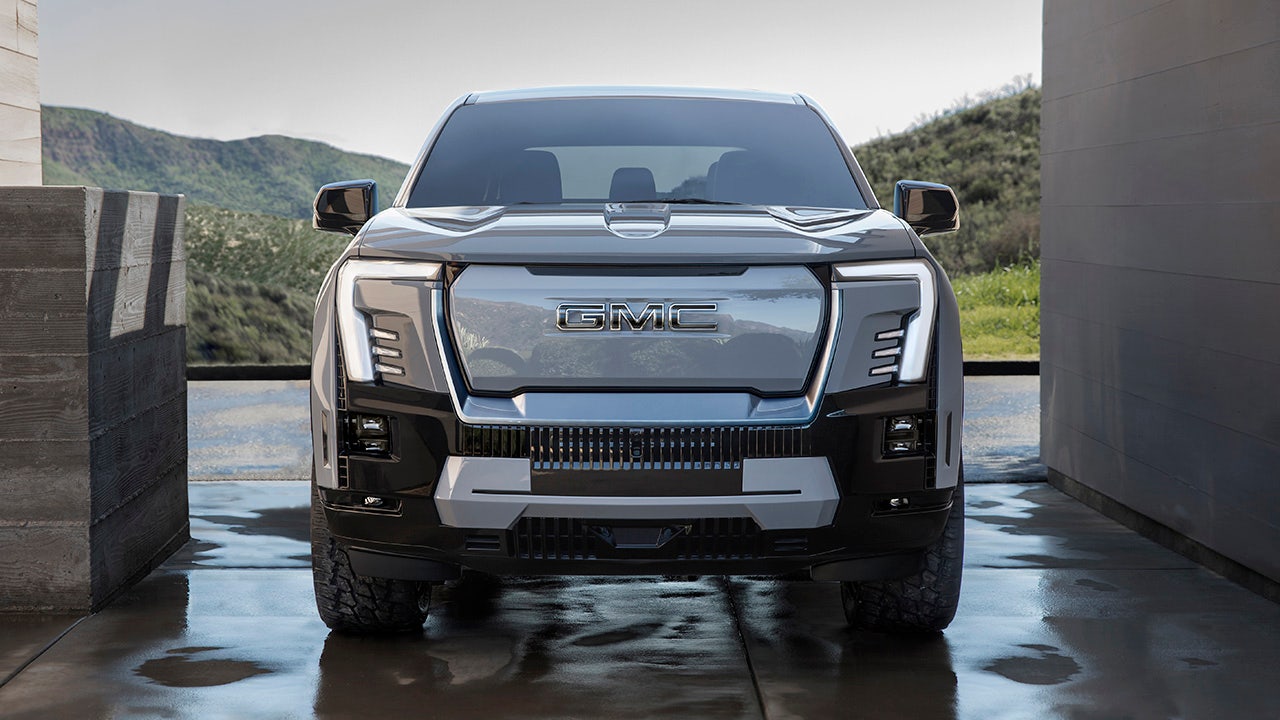 The GMC Sierra EV is not a typical truck.

And not just because it’s electric.

Among them are the MultiPro Midgate, which allows the front wall of the bed and rear window to be folded down and removed to extend the cargo area into the cabin.

The GMC Sierra EV MultiPro Midgate extends the bed into the cabin.
(GMC)

It’s actually an old feature that originally appeared in the 2000s on the Chevrolet Avalanche pickup and GMC Envoy XUV, and is also available on the new Chevrolet Silverado EV.

The eTrunk is a storage area under the hood.
(GMC)

There is another storage solution up front that GMC calls the eTrunk, which is under the hood where an engine would normally be. It’s an increasingly common feature on EVs, which has generically become known as a frunk. What’s alongside it, though, is more unusual.

The Sierra EV has distinctive large light bars framing the shield that replaces the conventional grille and echo the ones on the internal combustion engine Sierra trucks.

The Sierra EV’s headlights are installed low near the bumper.
(GMC)

But they’re not the headlights. They’re white accent lights that turn amber and double as turn signals.

You have to go a lot lower to find the headlights, which are stacked pairs located below the eTrunk opening in the bumper area.

GMC exterior design director Holt Ware said his team put them there partly for styling, but also for functionality.

The lights are still high enough to meet federal regulations, but closer to where a car’s lights are. This means they’ll cause less glare for motorists in front of the Sierra EV at night.

The GMC Hummer EV’s headlights are in a similar position.
(GMC)

The Sierra EV isn’t the only GMC truck with low lights, however, as the high-riding Hummer EV off-roader that shares the Sierra EV’s electric vehicle platform has its headlights in a similar position.