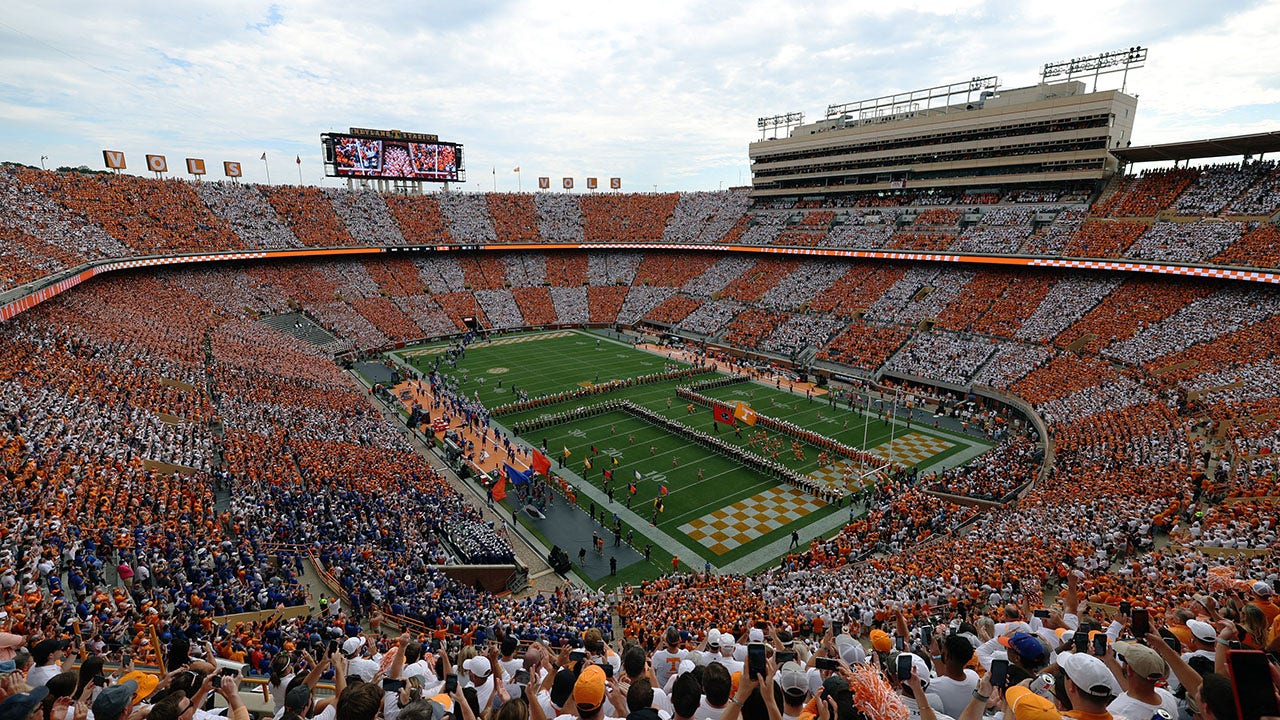 KNOXVILLE, Tenn. – It’s been close to 16 years since the Tennessee Volunteers last tasted victory against the Alabama Crimson Tide.

In what seems like a lifetime ago, Tennessee last beat Alabama in 2006, taking down the Crimson Tide at Neyland Stadium, 16-13.

Head coach Nick Saban of the Alabama Crimson Tide leads the team onto the field prior to facing the Texas A&amp;amp;M Aggies at Bryant-Denny Stadium on October 8, 2022, in Tuscaloosa, Alabama.
( Kevin C. Cox/Getty Images)

In October 2006, Philip Fullmer was still the head coach in Knoxville, and Nick Saban was in his second and final season as head coach of the Miami Dolphins in the NFL.

ALABAMA’S BRYCE YOUNG WILL BE A GAME-TIME DECISION AGAINST NO. 6 TENNESSEE: ‘I KNOW HE THINKS HE CAN PLAY’

Since then, Alabama has gone on one the greatest runs in college football history, ripping off six national championships under Saban, while Tennessee is now on its sixth head coach since its last win over Alabama.

But Saturday in Knoxville, Tennessee, presents the best opportunity for the Vols to end the losing streak to Alabama and once again be a serious contender in the SEC.

Tennessee head Josh Heupel has the Vols rolling in his second season at the helm, leading Tennessee to its best start since the 2016 season.

“As you would expect, everybody’s excited and looking forward to the challenge on Saturday afternoon,” Heupel said Wednesday, according to 247 Sports. “We’re playing a really good football team – well coached, great personnel – so it’ll be a huge test for us really in all three phases of the game.

Head coach Josh Heupel of the Tennessee Volunteers celebrates a win over the Florida Gators at Neyland Stadium on September 24, 2022, in Knoxville, Tennessee. Tennessee won the game 38-33.
(Donald Page/Getty Images)

“They do a very good job. Big test for us. We’ve gotta continue to prepare the right way here as we get on the back end of the week and press forward to game day, where we’re ready to play our best.”

It’s the offense that has led the charge for the Volunteers, as quarterback Hendon Hooker has emerged as a Heisman Trophy candidate.

In the week leading up to Saturday, Hooker said he feels that Tennessee is in the same class as Alabama.

Hendon Hooker, #5, of the Tennessee Volunteers looks to throw against the Florida Gators at Neyland Stadium on September 24, 2022, in Knoxville, Tennessee. Tennessee won the game 38-33.
(Donald Page/Getty Images)

Alabama’s defense will have something to say about that.

While Tennessee’s offense and Alabama’s defense will be a huge focus, the health of Alabama quarterback Bryce Young could ultimately decide the rivalry game that dates all the way back to 1901.

The Tennessee Volunteers team running through the ‘T’ before the game against the Florida Gators at Neyland Stadium on September 24, 2022, in Knoxville, Tennessee. Tennessee won the game 38-33.
(Donald Page/Getty Images)

Young, who missed Alabama’s Week 6 win over Texas A&M with an injury to his throwing shoulder, is reportedly expected to start on Saturday.

If Young plays and is healthy, he’ll have an opportunity to go after a Tennessee pass defense that ranks near the bottom of the FBS, allowing 307.4 yards per game through the air.

If Young is unable to go, it will be on the shoulders of the running game and backup quarterback Jalen Milroe.

Either way, there’s a sense that football is officially back in Knoxville, Tennessee, as all eyes turn to Neyland Stadium for a 3:30 p.m. ET kickoff.

Joe Morgan is a Sports Reporter for Fox News.