St. Petersburg local councilors call for Putin to be tried for treason 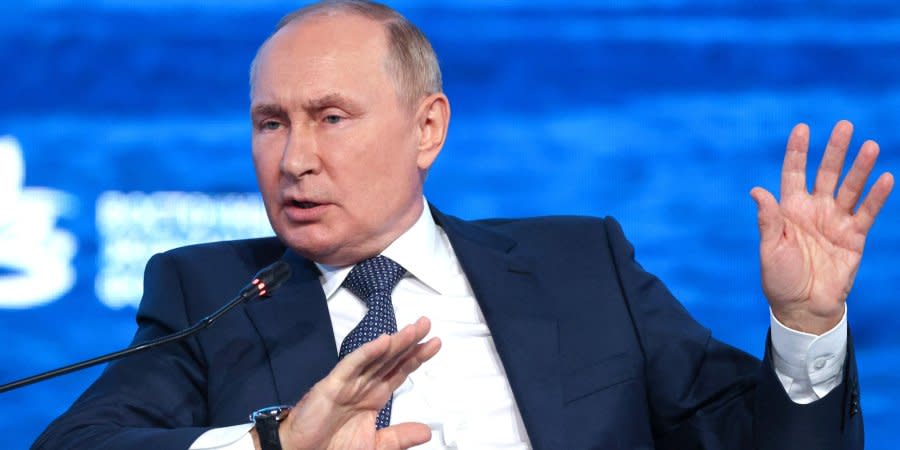 The document, posted online by Smolinsky councilor Dmitriy Palyuga, says Putin should be removed from his post and tried for ordering the invasion of Ukraine.

Read also: About the death of Putin and his entire system

The resolution also points out that Russia’s border with NATO has more than doubled, while Ukraine is getting ever more modern weapons – both explicit failures of Putin’s so-called “special military operation.”

“Therefore, we ask the members of the State Duma to indict the Russian president for treason and remove him from his post,” the document goes on.

The document does not, however, mention the fact that the Russia army has committed atrocities in the occupied parts of Ukraine. Neither does it call for an end to Russia’s war on Ukraine or its withdrawal from the Donbas and Ukraine’s Crimea, which Russia started to occupy in 2014.

The document was published shortly after Ukraine launched a complex counter-offensive operation in Kherson and Kharkiv oblasts, recapturing at least 400 square kilometers of land in two days. Military experts agree that the pace of the Ukrainian advance has caught Russian forces in Kharkiv Oblast off-guard, prompting them to retreat in haste, abandoning much of their military equipment.

Russian occupation authorities recently announced they are putting the planned illegal annexation referendums in occupied Ukrainian territory “on hold due to the deteriorating security situation.”

Read the original article on The New Voice of Ukraine

One thought on “St. Petersburg local councilors call for Putin to be tried for treason”