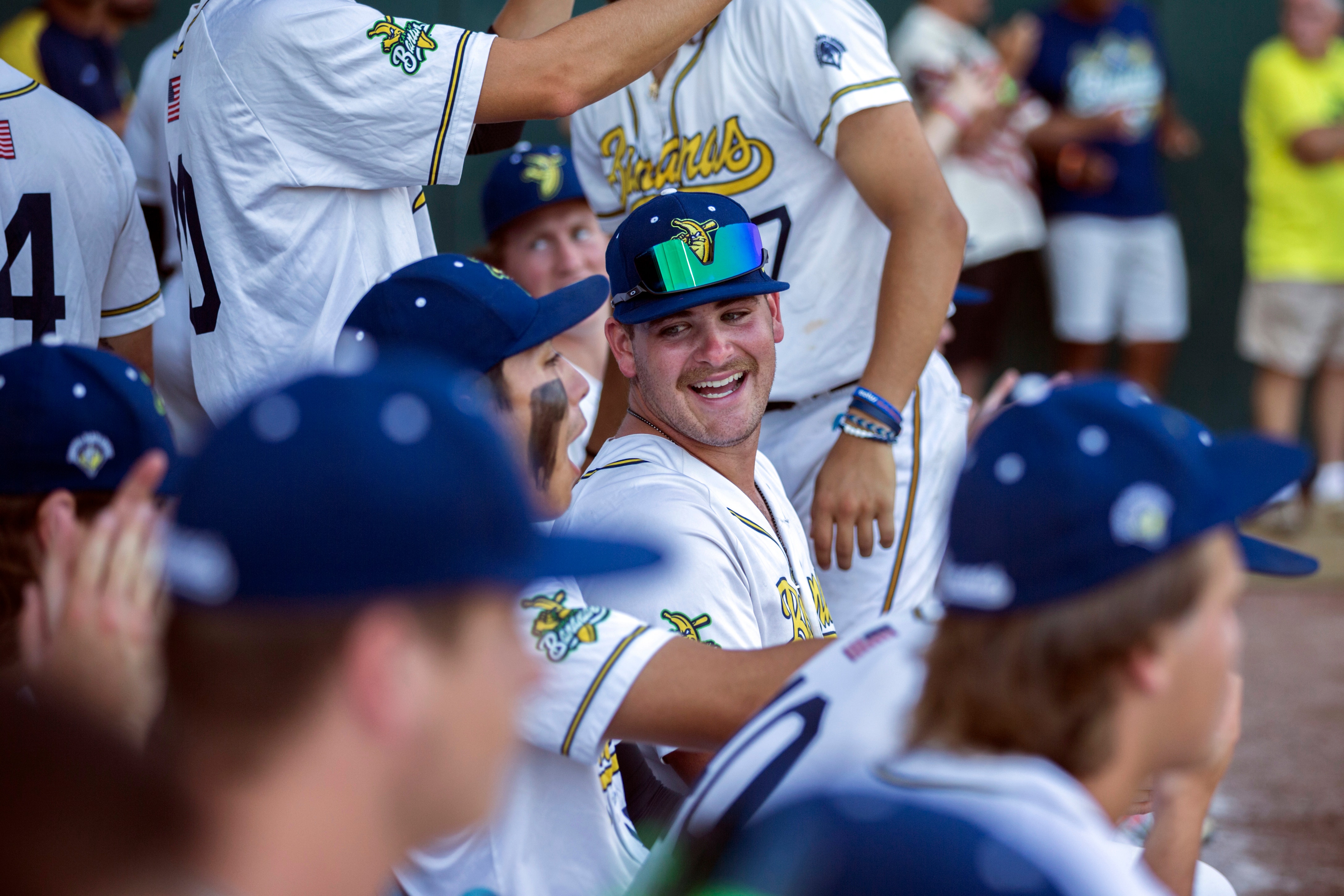 The Savannah Bananas, who became a national sensation with their irreverent style of baseball, are leaving the Coastal Plain League to focus full attention on their professional barnstorming team.

Owner Jesse Cole made the announcement in a YouTube video, saying “we’ll be able to bring the Savannah Bananas to more people in Savannah and around the world.”

The Bananas joined the summer league for college players in 2016, playing in historic Grayson Stadium after the departure of the city’s longtime minor league team.

The Savannah Bananas, who became a national sensation with their irreverent style of baseball, are leaving the Coastal Plains League to focus full attention on their professional barnstorming team. Owner Jesse Cole made the announcement in a YouTube video, saying “we’ll be able to bring the Savannah Bananas to more people in Savannah and around the world.”
(AP Photo/Stephen B. Morton)

The amateur team was an immediate sensation, on and off the field. With antics that drew attention from national media and a team that won three CPL titles, including the last two, the Bananas have sold out every home game since their founding.

Cole built on that success by launching a pro team that plays a version of the game known as “Banana Ball,” which includes a 2-hour time limit, no restrictions to the on-field revelry (from wearing kilts to a player who uses stilts), and offbeat rules such as no walks, no bunting and outs being counted when a fan catches a ball in the stands.

The response prompted Cole to go all-in on a team that can play more games in Savannah — where the owner says his team has a waiting list for tickets that has grown to 80,000 — and on the road.

The CPL team played 24 home games a season, a number that will grow into the 30s next year. Also, the barnstorming Bananas plan to play in some 25 cities in 2023.

Cole said leaving the CPL was a bittersweet but necessary decision.

“The Coastal Plain League gave us an opportunity,” he said. “It’s been a great journey and a ton of fun. But as we continued to watch our fans and listen to our fans and saw the amazing response to Banana Ball, it became a no-brainer.”

The pro Bananas played a one-city “world tour” in 2021, added a half-dozen sold-out stops to their itinerary in 2022, and recently launched a summer series at Grayson Stadium that included the live telecast of a game on ESPN2 and the premier of a five-part series “Bananaland.”

The Bananas’ eclectic roster includes Bill Lee, the 75-year-old former major league pitcher known as “Spaceman,” who has been known to enter games guzzling a beer.

During last week’s televised game, there was a scary moment when Lee collapsed while warming up in the bullpen. He has stopped breathing before being resuscitated by emergency workers and taken to a hospital with what was described as a “cardiac episode.”

Cole said Lee has been released from the hospital and expects to make a full recovery. In fact, he plans to pitch again for the Bananas.

Cole said he’s been contacted by five major league teams to discuss holding games in their ballparks. It won’t happen next year, but could be on tap for 2024.

The Bananas will continue to play the bulk of their games against the Party Animals, their version of the Harlem Globetrotters’ perennial opponent, the Washington Generals.

But Savannah also plans games against other professional teams, most likely from independent minor leagues.

FILE – Four infants and their parents take part in what the Savannah Bananas call The Slowest Race, at the team’s baseball game against the Wilmington Sharks, Saturday, June 11, 2022, in Savannah, Ga.
(AP Photo/Stephen B. Morton, File)

During this year’s tour, the Bananas split two games against the Kansas City Monarchs of the American Association, which became an MLB partner league under minor league realignment.