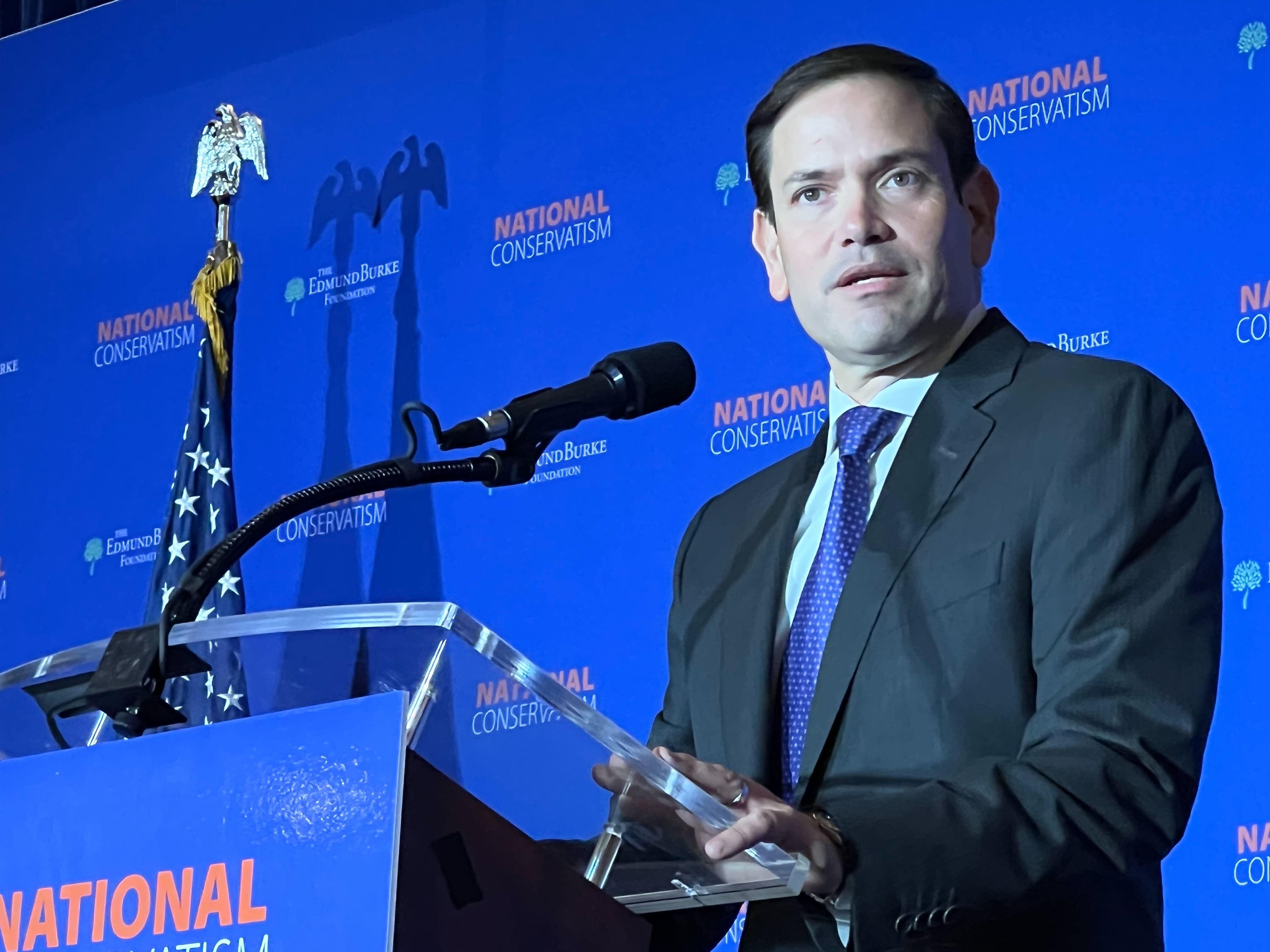 Rubio, R-Fla., said at the National Conservatism Conference in his home state that Biden was utilizing a playbook long known to foreign strongmen.

“When you have the president of the United States telling half the country they’re a fascist because of who they voted for, that’s very reminiscent of some of the things you see in third-world dictatorships,” said Rubio, who was born in Miami after his parents fled Cuba.

Rubio said that by demonizing political opponents, the White House was unfairly painting disagreements over policy as a battle for the soul of the nation.

In recent weeks, Biden has lambasted Republicans as “semi-fascists” and threats to democracy. The attacks have coincided with the president’s reemergence as a voice for Democrats ahead of the November midterm elections.

“We’re seeing now either the beginning or the death knell of an extreme MAGA agenda,” Biden said at the rally in Maryland last month. “America must choose. You must choose.”

While Biden has stressed that he does not believe all Republicans are enthralled with the MAGA ideology, the caveat has done little to smooth over his attacks.

While Biden has stressed that he does not believe all Republicans are enthralled with the MAGA ideology, the caveat has done little to smooth over the attacks.
(Hannah Beier/Bloomberg via Getty Images)

Rubio said he was disappointed by the president’s rhetoric, but did not find it surprising.

“It’s been happening for a while,” he said. “A year ago, [Biden] said anyone who didn’t vote for the voting rights bill that they wanted … you were segregationist.”

Administration officials have rejected the idea that Biden is using extreme rhetoric to attack Republicans. Many argue that the president has been clear that he only views a segment of the GOP base as problematic, but stands ready to work with moderate and centrist Republicans.

“President Biden has always stressed how eager he is to continue working across the aisle to make progress for American families,” said White House deputy press secretary Andrew Bates. “At the same time, he has joined leading conservative voices like Judge Michael Luttig and Liz Cheney in denouncing violence, threats and attempts to override the will of voters in elections – which we should all reject, regardless of politics.”