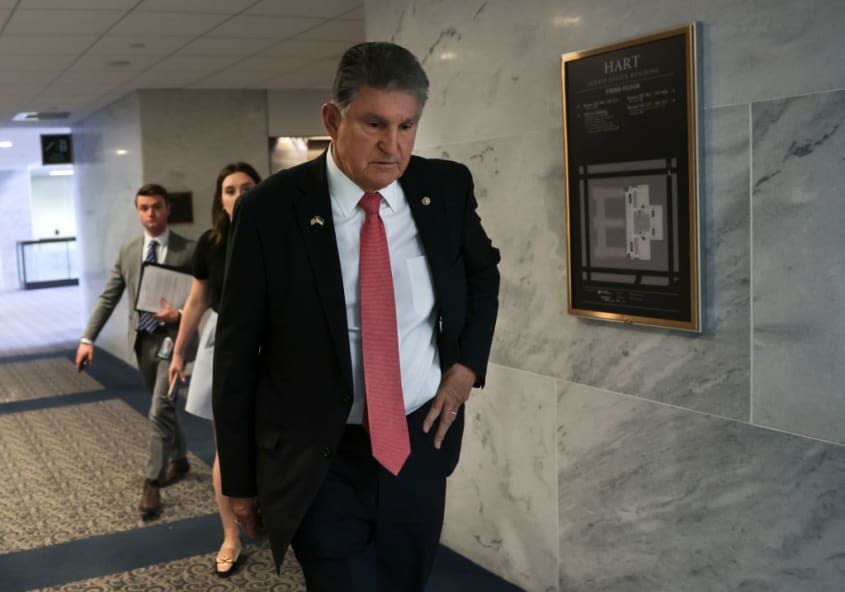 The federal government is nearing the end of its fiscal year, which means Congress is scrambling to put together a stop-gap spending bill designed to last until they can pass a budget (or longer-term funding extension). The Senate appears likely to add $12 billion in funding for Ukraine’s war effort and about $6 billion more in disaster relief funds, while Republicans have essentially rejected President Biden’s requests for $22 billion for COVID-19 needs and $4.5 billion to fight monkeypox.

Progressives are “already balking” at the measure, “a key cog” in the deal Manchin and Senate Majority Leader Chuck Schumer (D-N.Y.) hatched to pass this summer’s Democratic climate, health care, and tax package, Politico reports. And now, even though “construction of energy projects is a longstanding core GOP goal,” Republican senators are threatening to sink the legislation, arguing “they were under no obligation to cough up perhaps a dozen or more votes that Democrats need to get Manchin’s vision done.”

Democrats say Republicans are exacting revenge on Manchin for his deal with Schumer — and Republicans don’t really disagree with that assessment.

“Given what Senator Manchin did on the reconciliation bill, [it’s] engendered a lot of bad blood,” Sen. John Cornyn (R-Texas) told Politico. “There’s not a lot of sympathy on our side to provide Sen. Manchin a reward.” Sen. Ted Cruz (R-Texas) criticized the Democrats’ “corrupt deal.”

Manchin told his GOP colleagues that it would be “horrible politics” for them to sink a measure that speeds up pipeline projects. “Something you’ve always wanted, and you get 80 percent of something, and you’re gonna let the perfect be the enemy of the good?” Manchin said. “It’s a shame that basically the politics is trumping policy that we’ve all wanted for the last 10 or 12 years.”

If Senate Republicans don’t filibuster Manchin’s legislation, a group of House progressives — who probably don’t count themselves among Manchin’s “we” — may do it instead.