Opinion: The trend of parting with pets hits close to home 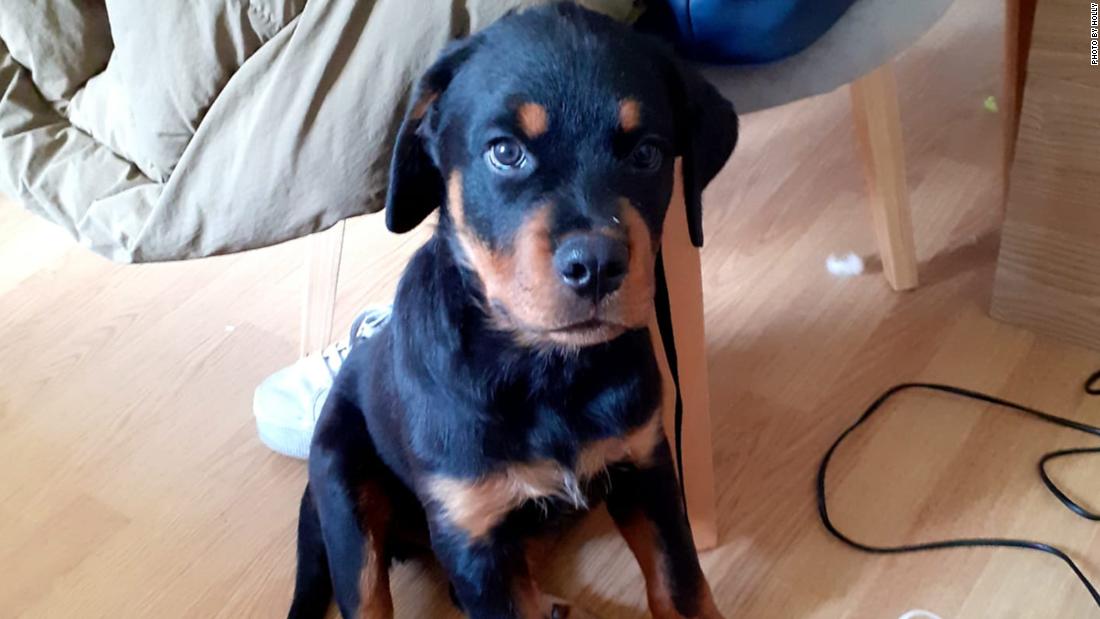 As is so often the case, crisis followed crisis, and once again our pets have become a bellwether for the prevailing emergency, which in 2022, is economic. As the cost of living rockets in the UK, owners are increasingly unable to afford to keep their pets. The Dogs Trust says inquiries about giving up dogs are at their highest ever, and the Royal Society for the Prevention of Cruelty to Animals has warned that shelters are “drowning.”
Stateside, the ASPCA notes that some shelters are seeing a surge in intake and a drop in adoptions this year, while the Bureau of Labor Statistics says the cost of pets and pet products swelled by 8.3% between May 2021 and May 2022. At the grim intersection of both trends, reports of dognapping by criminals hoping to make a quick buck out of desperate would-be owners spiked in 2021.

There’s a narrative here, not just about how catastrophes affect our purchasing patterns, but about what makes the things we value so precious. The number of pets kept after lockdown suggests that within months, these animals proved their worth was far greater than their cost in dollars, or the time and effort spent caring for them.

This should come as no surprise. As anyone who’s cared for a pet knows, the obligation to tend to its basic needs, even the gross ones, can be enough to derail the darkest trains of thought. I don’t believe that a swell in the number of pets being surrendered to shelters signifies a U-turn toward indifference or hardheartedness. I think it’s a measure of the scale of the disaster at hand — one of many that would be more bearable with a sweet, wordless companion close at hand.

I bowed to temptation and got a dog this year, long after doing so ceased to be chic, and the omnipresent sense of dread even informed the breed I chose. For ages, my partner and I had envisioned a miniature dachshund, a delightful court jester of a hound that’s both reliably cheery and weighing in at circa 10 pounds, conveniently portable. As dire headline followed dire headline — especially those surrounding the sickening fates of Sarah Everard and Sabina Nessa, who were both murdered by strangers while walking in London in 2021 — this idea soured.

I didn’t just want a pet, I wanted a bodyguard, one intimidating enough to ward off evil men, but also sweet enough to cheer me up amid the unyielding bleakness of what’s felt like a 30-month winter. I wanted it to be so huge that no thief in their right mind would attempt to haul it away. In the end, I chose a Rottweiler.

This probably sounds absurd to the uninitiated. But Rottweilers — loving, intuitive, eager-to-please Rottweilers — embody so many of the canine idiosyncrasies that are a natural balm to anyone struggling psychologically. If you work from home, as so many people still do in the post-Covid-19 world, it’s easy to spend a day not just indoors, but completely inert.

Throw in the apathy that goes hand in hand with many mental health issues, and it’s easy to remain paralyzed for days. This isn’t possible when you live with an energetic, adoring puppy who’s overjoyed by every second you spend with him, and already strong enough to cause your furniture serious damage if you don’t keep your reflexes sharp. And not only does that animal get you off your butt, he forces you outside, whether you feel like it or not.

Own a dog, and you’ll find yourself meandering with him through the park at dawn, unwashed and drowsy-eyed, sharing nods of recognition with strangers. Walk an uncoordinated, bear-pawed puppy in the city, and you’ll see grizzled men who used to work down at the docks coo lovingly before describing the neighborhood’s whole sticky history to you in vivid detail.

You’ll momentarily forget the lingering rustiness of your post-pandemic social skills, and you’ll learn the names of every local terrier, alsatian and poodle more rapidly than that of any human acquaintance to date. You’ll hold your dog’s leash extra tight any time a stranger comes near, ready to launch yourself in the path of anyone who so much as considers making off with your beloved.

This is why the reports that people are being compelled to part with their pets are so grievous. Of course, pets are a weighty responsibility, cleaning up their mess is revolting and some are more high-maintenance (and expensive) than others. But nothing else that you can buy with money can match the transformations a living, moving, attention-seeking animal brings about.

They aren’t essential, like the heating or housing that millions in the UK will be unable to afford this winter. But they’re not a disposable luxury either, and I find it hard to believe most people who’ve had to make the awful choice between their pet and other vital resources think they are. The devotion they offer in return for the most rudimentary care can make us when we are about to break.

Trends tell stories. This one tells of financial desperation so acute it’s forcing people to part with living, breathing lifelines.