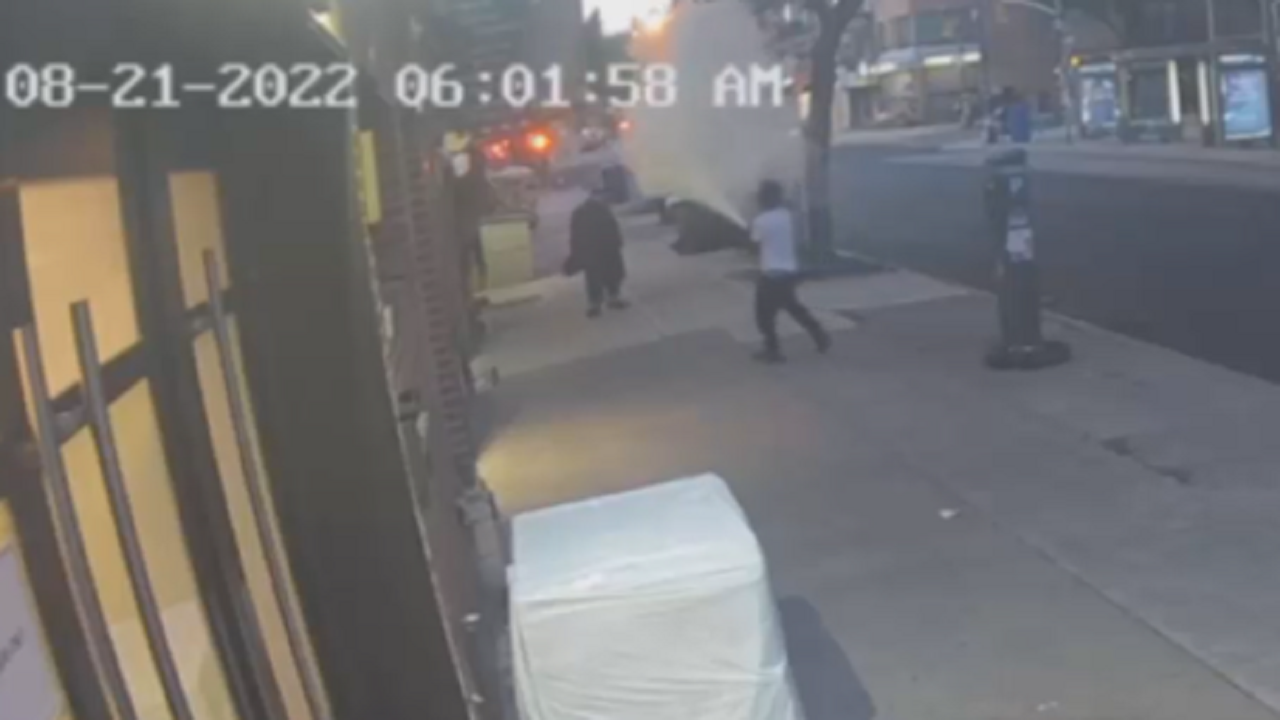 The New York City Police Department tells Fox News Digital that it is investigating a “hate crime assault pattern” in a Brooklyn neighborhood that is home to a large Jewish community, in which victims have been punched, slapped and sprayed with powder from fire extinguishers.

Each of the three incidents happened in Williamsburg this week, with the most recent victim being a 27-year-old man whom investigators say was wearing “traditional Jewish attire” while walking on a sidewalk.

The NYPD says that individual was “approached by an unknown male, who, unprovoked and without words exchanged, slapped the victim on the left side of the face” before fleeing the scene Monday afternoon.

In this attack in Brooklyn Sunday that is being investigated by the NYPD as part of a ‘hate crime assault pattern,’ a suspect is seen approaching a 72-year-old man on the sidewalk.
(NYPD)

Police described the suspect as a “male, dark complexion, 30’s, 5’10” tall, with a medium build,” who was last seen wearing a “yellow shirt, black pants, black boots, [and] a black hat.”

A day earlier, the NYPD says officers responded to a 911 call of an unprovoked, aggravated harassment in which a 72-year-old man “was approached by a group of unidentified individuals, [before] one sprayed him with a powder from a fire extinguisher.”

The suspect is then seen spraying powder from a fire extinguisher on the victim.
(NYPD)

In surveillance footage taken of that incident, clouds of powder from a fire extinguisher can be seen engulfing the victim on a sidewalk before the suspect is pictured sprinting away.

Around the same time of that incident, just a few blocks away, police say a 66-year-old male reported being approached by a group of unidentified individuals, one of which “sprayed him with a powder from a fire extinguisher and then punched him.”

The suspect in the left is being sought in connection to Monday’s incident in Williamsburg, Brooklyn, while police say the man on the right is wanted in connection to both Sunday incidents.
(NYPD)

As of Wednesday, there are no arrests and the NYPD’s Hate Crimes Task Force continues to investigate.