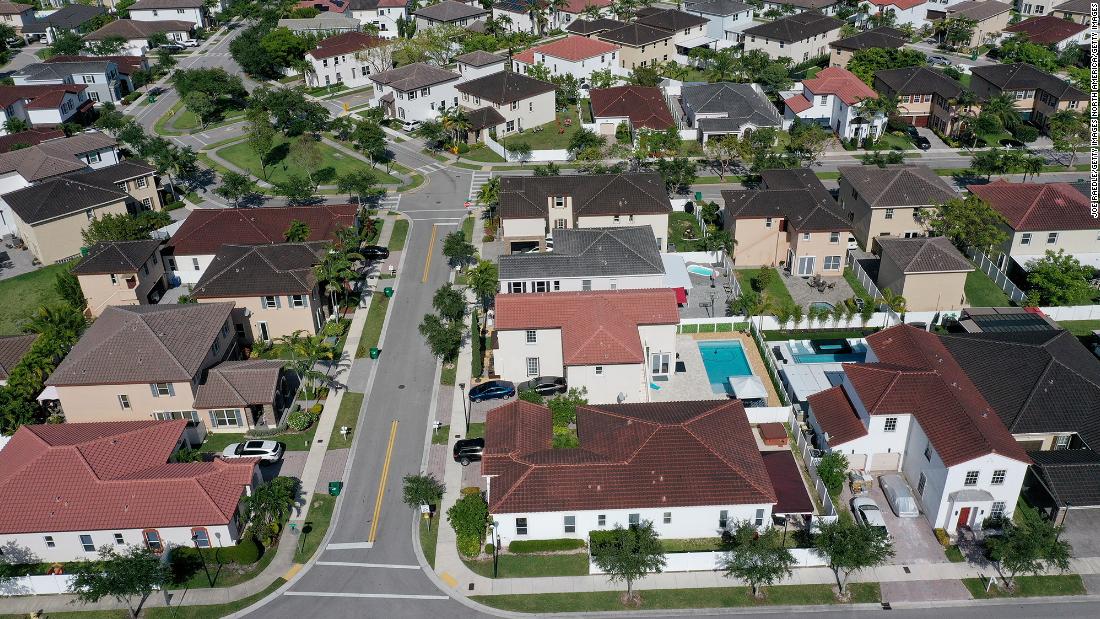 The 30-year fixed-rate mortgage averaged 5.55% in the week ending August 25, up from 5.13% the week before, according to Freddie Mac. That is significantly higher than this time last year when it was 2.87%.

The combination of higher mortgage rates and the slowdown in economic growth is weighing on the housing market, said Sam Khater, Freddie Mac’s chief economist.

“Home sales continue to decline, prices are moderating, and consumer confidence is low,” he said. “But, amid waning demand, there are still potential homebuyers on the sidelines waiting to jump back into the market.”

Mortgage rates tend to track rates for the 10-year Treasury, which advanced last week. Rates have been swinging up and down in recent weeks as investors digest a slew of data that shows the economy is resilient in some areas and softening in others. All eyes will be on Federal Reserve Chairman Jerome Powell’s statements at the Jackson Hole Economic Symposium in Wyoming on Friday, said George Ratiu, Realtor.com manager of economic research.

“Expectations are that he will highlight the central bank’s commitment to continued monetary tightening for the remainder of the year,” said Ratiu. “The Fed’s continued rate hikes, combined with balance sheet reduction through mortgage-backed securities rolloffs are expected to keep upward pressure on mortgage rates.”

Looking ahead to the remainder of this year, he said, consumers’ confidence and their ability to weather higher prices are key to keeping the US economy moving and avoiding a recession.

The upside for prospective buyers is that the housing market is offering a growing number of homes with price reductions. But there is also pullback in sellers bringing their homes to market, further reducing already tight housing inventory.

That is worrying, said Ratiu.

“Amid clear signs that affordability is curbing demand, some homeowners may fear that they missed the market’s peak,” Ratiu said. “With real estate markets still contending with significant under building, compounded by construction companies slashing single-family starts, the transition toward balance is losing steam.”

Mortgage affordability improved over the past month

After skyrocketing during the first part of the year, new mortgage payments came down slightly in July from June, according to a survey from the Mortgage Bankers Association.

The relative improvement in affordability in July came as mortgage rates moved slightly lower and the size of loans got smaller, resulting in lower monthly payments.

“Homebuyer demand has faltered this summer, as lingering economic uncertainty, high inflation, and still-high mortgage rates caused many prospective buyers to delay their home search,” said Edward Seiler, MBA’s associate vice president for housing economics and executive director of the Research Institute for Housing America. “The combination of a strong job market and moderating home price growth could entice some of these buyers to return in the coming months.”

Still, the cost of a mortgage is significantly higher than a year ago, reducing a buyer’s purchasing power. In addition, elevated home prices and inflation are taking a larger chunk of prospective homebuyers’ income.

A year ago, a buyer who put 20% down on a median priced $390,000 home and financed the rest with a 30-year, fixed-rate mortgage at an average interest rate of 2.87% had a monthly mortgage payment of $1,294, according to numbers from Freddie Mac.

Today, a homeowner buying the same priced house with an average rate of 5.55% would pay $1,781 a month in principal and interest. That’s $487 more each month.