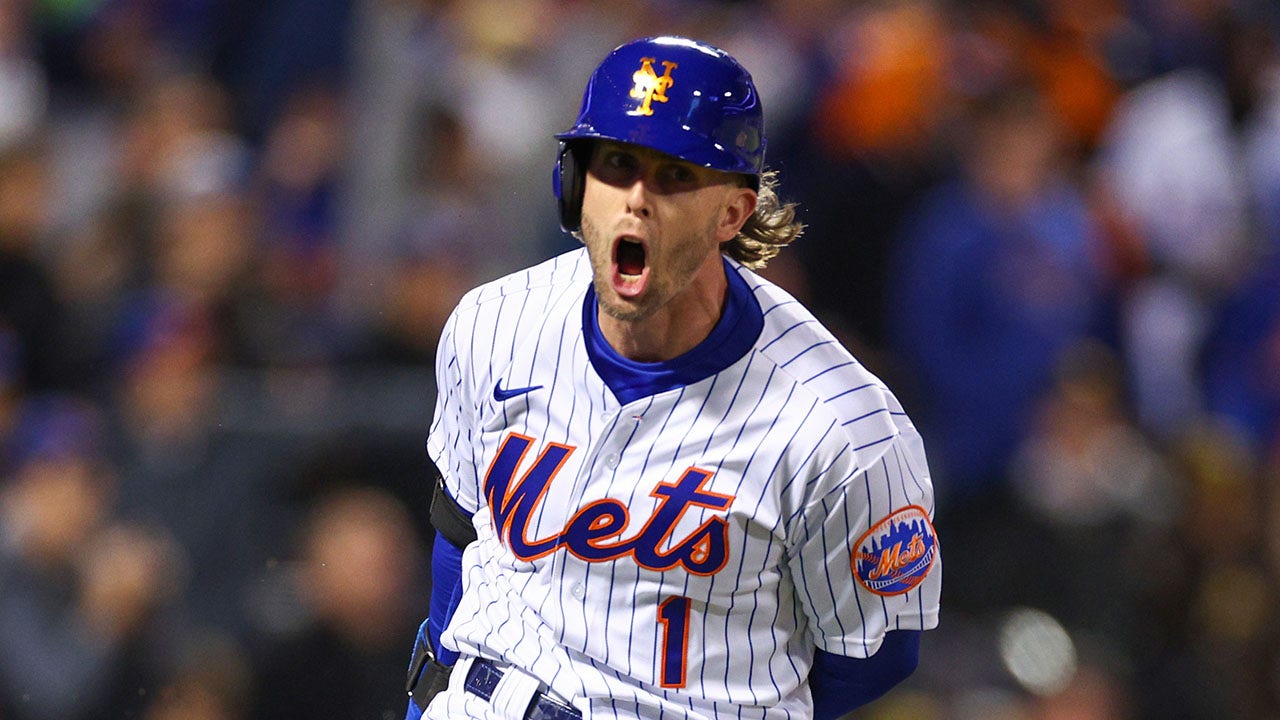 The New York Mets are alive.

It’s been a wild 24 hours in Queens – the panic meter was at a 20 out of 10, and the towel was thrown after Friday’s devastating loss. But with Saturday’s 7-3 win over the San Diego Padres, the momentum is back on their side, and Citi Field will be the hottest ticket in town on Sunday.

With a win in Game 3, all the disappointment Mets fans have had since getting swept by the Atlanta Braves will be close to completely forgotten.

Jeff McNeil of the Mets hits a two-run double against the San Diego Padres in game two of the wild card series at Citi Field on Oct. 8, 2022, in New York City.
(Elsa/Getty Images)

The trumpets sounded earlier than expected, as Edwin Diaz entered the game in the seventh inning with New York up 3-2. He avoided the seventh without trouble, but threw 19 pitches, putting Buck Showalter in a bind.

But the Mets offense finally came through. With the bases loaded, batting champ Jeff McNeil doubled in two runs, giving New York a 5-2 lead. The red-hot Eduardo Escobar added an RBI single, and Daniel Vogelbach’s sac fly made it 7-2.

Sure, the Mets got their lead up to five runs, but Diaz sat in the dugout for a long while, putting Showalter in an even tougher spot. After sitting for over 45 minutes, Diaz came back for the eighth, retired two batters handily, and left to a standing ovation from the crowd.

Showalter went with Adam Ottavino for the final four outs. He got three, but loaded the bases and walked in a run, bringing the tying run to the plate. Showalter brought in Seth Lugo to face Josh Bell, and he grounded out to end the threat, and the game.

2022 MLB POSTSEASON: EVERYTHING YOU NEED TO KNOW ABOUT THE NEW WILD-CARD ROUND

Francisco Lindor gave the Mets the jolt they needed with a solo homer in the first inning. But Trent Grishman again took a Mets ace deep – this time, it was Jacob deGrom. His solo homer in the third tied the game at one. After a Brandon Nimmo RBI single in the fourth, Josh Bell returned the favor to tie the game in the fifth. San Diego had runners on the corners with one out, but deGrom was able to strike out his next two batters to end the threat.

With Citi Field on its feet, Pete Alonso kept them up, as he launched a solo homer to give the Mets a 3-2 lead, and they never looked back.

DeGrom tossed six innings of two-run ball. He didn’t have his best stuff, but it was enough. Blake Snell couldn’t make it past the fourth inning, as he threw 90 pitches in 3.1 innings while allowing four hits and walking six.

The winner of Game 3 will face the 111-win Los Angeles Dodgers in the NLDS. Joe Musgrove will go for the Padres, and the Mets will have Chris Bassitt.

One thought on “Mets stave off elimination with four-run seventh, do-or-die Game 3 set”