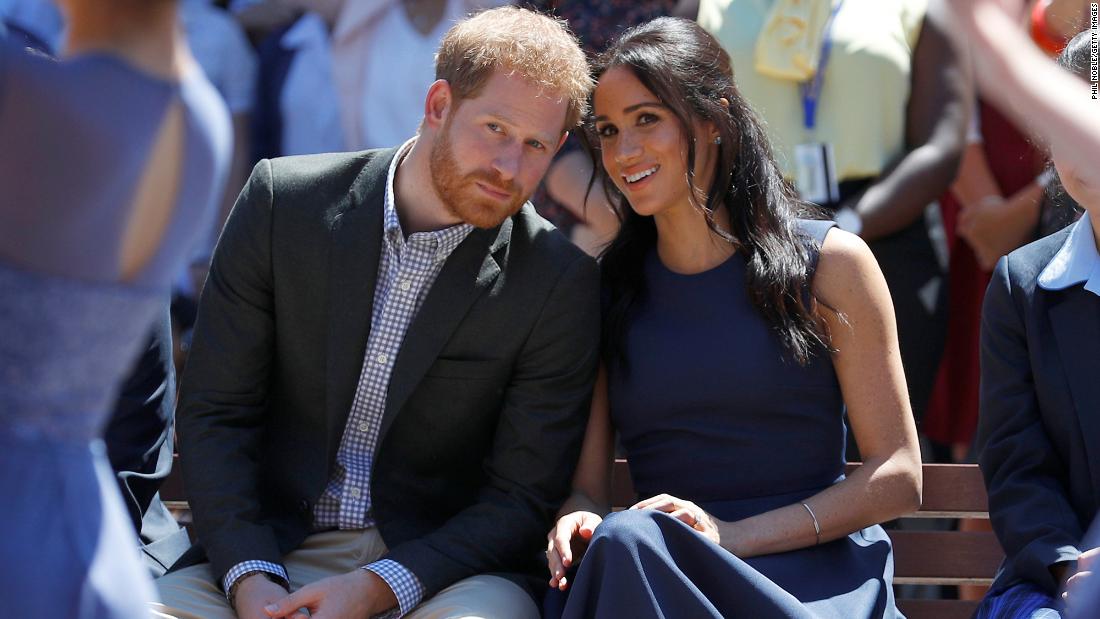 Meghan kicked off her new podcast, “Archetypes,” which “dives into the labels that try to hold women back,” with an episode on “The Misconceptions of Ambition with Serena Williams.”
After starting with a recollection of her experience of successfully lobbying Procter & Gamble to change a sexist ad for dish soap at age 11, she went on to talk with Williams about “that dirty, dirty word when it comes to women — ambition.”

“I don’t ever remember personally feeling the negative connotation behind the word ‘ambitious’ until I started dating my now husband. And, um, apparently ambition is a terrible, terrible thing — for a woman that is — according to some,” said the duchess, who is an executive producer of the podcast, which is a co-production between the Sussexes’ Archewell Audio, Gimlet and Spotify.

“So, since I’ve felt the negativity behind it, it’s really hard to un-feel it. I can’t unsee it, either, in the millions of girls and women who make themselves smaller — so much smaller — on a regular basis,” she added.

Meghan started dating Prince Harry in 2016. They met on a blind date set up by a mutual friend in July of that year and, by November, Harry had released a statement asking for the abuse and harassment, which was often sexist and racist, of his girlfriend to stop.

In her podcast, Meghan spoke about the “pain” of being mischaracterized, adding that if a man is ambitious, it is “so celebrated,” but, in a school classroom, “if a little girl is ambitious or raises her hand more, what is she called? Bossy.”

Williams, whom Meghan said “embodies the spirit of ambition,” agreed and said that “hopefully we can teach our girls to continue to raise their hand and to be fearless.”

Earlier this month, the tennis star announced that she would “evolve away from tennis” after this year’s US Open to focus on “other things that are important to me.”

The 23-time grand slam champion said in the podcast: “My whole life has been one thing and so now I can focus on Serena Ventures, which I’m excited about.”

She also said she wants to “expand” her family: “I’ve been fortunate enough to play tennis really well, but I think my best is being a mom. I think I can really be really good at that.”

The tennis legend went on to speak about how “hard” it was to make the decision and the announcement, revealing, “I was in Switzerland and I was just sitting in the hotel at the desk, just typing and deleting and typing and thinking and then crying and sitting at my computer and tears streaming down my face as I’m writing these words and going back on these memories.”

“Sometimes ambition in women also seems to suggest that you aren’t afraid of anything,” said Meghan. “But as you heard Serena say, of course, fears still exist. I’ve lived through them with her. The fear of making this recent decision.”

“So, while Serena’s soon closing her chapter of playing professional tennis, she’s not shutting the door on her ambition. She’s going to continue to do great things. To be the greatest of all time off the court. To be ambitious, and I think that’s a beautiful thing,” the duchess added.

Sign up to CNN’s Royal News, a weekly dispatch bringing you the inside track on the royal family, what they are up to in public and what’s happening behind palace walls.