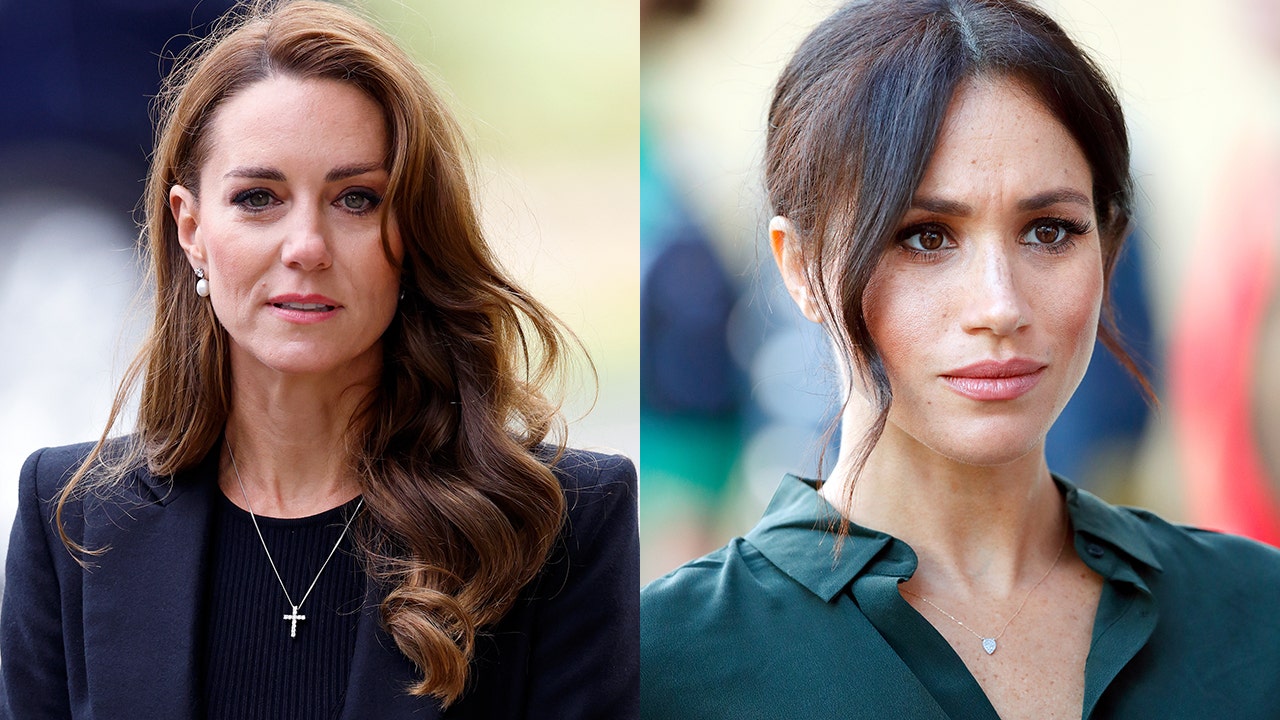 For Katie Nicholl, it’s easy to see why Kate Middleton, the new Princess of Wales, was successful in navigating royal life while Duchess of Sussex Meghan Markle struggled.

Vanity Fair’s royal correspondent has written a new book titled, “The New Royals: Queen Elizabeth’s Legacy and the Future of the Crown,” which explores the lives of those who are now leading the house of Windsor. In it, she details how Kate managed to thrive as a member of the British royal family while Markle ultimately stepped back with her husband, Prince Harry, Duke of Sussex.

“Marrying into the royal family may look easy, it may look like a wonderful life of … round-the-clock staff,” Nicholl explained to Fox News Digital. “The reality is, it’s really tough. … We can look back to [Diana], the Princess of Wales, [and] the struggles that she had, the isolation that she felt at a very early stage in her marriage to the Prince of Wales.”

“And Sarah Ferguson — you know, I don’t think she ever fell out of love with Prince Andrew, but she never got to see him,” she said. “He was busy with his royal career. She was left at home for long periods of time, and eventually, the marriage broke down. When you look to the success stories, you look to Sophie, the Countess of Wessex, who’s had a very long-lasting marriage to Prince Edward.”

Kate, wife of the new heir to the throne, Prince William, both 40, is the eldest of three children. She was once reportedly mocked by some in royal circles for her middle-class upbringing. Her father, Michael, worked as a pilot while her mother, Carole, was a flight attendant before they launched a mail-order business selling party supplies.

“I had a very happy childhood,” she once said. “It was great fun — I’m very lucky I’ve come from a very strong family — my parents were hugely dedicated to us.”

Prince William and Kate Middleton were friends at the University of St. Andrews before a romance blossomed.
(Pool/Tim Graham Picture Library/Getty Images)

The Middletons, from a well-to-do area of Berkshire, west of London, moved to Jordan when the future princess was 2 years old because of her father’s work. They returned to England in 1986. Kate attended the exclusive Marlborough College, where she was active in sports, including hockey, tennis and netball.

In 2001, Kate began studying history of art at the University of St. Andrews, where she met William. The pair were friends for more than a year. While a romance blossomed, the couple split in 2007. William later acknowledged that their relationship wobbled for several months, saying they were both young and trying to find their way.

It didn’t take long for British tabloids to target Kate. She was nicknamed “Waity Katie,” suggesting that she was waiting for William to propose. According to reports, the couple got back together in 2008. William proposed to Kate in 2010 while vacationing in Kenya. It’s believed that the palace didn’t officially announce the engagement until a few weeks later. They said “I do” in 2011 and are now parents to three children.

In 2010, Clarence House announced the engagement of Prince William and Kate Middleton. They tied the knot a year later.
(Chris Jackson/Getty Images)

The Duke and Duchess of Sussex’s whirlwind romance moved at lighting speed in comparison to the Prince and Princess of Wales. The former American actress, 41, met the British prince in 2016 after being set up on a blind date. In 2017, Kensington Palace confirmed the couple’s engagement. They married in 2018. The Duke and Duchess of Sussex’s departures from royal duties began in 2020 over what they described as the media’s intrusions and racist attitudes toward the former “Suits” star. The family now resides in California with their two children.

“I think you look to the new Princess of Wales because she married as a commoner and is the first commoner in hundreds of years to marry a future king,” Nicholl explained. “And she has made a remarkable success of that role. I think the 10-year courtship that she and William had was really crucial to her success as a royal. William said it at the time of their engagement, and it had been a long engagement. It gave Kate the time to … really understand what royal life was going to be like and actually [decide] if it was what she wanted. So, I think that 10-year courtship was absolutely fundamental.”

“It also enabled them to have a really solid foundation as a couple,” Nicholl continued. “And of course, it gave her time to work out what she was going to do when she became a royal. And, you know, I think it’s to Kate’s great credit as she steps into those very big shoes to fill as the Princess of Wales, that her greatest success has been to carve her own role within the royal family to create an identity of her own. And actually, that’s not easy. It’s not easy [to be] in the shadow of Diana, but she’s managed to do it, I think.”

Kate, now the Princess of Wales, and her son, Prince Louis, attend the Platinum Pageant on The Mall on June 5, 2022, in London.
(Max Mumby/Indigo/Getty Images)

According to the royal family’s website, Kate devotes her time to several causes, including early childhood support, children’s mental health and the benefits of participating in sports. As a photographer, she is the patron of several arts organizations and is known for sharing many of her photos with the public over the years.

Today, Kate has been recognized as a “reliable royal” who supports the monarchy without scandal.

During 11 years under the royal microscope, the princess has largely avoided criticism by adopting the royal maxim “never complain, never explain.”

In a March 2021 interview with Oprah Winfrey, right, Meghan, the Duchess of Sussex (seen here, left, with Prince Harry), claimed it was Kate Middleton who made her cry before the 2018 royal wedding. Kate never publicly responded to the allegation.
(AP)

This was apparent last year when the Duchess of Sussex alleged in an interview with Oprah Winfrey that Kate had made her cry during a disagreement over flower girl dresses in the run-up to the Sussexes’ wedding. The princess and the palace responded with silence.

Nicholl, who has watched Kate for years, previously described the royal as gutsy and self-assured — a person aware of her strengths.

“I think the monarchy is in safe hands,” said Nicholl.

Kate Middleton, right, shows husband Prince William and Queen Elizabeth II around the “Back to Nature Garden” during their visit to the 2019 RHS Chelsea Flower Show in London on May 20, 2019.
(Geoff Pugh/Pool/AFP via Getty Images)

King Charles III made Kate and William the new Prince and Princess of Wales a day after Queen Elizabeth II’s death. The monarch passed away on Sept. 8 at Balmoral Castle in Scotland. She was 96.