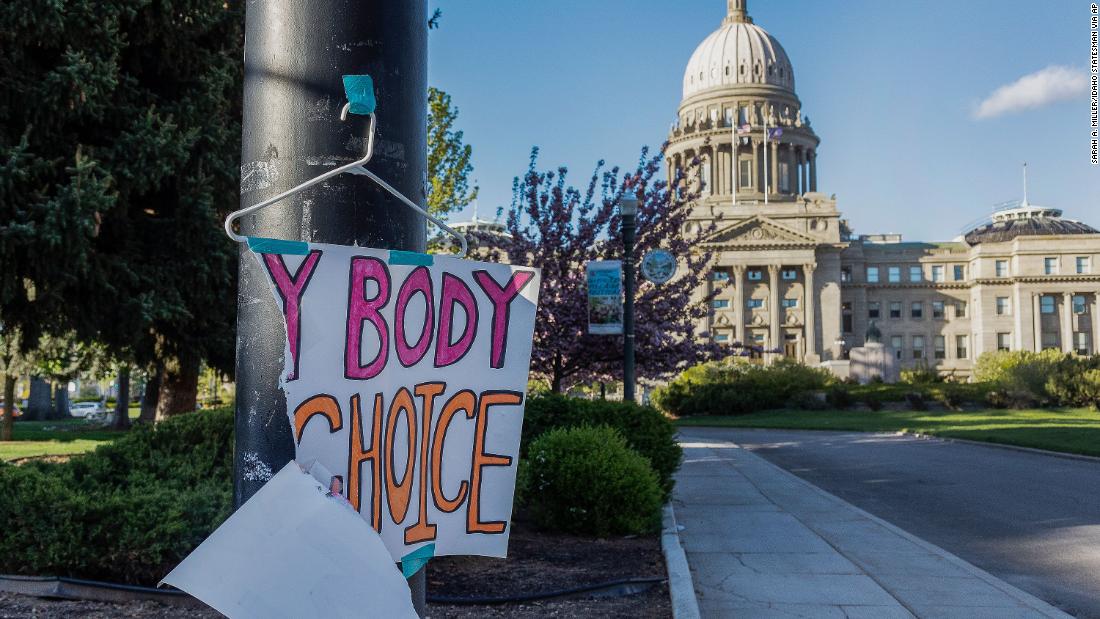 In comments made during a hearing in the Biden administration’s challenge to the law, US District Judge B. Lynn Winmill appeared particularly troubled by arguments put forward by the state legislature, whose lawyer claimed that Idaho prosecutors would not bring cases against physicians in those cases.

“The concern is, of course, that real world events are very hard to predict,” the judge said toward the end of the nearly two hours of oral arguments. “And I think the case law is very clear that it is the text that matters.”

The case turns on whether Idaho’s limited exemption for emergency medical situations — which only applies, under the state law, when the physician believes the abortion “was necessary to prevent the death of the pregnant woman ” — would create criminal liability for doctors who were obligated under federal standards for emergency care to offer to perform an abortion because of other serious health risks a patient was facing, short of death.

“I think it is not much comfort to a doctor, in that there is a sitting prosecutor who they think will not enforce it, but no one knows for sure,” Winmill said.

The judge did not announce a decision from the bench. He said he planned to issue a written order by Wednesday on the Justice Department’s request for a preliminary injunction, the day before the ban is set to go into effect. The department’s lawsuit is the most high-profile step the Biden administration has taken to mitigate the effects of an extreme state abortion ban that is now being allowed to take effect with the Supreme Court’s reversal in June of Roe v. Wade’s federal abortion rights protections.

The Justice Department is not challenging the Idaho law in its entirety. Rather, the administration is asking that the ban should be blocked in situations where its enforcement would create a conflict with a federal law known as EMTALA, or the Emergency Medical Treatment and Active Labor Act. That federal law establishes the standards of care hospitals must offer emergency patients and the law threatens civil penalties, as well as loss of the Medicare or Medicaid funding, for hospitals that don’t meet its obligations.

In its lawsuit, the Justice Department argues that two particular aspects of Idaho’s abortion ban put it in conflict with the federal law. One is that it offers an exemption for providers only in cases where the abortion was deemed necessary to “prevent death” — a much narrower circumstance than the other types of health risks EMTALA contemplates, which include risks of “serious impairment to bodily functions,” or “serious dysfunction” of bodily organs.

Secondly, under the Idaho law, providers who perform an abortion as part of emergency care for a patient in a life-or-death scenario aren’t exempted from prosecution. Instead the exemption can be used as an affirmative defense the physician can raise for the jury when he or she is on trial.

Later in the hearing, the judge seemed to agree, telling a lawyer for the Idaho attorney general’s office that that distinction was “a huge difference.”

Winmill posed a series of hypotheticals to Brian Church, who represented the Idaho attorney general’s office. The judge asked Church about what he would advise a doctor if he was serving as the doctor’s lawyer and the doctor called him concerned that she would be prosecuted for administering an abortion she was planning to offer in a health emergency situation.

Winmill suggested that there was “a complete conflict” between state and federal law “when there is only an exception to prevent the death of a patient” under Idaho’s law, “but EMTALA says you have to be concerned about their health as well.”

During the exchange, Church acknowledged the ban’s exemption would not apply in a situation where a patient did not face the risk of death but was facing other kinds of serious health risks.

Attorney Monte Stewart — who was arguing for the Idaho legislature, which was allowed to intervene to present argument in the case — addressed the hypothetical as well. He told the judge that he would have no problem telling a physician to go forward with the procedure, because no prosecutor would actually bring a case in that scenario.

“In the real world, there will not be a prosecution,” Stewart claimed, prompting pushback from the judge.