'I cried watching my daughter,' says father of woman who drowned while livestreaming on Facebook 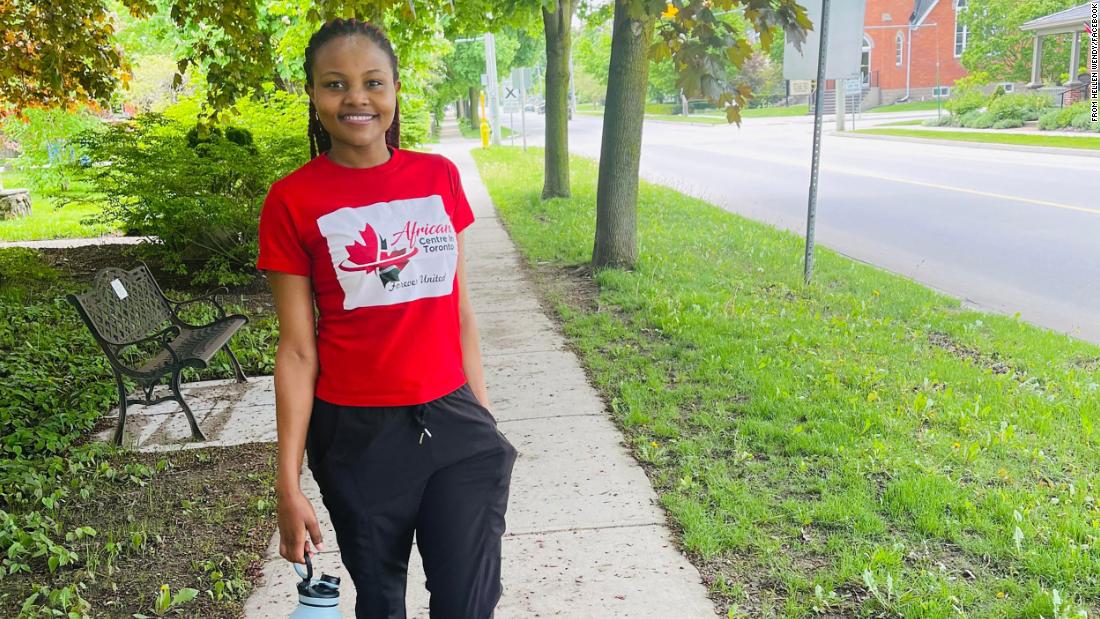 Hellen Wendy Nyabuto could be seen in a video struggling to stay afloat after diving into the deep end of the pool last week.

The 23-year-old health worker, who lived in Toronto, had earlier responded to comments from viewers before resuming her swim.

Her body was spotted hours later at the bottom of the pool. According to her brother, she drowned in Collingwood, Ontario, the town where she worked.

Her father Nyabuto John Kiyondi, 56 told CNN from his home in Kenya: “I watched that video. I cried. It is terrible.”

“She communicated with me two days before she perished. She sounded very fine and I was very happy. She promised me a phone. I didn’t feel anything abnormal,” he said.

Nyabuto lived with her younger brother Enock in an apartment in Toronto and worked part-time as a health worker while studying nursing, her family said.

“She has been in Canada for about three years,” Enock, who is one of her five siblings said.

“All the financial responsibilities (of their family in Kenya) were on her,” he added.

‘Back to square one’

Wendy’s father, a smallholder farmer in Kisii, southwest Kenya, said he is “back to square one” now that his daughter is gone.

“She was assisting me financially to educate her siblings, particularly in terms of school fees and other expenses. I’m stuck now and back to square one. I’m wondering how her younger siblings will continue schooling,” Kiyondi told CNN.

All he now wants is his daughter’s body returned to Kenya.

“According to our tradition, one is supposed to be buried where he or she was born. I’ll not feel comfortable, psychologically, if my daughter is buried away from Kenya,” he said.

Repatriating Wendy’s body will take a toll on her family’s meager resources and Enock said they’ve started a GoFundMe campaign to raise 50,000 Canadian dollars (around $38,000) to help with her burial costs.

“The family is going through a rough time now. All we want is for her body to be transported back home for burial,” he said.