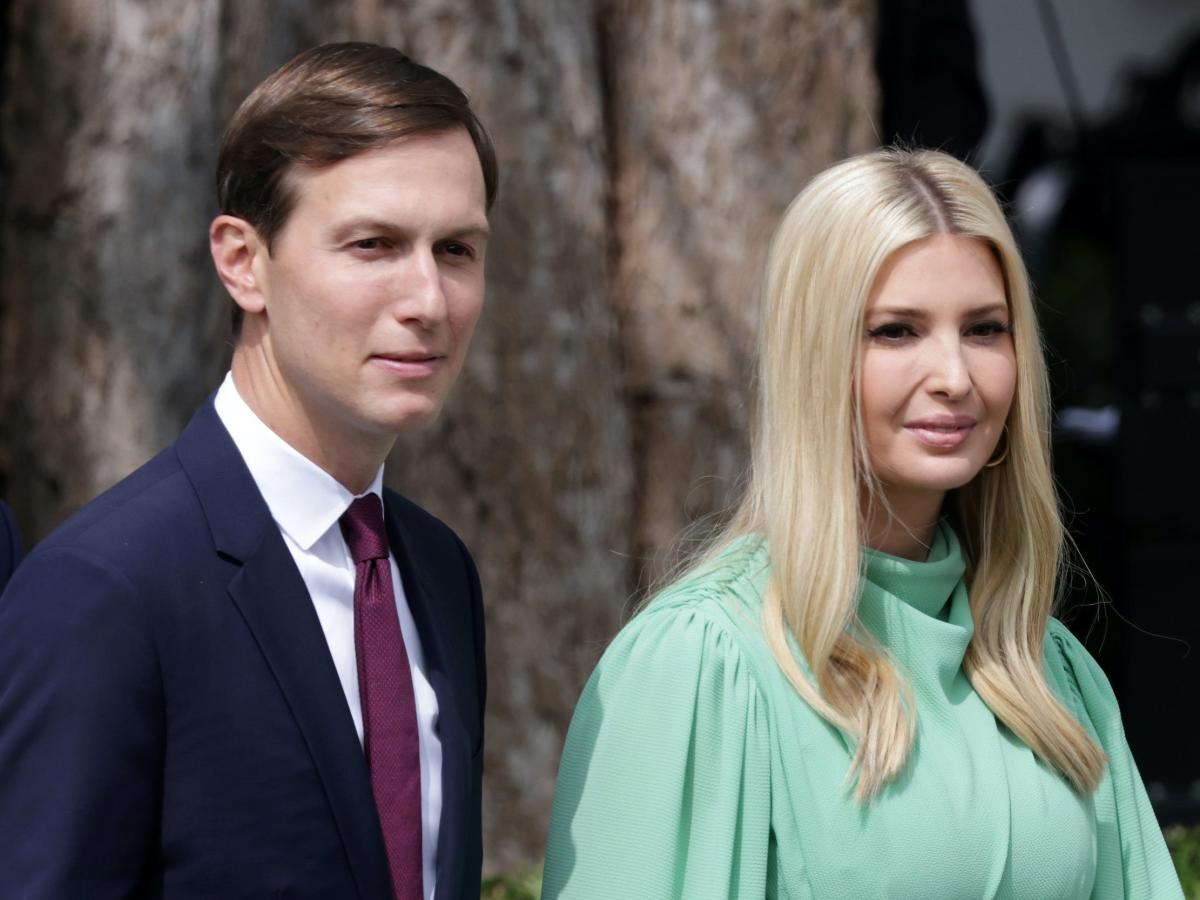 In his new memoir, Kushner describes telling Trump about his plans to surprise Ivanka with a proposal.

“Later, I learned that right after I left, Trump picked up the intercom and alerted Ivanka that she should expect an imminent proposal,” Kushner wrote in the book, according to MailOnline.

Kushner’s new memoir “Breaking History” recounts his time as a senior adviser to Trump during his presidency.

Kushner describes in the book taking Ivanka to see the Broadway show Wicked while his brother decorated his apartment with rose petals and lit candles. He later proposed outside of the apartment door, according to the outlet.

In an interview with British broadcaster Sky News on Friday, Kushner described how he became worried as the Broadway show was delayed.

“I took my wife to a Broadway show that night and Broadway shows always start on time, they start like clockwork. For whatever reason, that one was delayed and my brother was in my apartment with candles and roses and I was just worried that the whole place would burn down,” he said.

“So we got there. I was very, very nervous, but luckily she said ‘yes,’ and it’s been an amazing journey together ever since.”

He told Sky News’ Kay Burley that he did not know that Trump had ruined the surprise until later.

The couple married at the Trump National Golf Club in Bedminster, New Jersey, in 2009, and have three children.

In his interview with Sky News, Kushner also suggested that he would not join another Trump administration and said that his father-in-law was “obviously thinking” about running again.