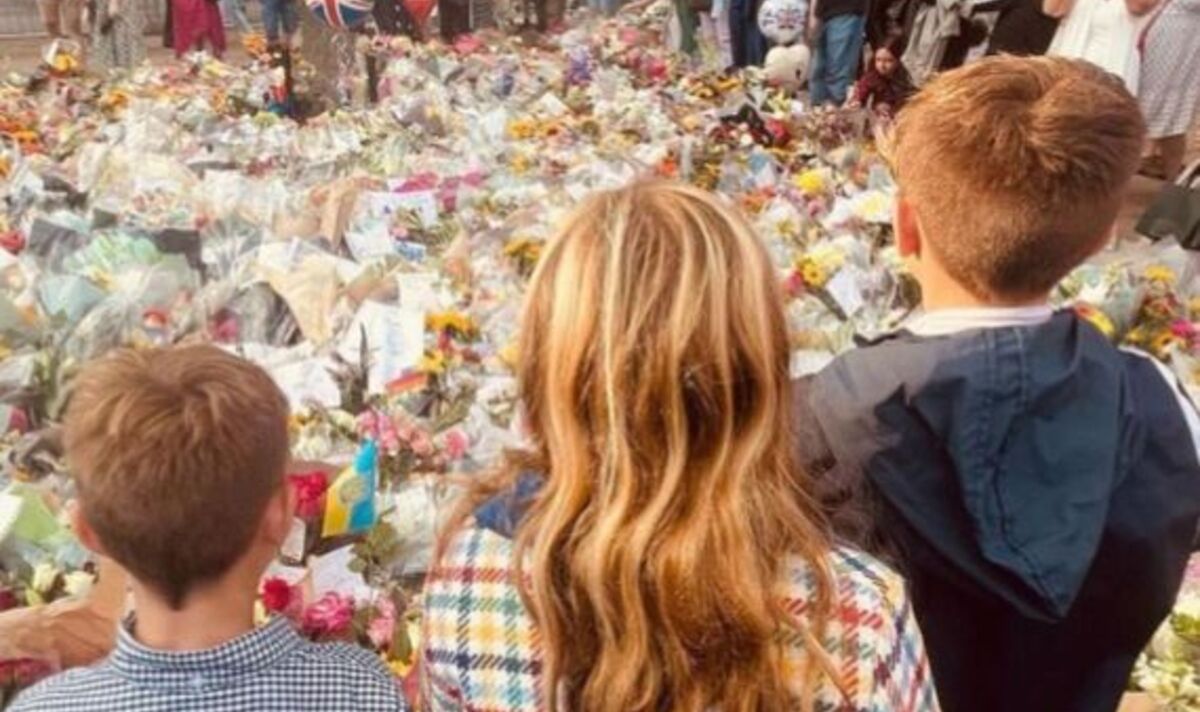 The 41-year-old This Morning host took a picture of the back of her children, Harry, Belle and Chester, who all stared at the thousands of flowers laid by members of the public in tribute to the late monarch who died on Thursday, September 8.

The star, who prefers to keep the identity of her three young children hidden from the public, also shared another moment of her daughter, Belle, placing a card on top of a bunch of flowers, her long blonde hair covering her face.

Alongside the two pictures, Holly wrote the caption: “Time to reflect and pay our respects… the children wrote the most beautiful words…”

Sharing the photos, a handful of Holly’s celebrity friends commented on the post including fellow stars of This Morning Alison Hammond and Vanessa Feltz were among them.