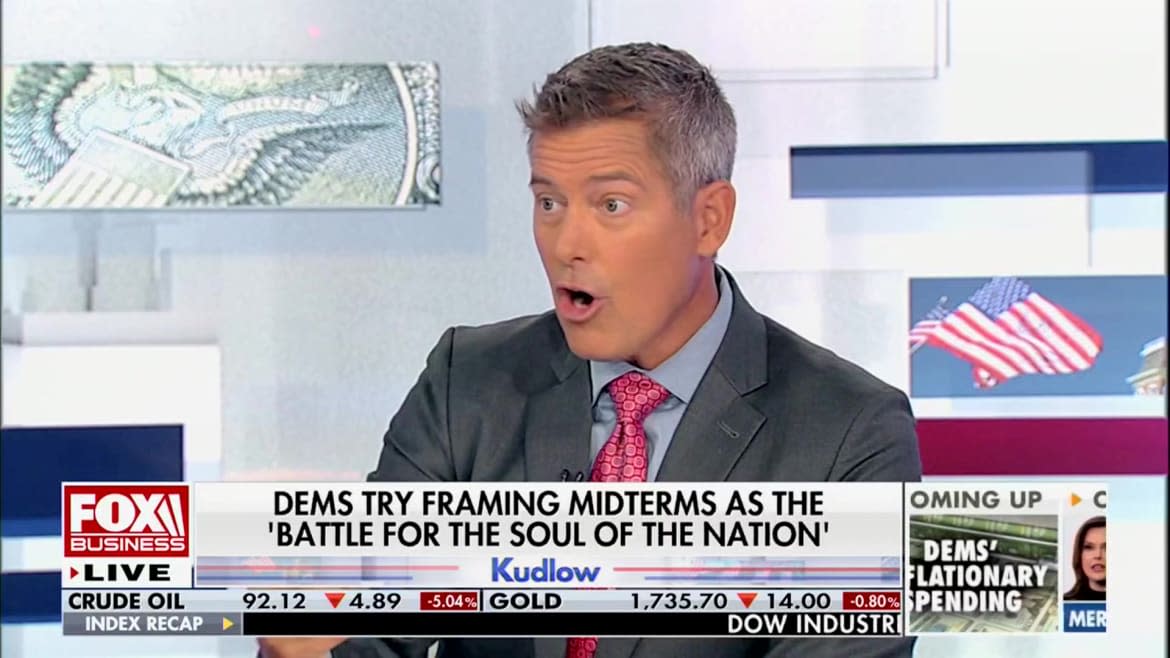 While virtually ignoring Trump’s recent demands that he either be reinstated to the White House or a new election be held “immediately,” Fox hosts and commentators have had a two-day meltdown over Biden’s “semi-fascism” remarks about Trump’s political brand. Some on the network have made their intentions clear, directly comparing it to Hillary Clinton’s “basket of deplorables” moment that shook up her 2016 presidential campaign.

After Kilmeade said that Biden is bringing up the “extreme behavior” of MAGA conservatives to “cue up the next round of Jan. 6 hearings,” Duffy suggested that Trump’s verbal attacks and insults were only ever personal and aimed at specific individuals.

Then, with a straight face, the one-time Real World star added: “He went after people individually, but he never went after a whole group of people!”

Naturally, anyone who lived through Trump’s 2016 presidential campaign and subsequent term in office knows that this is far from true.

Even if you discount Trump describing Mexicans as drug-dealing “rapists” and calling for all Muslims to be banned from the United States on the campaign trail as not part of his “presidency,” as Duffy described it, there are still countless examples of the ex-president insulting large swaths of people.

First off, Trump basically called Mexicans rapists again in 2018. And he turned his campaign promise to deny entry into the U.S. for Muslims into a travel ban shortly after taking office.

Beyond that, then-President Trump also called Latin American and African nations “shithole countries,” relentlessly labeled the mainstream media “the enemy of the people,” attacked Black Lives Matters protesters as “thugs” and “anarchists,” and described cities run by Democratic mayors as “crime infested” and a “real mess.” And the list goes on and on and on.

Read more at The Daily Beast.

Get the Daily Beast’s biggest scoops and scandals delivered right to your inbox. Sign up now.