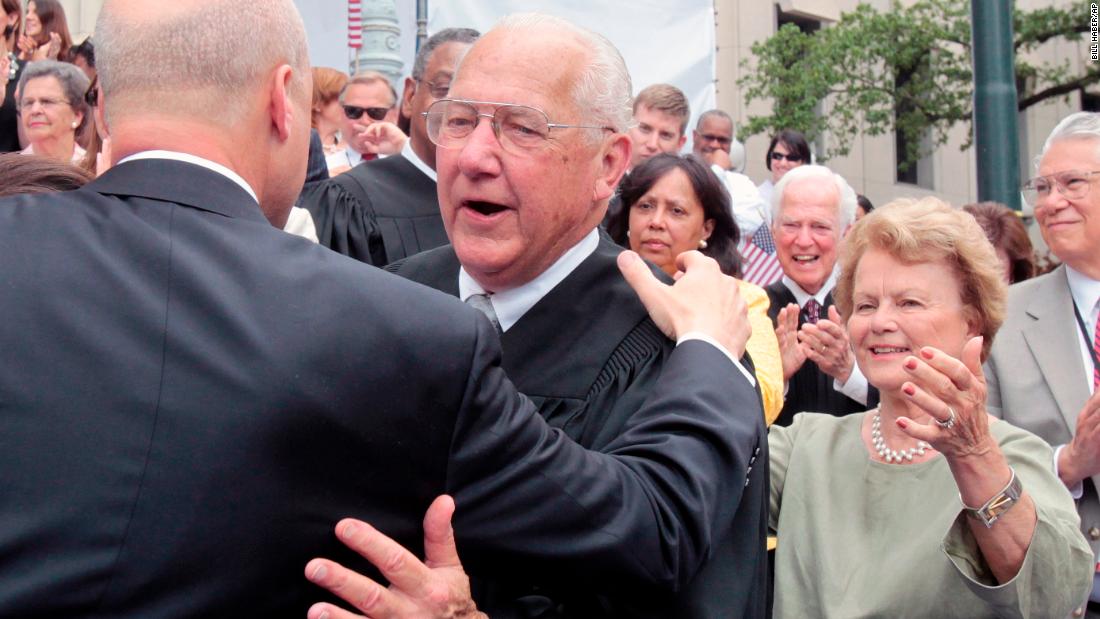 Landrieu died at his home in New Orleans with his family present, Berni said.

“I never met anyone with a stronger moral compass. Moon Landrieu always fought for what he thought was right and just. I cherish the time I spent learning from him, long after he left public life. Please keep the Landrieu family in your prayers,” Berni wrote in a Monday tweet.
Landrieu, who was mayor of New Orleans from 1970 until 1978, headed a powerful Democratic political family in New Orleans. His daughter, Mary, was a US senator from Louisiana from 1997 to 2015, and his son, Mitch, also a former mayor of New Orleans, is a senior adviser and infrastructure coordinator in the Biden administration.

As mayor, Moon Landrieu championed integration in the city, winning him the respect of many Black voters when he opened high-ranking city jobs and contracts to African Americans. And as a city councilman before that, he led a successful push for a city ordinance outlawing segregation based on race or religion in public accommodations.

Current New Orleans Mayor LaToya Cantrell on Monday remembered the late mayor as a “civil rights trailblazer and dedicated public [servant].” She added that his “urban policy vision helped shape this city, and the racial coalitions he built in the face of division continues to inspire generations.”

“As intertwined with the city of New Orleans as anyone in her beloved history, Moon Landrieu has earned our deepest gratitude, and we are comforted in the notion that his legacy will continue to live on,” Cantrell said in a statement.
Louisiana Democratic Gov. John Bel Edwards has ordered flags to be flown at half-staff on the day of Landrieu’s funeral.
“Moon Landrieu was a courageous and defining voice for Louisiana and his beloved hometown of New Orleans,” Edwards said in a tweet. “As a newly-elected member of the Louisiana House of Representatives, he was the only member to vote against a 1960 bill that sought to defy federal integration orders.”

After leaving the mayor’s office, Landrieu served as former President Jimmy Carter’s second secretary of Housing and Urban Development, and he was elected in 1992 to serve as a judge on Louisiana’s Fourth Circuit Court of Appeal. He retired from the court in 2000.