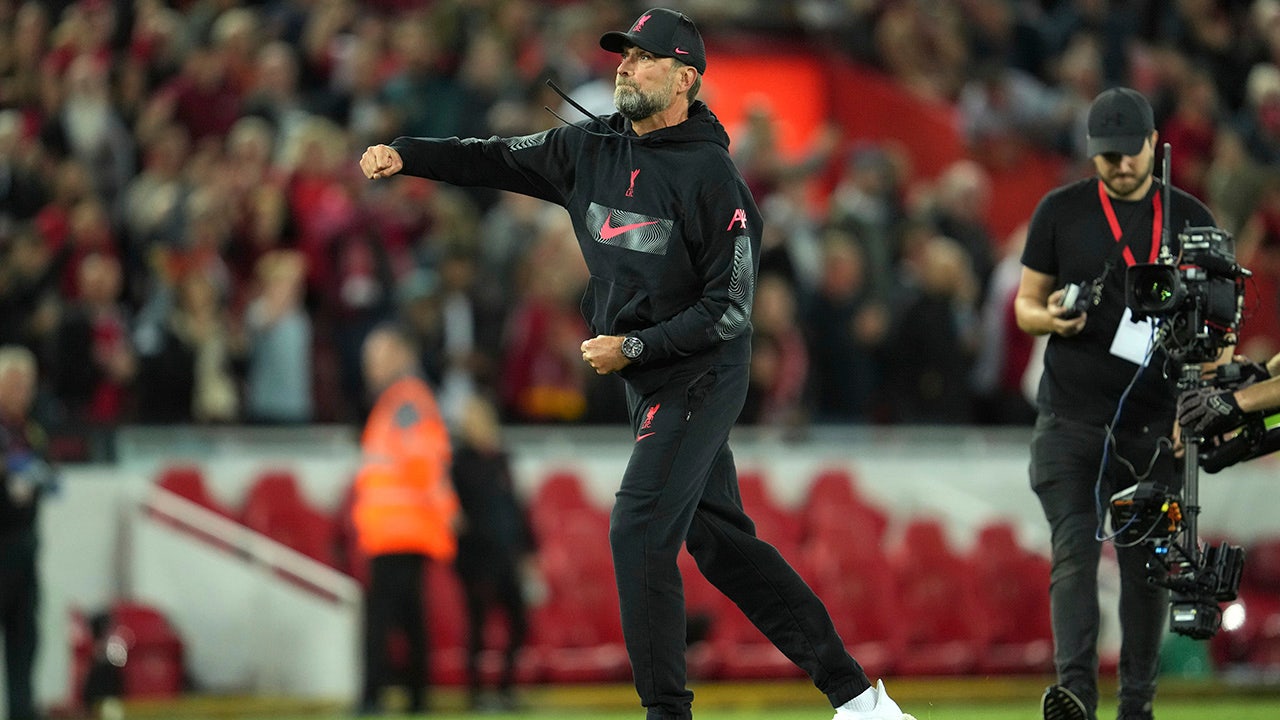 Liverpool manager Jürgen Klopp said he expects the team’s fans to show “the right respect” when a period of silence is held before the Champions League match against Ajax at Anfield on Tuesday in honor of Queen Elizabeth II.

Liverpool supporters booed the national anthem — which was formerly “God Save the Queen” — when it was played ahead of the FA Cup final in May and the Community Shield in July because of what is perceived to be a long-held opposition toward the establishment.

There have been periods of silence before sporting fixtures and events around the country since the death of the queen at the age of 96 on Thursday, and UEFA on Monday granted a request by Liverpool for one to take place before the Ajax game. It will be Liverpool’s first game since the queen’s death, with the team’s home match against Wolverhampton on Saturday having been called off as a market of respect.

Klopp said it would be “the right thing to do” for Liverpool to make the tribute and referred to how his club’s fans conducted themselves during a Premier League match against fierce rival Manchester United in April, which took place a day after the death of one of Cristiano Ronaldo’s new-born twins.

There was a show of support from both teams’ fans for Ronaldo, with Liverpool’s supporters making a brief rendition of their club anthem — “You’ll Never Walk Alone” — amid applause around Anfield.

“I don’t think our people need any advice from me for showing respect,” Klopp said. “There are plenty of examples where people show exactly the right respect.

“One, surprisingly, and I was really proud of that moment, was when we played Man United after a very sad situation in Cristiano Ronaldo’s family. That is what I expect. For me, it is clear it is what we have to do.”

Liverpool fans booed the national anthem in the 1980s and during what some refer to as the “managed decline” of the city during the tenure of the Conservative Party-led government. Deepening those feelings was the failing of the government following the Hillsborough Stadium disaster and many from the left-leaning city continue to feel let down by the state.

Liverpool fans jeered the national anthem and the introduction of Prince William, the queen’s grandson, before the FA Cup final against Chelsea.

Klopp was asked how he felt when he heard about the death of the queen.

“I’m 55 years old and she’s the only queen I ever knew,” the German coach said. “As far as I know — I don’t know her — but the things we have seen of her, she was a really warm, nice, beloved lady. That’s all I need to know.

“Because of my personal experience — and it’s not what I think, it’s what people think who are much closer to her — I respect their grief a lot and that’s why I will show my respect tomorrow night.”

Liverpool’s manager Jurgen Klopp smiles during his team’s warm up before the group A Champions League soccer match between Napoli and Liverpool at the Diego Armando Maradona stadium in Naples, Italy, Wednesday, Sept. 7, 2022.
(AP Photo/Andrew Medichini)

The Liverpool and Ajax players will wear black armbands for the match and flags at Anfield have been lowered to half-staff. The club crests on all social media platforms have changed to black and white, representing the colors of the mourning period in Britain.