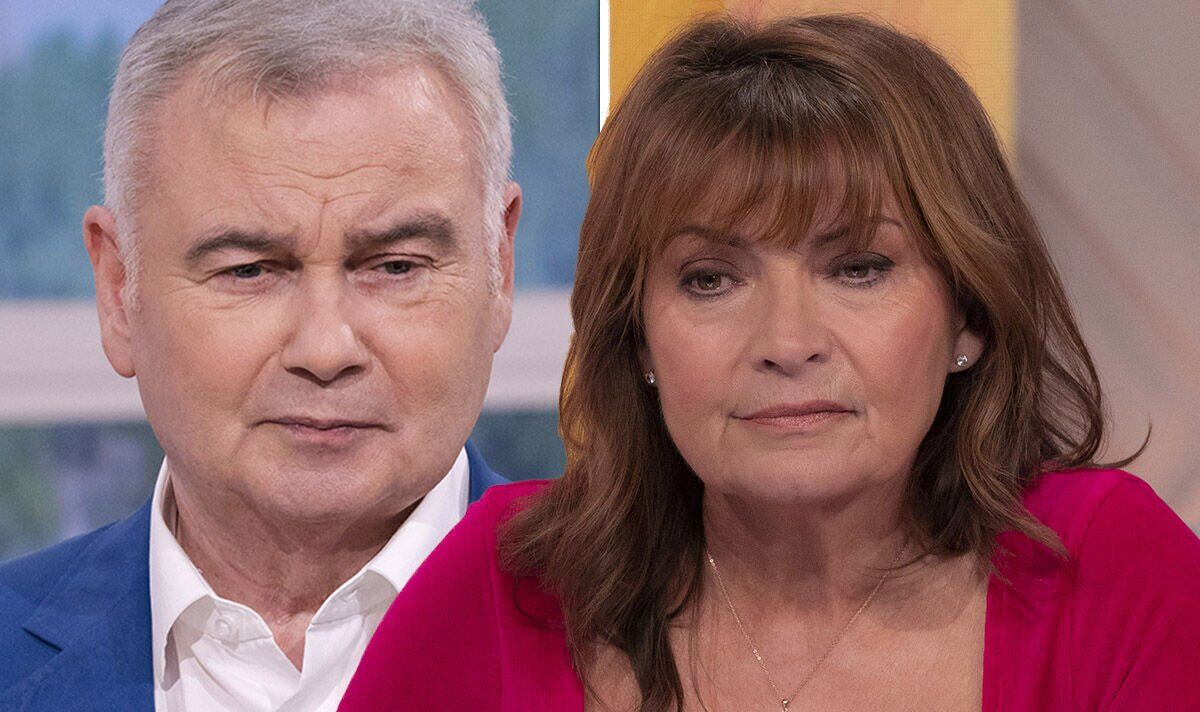 Eamonn Holmes, 62, is still in the middle of a tax row with HMRC after the non-ministerial department of the UK Government accused the presenter of paying lower taxes by claiming that he was working as a freelancer. The former This Morning presenter was first targeted by HMRC back in 2018, after they claimed that his former jobs at Sky News, GMTV, Channel 5 and This Morning were staff jobs rather than self-employment.

Speaking to Express.co.uk about his ongoing appeal, the latest of which he lost, Eamonn shared: “[It] was the most horrible experience of my life.

“I had just come away two weeks earlier from the Inland Revenue bringing me to court about IR35 about being self employed or not.

“It seems to be very, very unfair that they can attack you retrospectively.”

The GB News breakfast host then went on to say that unlike Lorraine Kelly, 62, he has been unable to avoid the scrutiny of the taxman.

Speaking on Lorraine’s “unusual” case, in which she faced a £1.2 million tax bill after she was targeted by HMRC back in 2016 on the same grounds as Eamonn, the presenter said: “She’s one of the few people who’s won it, because she said, in her defence, she wasn’t Lorraine.

“She said that she is a character that played Lorraine Kelly, and therefore it was like being an actor.

“Whereas people like me stupidly say, ‘Well, I’m the same person on screen as I am off screen.’

“That negates my defence.”

The star finished by saying: “So she is one of the few people who has gone off the radar.”

With his battle with HMRC having gone on for nearly four years, Eamonn explained the physical toll it has taken on his health, including a battle with shingles, which developed back in 2018.

Defending himself, Eamonn added: “It is nonsense. I work for everybody and anybody and I get no benefits, no holiday pay, no dividends, no sick leave, no nothing.

“So anyway, it’s stressful and was the biggest stress, and it hasn’t gone away out of my life.”

As part of his refusal to accept the £250,000 tax charges, Eamonn took HMRC to court to appeal, which he later lost.

Eamonn now owes even more money, with the addition of legal bills and the interest on the tax from HMRC.

“I haven’t paid them any money that they are due yet, and I have appealed and the appeal won’t be heard until next January, but it has cost so much money,” the star emotionally explained.

“Hundreds of thousands of pounds just to set up the legal situation, and then they will be looking for £2 million or so afterwards.

With Eamonn in a seemingly desperate situation, back in January 2022, Lorraine gave her side of the story concerning her triumph over HMRC, after jokes mocking the fact Lorraine was playing a character emerged.

Speaking to the Guardian at the time, Lorraine said that she “never got a chance” to put her side of the story across .

She went on to say: “I don’t want people to think I would do anything to get out of paying what I should be paying.

She went on to say that she found it comical that the judge ruled that they “did not accept that Ms Kelly simply appeared as herself” on TV, instead presenting “a persona of herself”, which is “public ‘Lorraine Kelly’”.