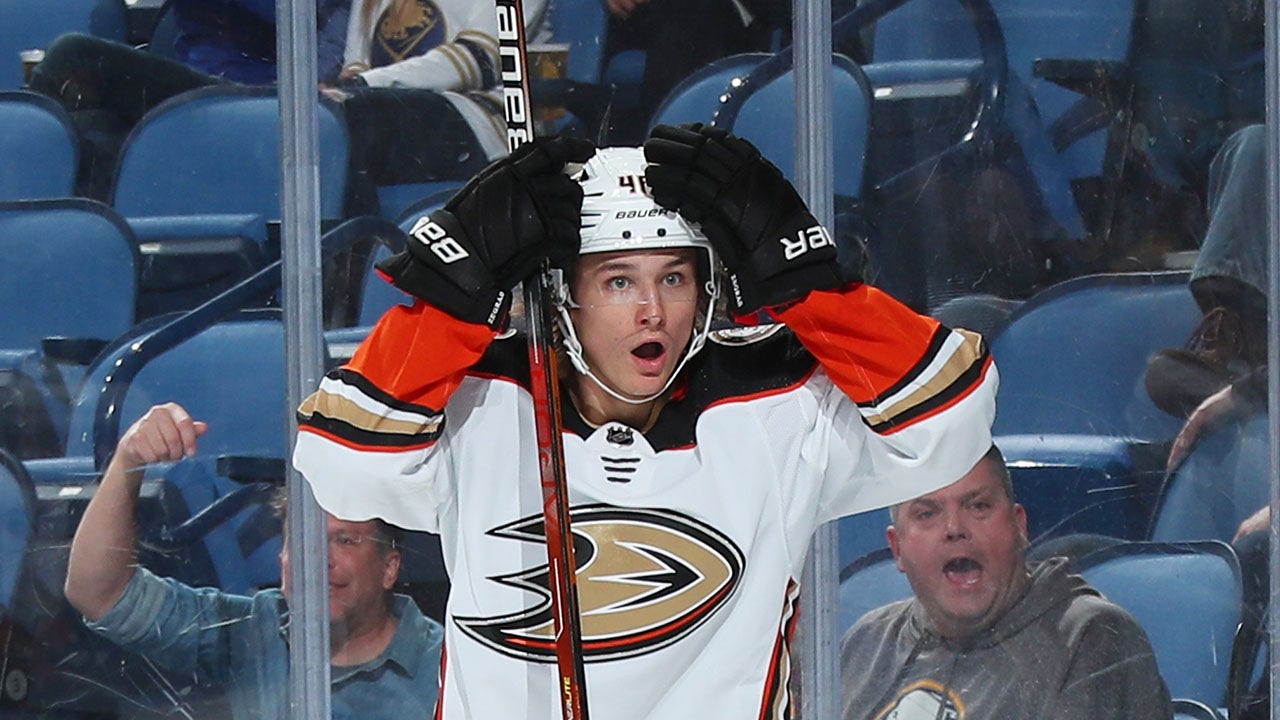 Zegras became an overnight sensation last December when he pulled off the alley-oop assist from behind the net to Sonny Milano against the Buffalo Sabres, which has since been dubbed “The Zegras.” The move has been programmed into this year’s game.

Trevor Zegras of the Anaheim Ducks reacts to his behind-the-net assist on a second-period goal against the Buffalo Sabres at KeyBank Center in Buffalo, New York, on Dec. 7, 2021.
(Bill Wippert/NHLI via Getty Images)

The ninth overall pick of the 2019 NHL Draft also scored two Michigan-style goals throughout the season and finished in second place in the Calder Trophy voting, which is awarded to the league’s most outstanding rookie (Detroit’s Moritz Seider took home the award).

Zegras, despite not officially being named an All-Star, was invited to All-Star Weekend in Las Vegas and participated in the shootout competition, doing his best Peter LaFleur impression from “Dodgeball.”

The 21-year-old led all rookies with 61 points — his 23 goals were tied for the second-most among rookies.

Anaheim Ducks center Trevor Zegras reacts after scoring a goal in the third period against the Washington Capitals at the Honda Center in Anaheim, California, Nov. 16, 2021.
(John Cordes/Icon Sportswire via Getty Images)

She led the Olympics with 18 points (five goals, 13 assists) and was named an all-star forward. She had a goal and an assist in the gold medal game.

Nurse is the first female cover athlete of the game.