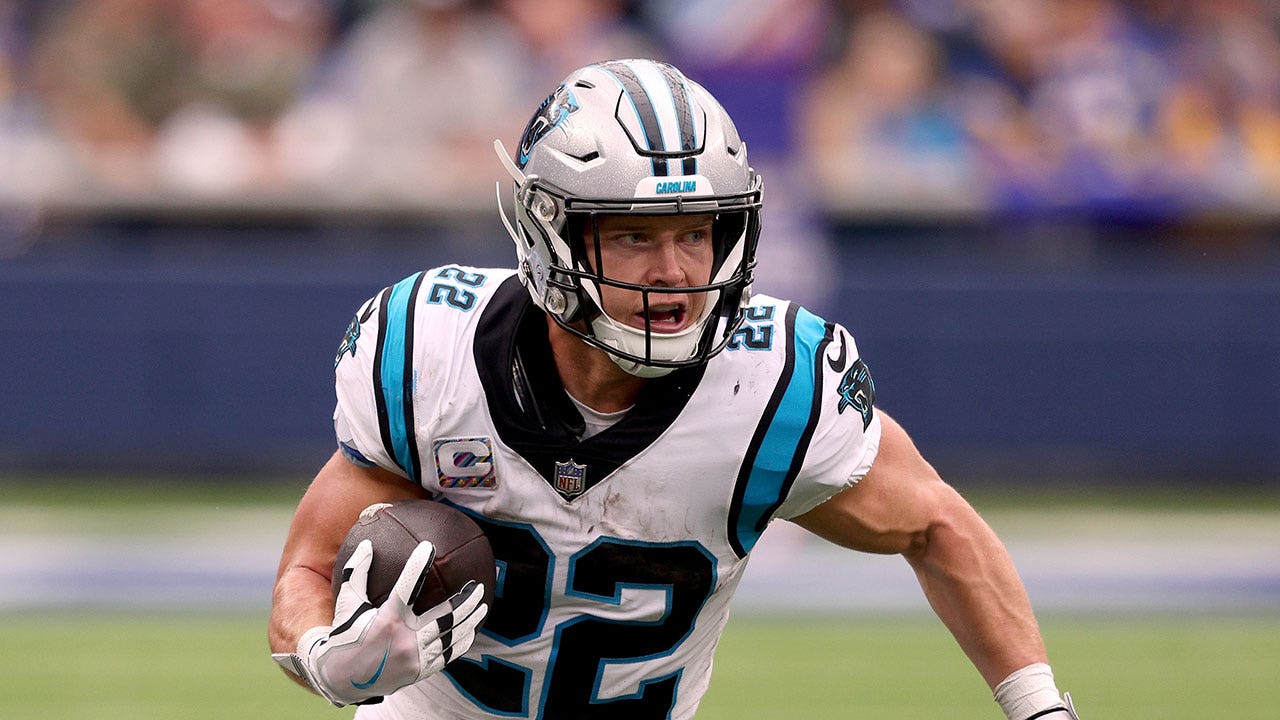 The Carolina Panthers have traded Christian McCaffery to the San Francisco 49ers, a source confirmed to Fox News Digital.

The Panthers began fielding calls on the star running back, but did want to avoid trading him – apparently they got an offer type couldn’t refuse.

Niners’ starting running back Elijah Mitchell suffered a sprained MCL in the opening week of the season, and their mobile QB broke his fibula in Week 2. Their running game has been just fine with Jeff Wilson Jr. in the backfield, but McCaffery is a star and instantly makes their offense better.

The Panthers fired head coach Matt Rhule last week and traded receiver Robbie Anderson earlier this week, which was essentially the beginning of the fire sale – but now, it’s a five-alarm fire.

Christian McCaffrey #22 of the Carolina Panthers is introduced prior to the game against the Washington Football Team at Bank of America Stadium on November 21, 2021, in Charlotte, North Carolina.
(Jared C. Tilton/Getty Images)

When McCaffrey was asked about his current situation in Carolina, he said he is more focused on controlling the things he can. “Keeping that away from me. That’s out of my control. Trying to control everything I can control. Right now I’m a Carolina Panther and giving my all to this place,” McCaffrey said.

Christian McCaffrey #22 of the Carolina Panthers during their game against the Miami Dolphins at Hard Rock Stadium on November 28, 2021, in Miami Gardens, Florida.
(Cliff Hawkins/Getty Images)

NFL Network also reported that the Panthers were in talks with the Los Angeles Rams, who recently have had issues with Cam Akers.

This is a developing story.

One thought on “Christian McCaffery traded to 49ers in blockbuster deal”