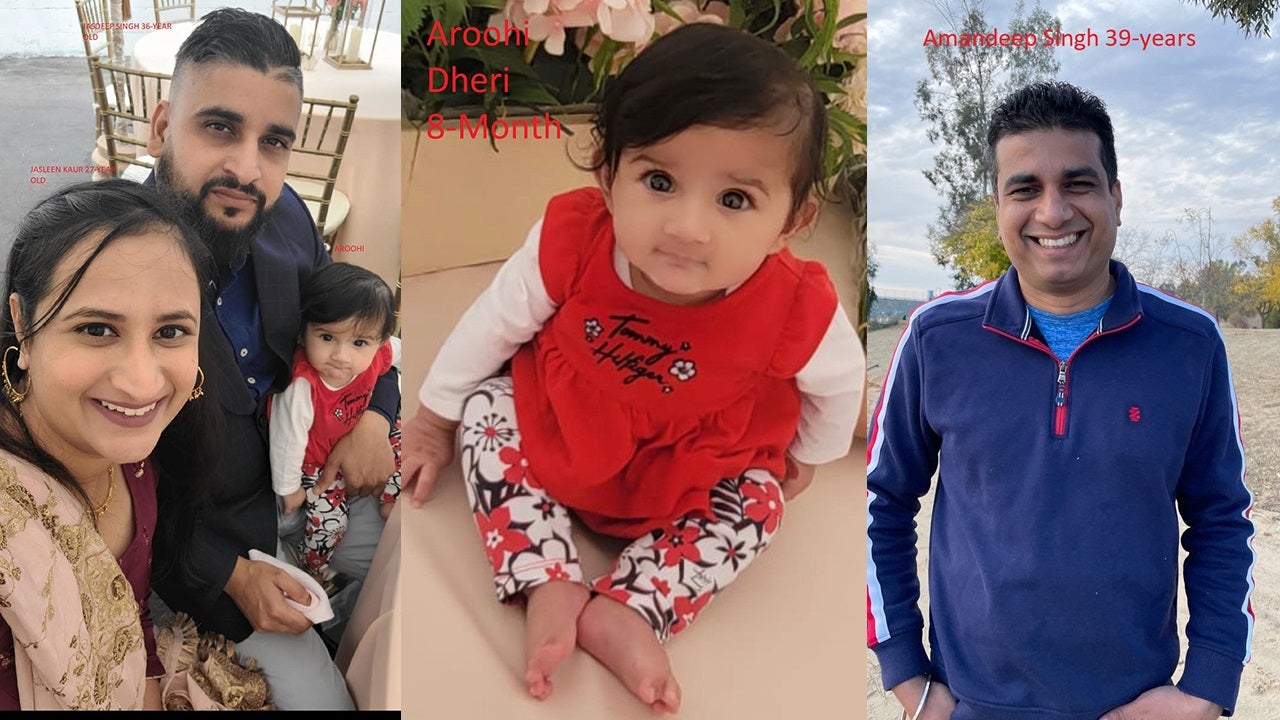 The victims of a California kidnapping and murder scheme were Punjabi immigrants who came to the United States and “worked tirelessly for 18 years to achieve safety, security, and community for themselves and their families,” a new GoFundMe for the family states.

“This is the story of our shared American dream gone wrong,” Jaspreet Kaur, who organized the GoFundMe for her family, states. “[O]ur loving family was violently taken away from us on October 3rd. A criminal kidnapped and murdered our beautiful 8-month-old baby Aroohi, her mother Jasleen, her father Jasdeep (JB), and her uncle Amandeep (Aman).”

The Merced County Sheriff’s Office has arrested two brothers — Jesus Salgado and Alberto Salgado — in connection with the kidnappings and murders of the four family members.

Jesus Salgado was a serial robber who formerly worked for Jasdeep Singh’s trucking company, Unison Trucking Inc., in Merced. Security camera footage shows the suspect allegedly leading Jasdeep and Amandeep Singh out of the business on Monday with their wrists zip-tied together.

Details about Jesus Salgado’s employment or nature of the disputes between his family and the Singhs are not known, but Merced County Sheriff Vernon Warnke said the feud “got pretty nasty” in text messages.

Warnke said the killings are among the worst crimes he has seen in his 43-year law enforcement career. He has recommended that the prosecutors seek the death penalty.

Salgado had similarly threatened the family of a different trucking company that he used to work for years ago. In 2004, the owner of the company fired Salgado for stealing money. One day, as the company owner instructed his family members to hold the door to their home open while he brought a new rug inside, Salgado appeared behind him, held a gun to his head and tied him up while demanding that his family hand over cash and jewelry, according to the Los Angeles Times.

Salgado was convicted in 2007 of first-degree robbery with the use of a firearm. He was also found guilty of attempted false imprisonment and an attempt to prevent or dissuade a victim or witness. He was sentenced to 11 years in state prison and released on parole in 2015.

“Because of what he did to us, in his mind, he had to smarten up. He didn’t get away with it,” one of the victims identified as Katrina told the Times.

Now, the 48-year-old and his brother are accused of conspiring to kidnap and murder 8-month-old Aroohi Dheri; her mother, Jasleen Kaur; her father, Jasdeep Singh; and her uncle, Amandeep Singh. The family members disappeared on Monday. Two days later, authorities discovered all four of their bodies “among the rows of an almond orchard.”

Relatives of the family kidnapped at gunpoint from their trucking business in central California pleaded for help Wednesday in the search for an 8-month-old girl, her mother, father and uncle, who authorities said were taken by a convicted robber who tried to kill himself a day after the kidnappings.
(Andrew Kuhn/The Merced Sun-Star via AP)

The 8-month-old’s grandparents, Randhir Singh and Kirpal Kaur, had been “overjoyed in recent years to see their family grow,” the GoFundMe states. Now, Amandeep’s wife “is now a single mother taking care of two bright children who are left without their father and cannot fathom why their dad will not return.”

“We are grateful for the prayers, and tremendous support was shown to us by our community,” the GoFundMe continues, adding that donations will help support the upbringing of the victims’ family members.

Fox News’ Andrea Vacchiano and the Associated Press contributed to this report.

Audrey Conklin is a digital reporter for FOX Business and Fox News. Email tips to [email protected] or on Twitter at @audpants.

Will The White Lotus Have a Season 3? HBO Says…

Will The White Lotus Have a Season 3? HBO Says…