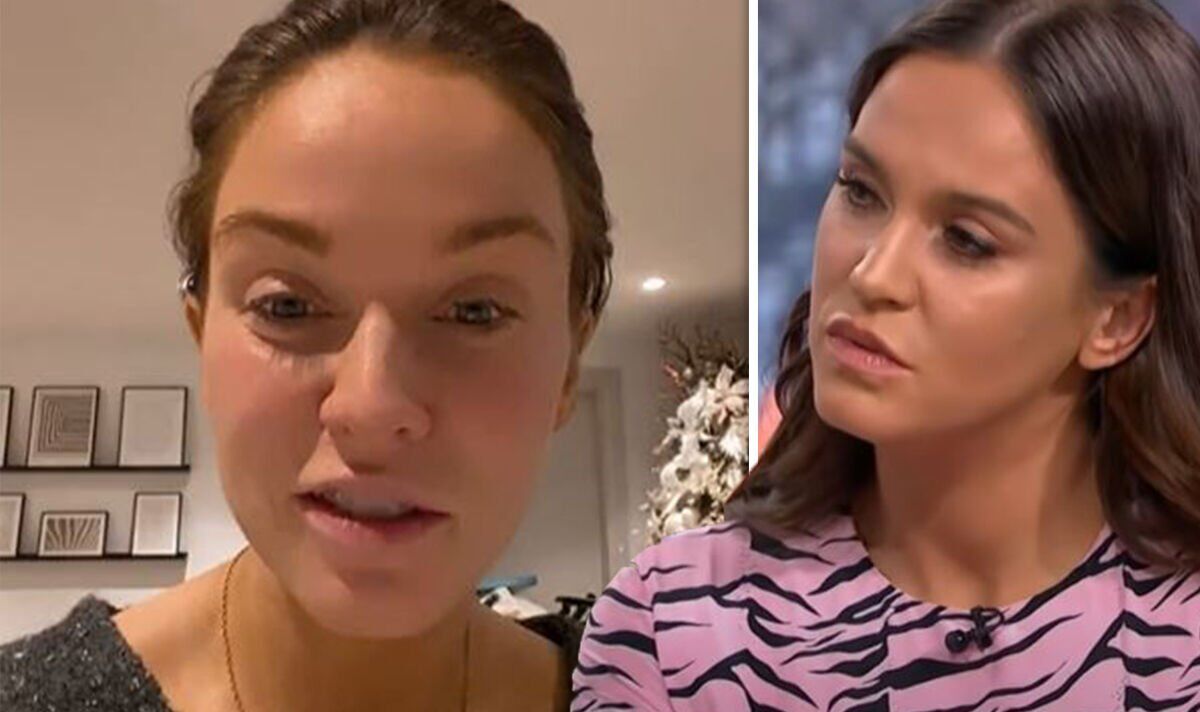 Vicky Pattison has told how she was “woefully ignorant” after experiencing painful periods which led to her being diagnosed with an ovarian cyst last year. In an exclusive interview with Express.co.uk the Geordie Shore star, 34, addressed her health woes, while also speaking about her new edit with lingerie and swimwear brand, Pour Moi.

Last year, Vicky was left stunned after being told she had a cyst on her ovary after she experienced painful periods.

The star later explained that it had disappeared by itself, meaning she had luckily avoided having it removed.

Vicky spoke candidly about her experience to Express.co.uk

She said: “Honestly, I’ve been through the wringer a little bit, it’s mad because honestly, I was so upset when I got the news.

“I knew my periods were becoming more and more painful and I just couldn’t decide if it was a side effect of having the implant removed from the arm.

“I didn’t know if it was just because I was getting older, everybody warned us they get worse when you get older,” she added.

Vicky went on: “I honestly just had no clue and I was so woefully ignorant which I think a lot of [us are like].”

However, the star told how she was soon reassured after hearing from women who had the same health issue.

Addressing the warnings from doctors Vicky said: “You know, [they say] ‘this could make conceiving naturally very difficult.’

“For a woman in her 30s to hear that when you know the clocks against you anyway it was just really quite traumatic.

“But when I put it on social media, everyone was so lovely, I had women saying to me, ‘honestly, I’ve got like a 12 centimetre Cyst On one of mine, and I’ve got three lovely boys.’

“So it was really comforting,” the Geordie Shore star said.