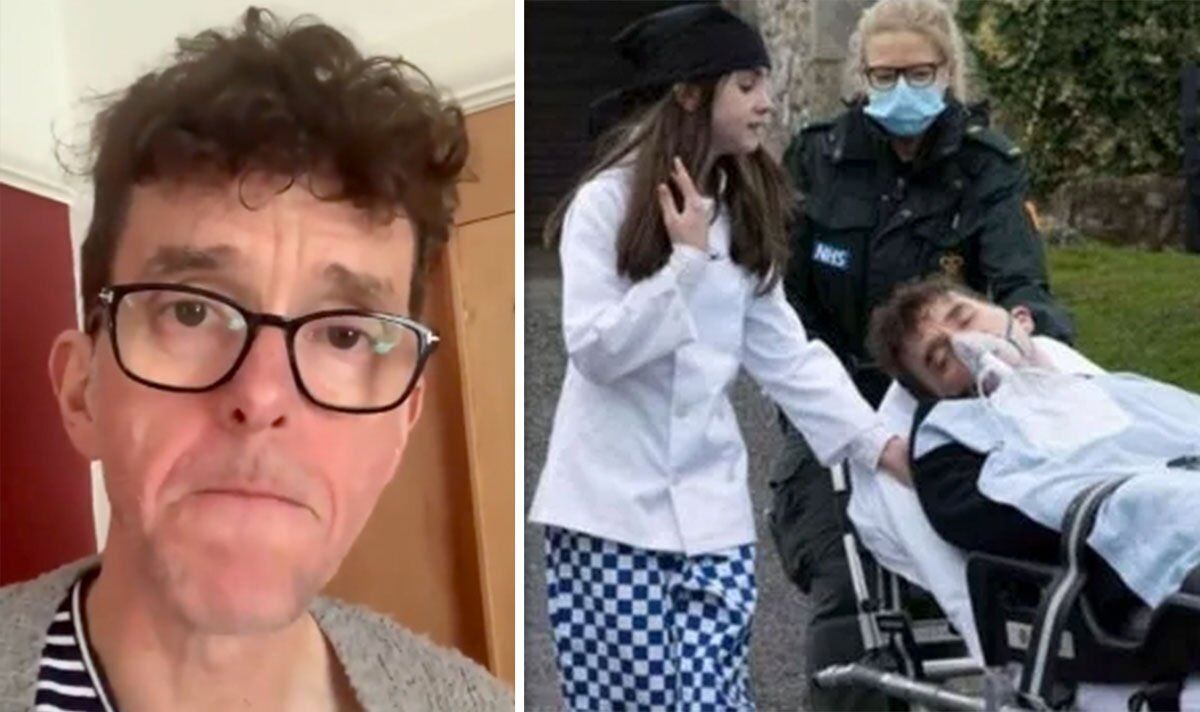 Mark Charnock, who plays Marlon Dingle on Emmerdale, was left “traumatised” after an experience on public transport. The actor confessed his awkward gaffe on Twitter.

In view of his 187.9k followers, Mark wrote: “Happily reading on the train listening to soft ambient music on my headphones. Very soft.

“How subtle and comforting,”I thought,until someone tapped me on the shoulder and politely mentioned that my headphones were off and everyone was being subjected to Brian Eno.” (sic).

His followers flocked to share their thoughts, with some complimenting his choice of music.

Mark has been receiving rave reviews recently after he portrayed his Emmerdale character Marlon suffering from a stroke.

Speaking of Marlon’s perspective on life after the stroke, Mark explained to Express.co.uk and other press that the character now thinks he “can’t be the dad he wanted to be” for his children.

However, other characters, including Marlon’s love interest Rhona Goskirk, will support him following the traumatic experience.

Mark said: “I don’t think he’s going to get to where he wants to be for a long time, and we’re just at the beginning of his journey.

“He can’t work anymore, and he feels, wrongly, that he can’t be the dad he wants to be anymore, which is everything to him, because of his incapacitation.

“But because of Rhona and Paddy and other characters who come into this story who are a big support.

“There’s some comedy in it too, there’s some fun to be had in it and some lovely scenes with Paddy, really funny and well written in the hospital quite early on.

“There’s a great deal of hope that things can only get better from where they are, there’s positivity to be had from it too.