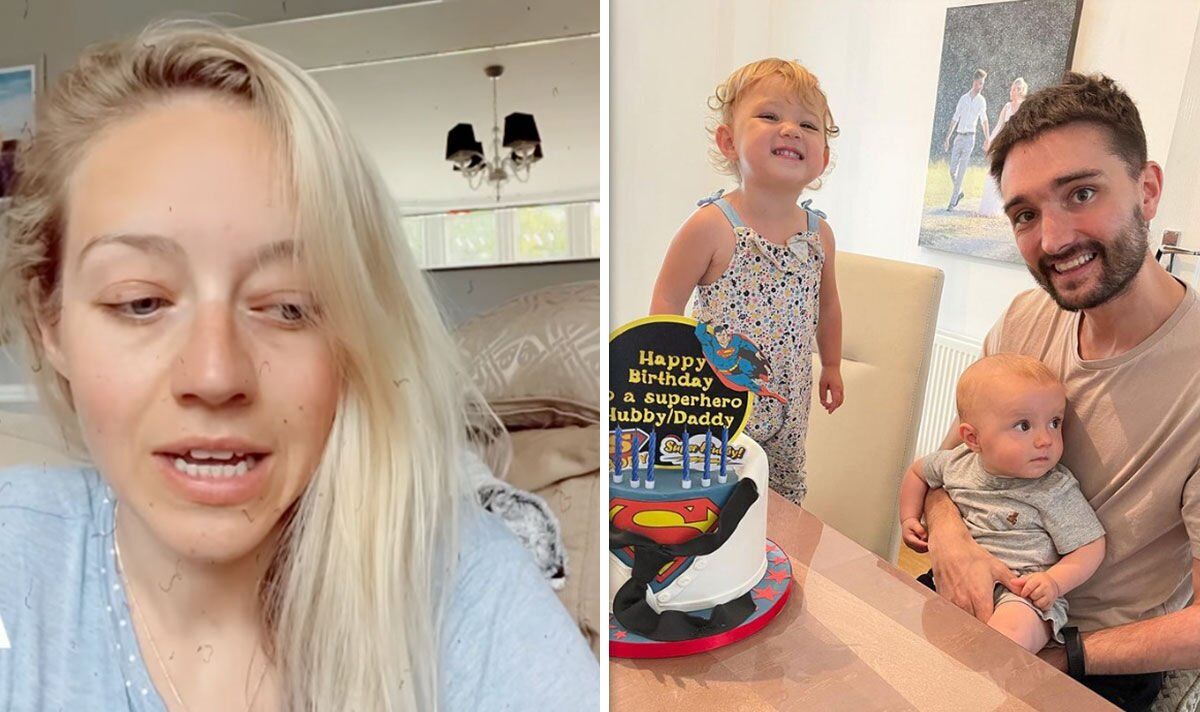 Tom Parker’s widow Kelsey Hardwick has revealed their two-year-old daughter has been struggling with separation anxiety since The Wanted star died from a brain tumour in March. Kelsey said little Aurelia “hates her leaving” since her father died.

Actress Kelsey, 32, shared a photo of Aurelia standing in the window as her mum headed out.

She wrote in the caption: “Since we lost Tom, she hates me leaving.

“Rae you break my god damn heart (in Tom’s accent),” she added, alongside a heartbroken emoji.

In her reflective post, Kelsey pointed out that she also enjoyed the wedding and got to “be Kelsey”.

She also admitted there were times when she could not stop crying as well as moments when she laughed “until my belly hurt”.

Tom’s wife penned: “I really enjoyed myself this weekend and it was so nice to actually let my hair down and be Kelsey. I raised a glass to my boy and I know he’s up there having shots.

“There were moments when my heart would ache, moments when the tears wouldn’t stop rolling down my face and moments where I laughed until my belly hurt. In this crazy world.” (sic)

Kelsey concluded the post by highlighting that “life is for living”.

It was her who broke the news that Tom had died aged 33 after bravely battling a brain tumour for two years, undergoing several gruelling rounds of chemotherapy and 30 radiotherapy sessions, outliving his prognosis by far.

“It is with the heaviest of hearts that we confirm Tom passed away peacefully earlier today with all of his family by his side,” she wrote.

“Our hearts are broken.”