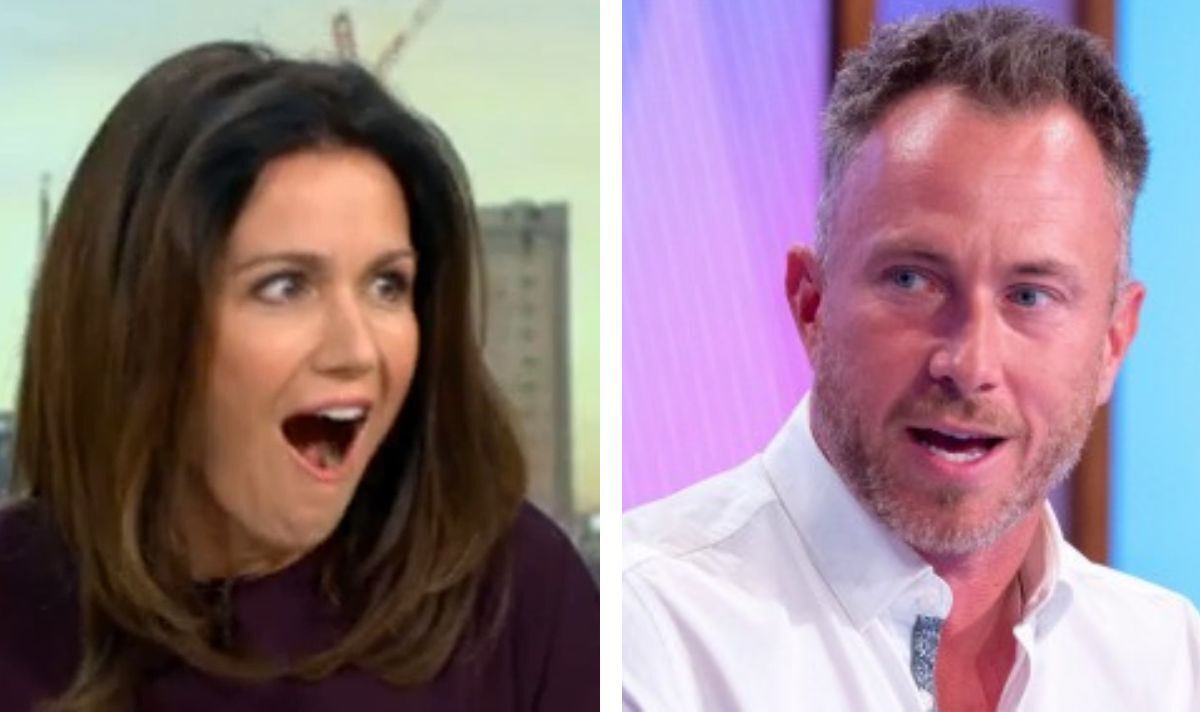 Strictly Come Dancing star James Jordan rushed to Susanna Reid’s defence yesterday after a troll aimed an attack with incorrect grammar. The 44-year-old urged him to “at least pretend” to be educated.

The drama had begun after @stemuffy had told Susanna: “Your shit at your job.” (sic)

Not to be defeated, she hit back by retorting: “You’re pretty rubbish at spelling, but there we go.”

As some of her 878,000 followers stepped in to support her, James Jordan led the pack by addressing the tweeter personally.

Using a tears of laughter emoji, he exclaimed: “If “you’re” going to troll someone at least try and pretend “you’re” educated.”

After hearing that the comments were considered “disrespectful” to those who “struggle with spelling”, she exclaimed: “Can’t believe some people are actually sticking up for an internet troll and judging the victim instead.”

@MarcHasNoFilter advised: “[Trolls] also see being blocked as a badge of honour. Mute them instead.

“They can still hurl abuse at you, but you won’t see it and they’ll just be ranting into the wind, totally oblivious.”

“Well done on standing up for yourself!” chimed in @craig_p1.