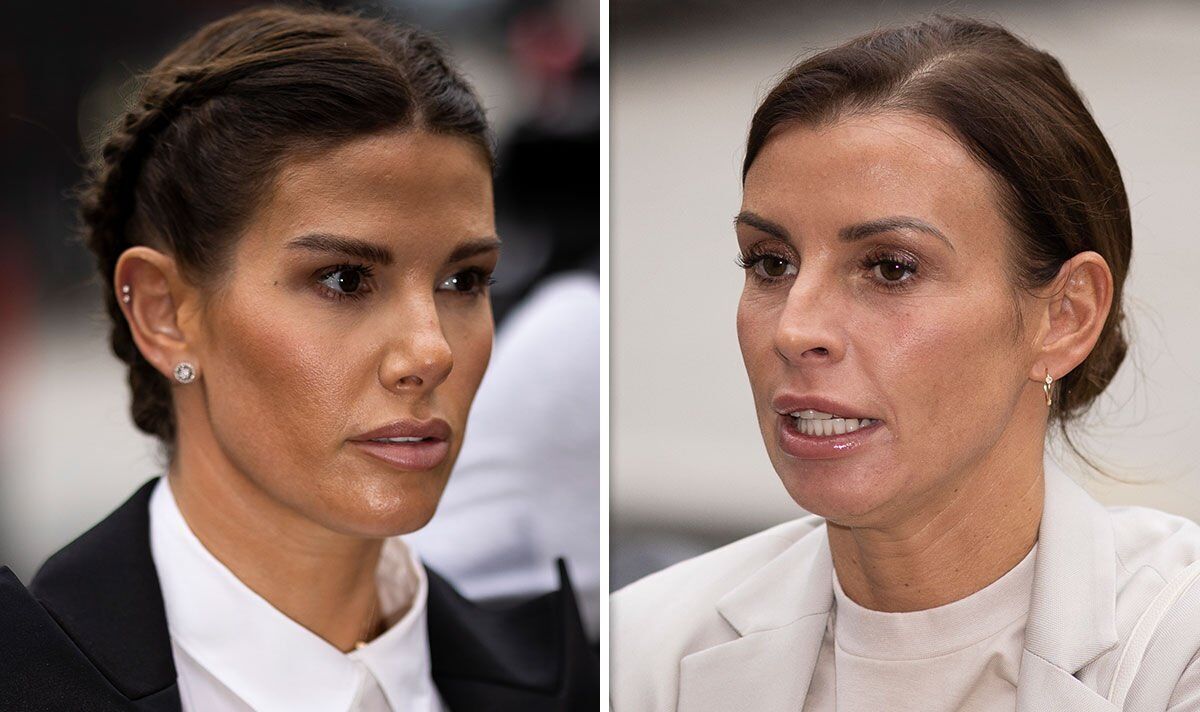 Rebekah Vardy’s texts to husband Jamie slamming Coleen and Wayne Rooney, as well as the press, have been shown in court during the trial between the WAGs. Rebekah accused Coleen’s manager of leaking a negative story about her, and claimed the media “made her blood boil”.

In texts shown in court, Rebekah linked Jamie to a news story with the headline ‘Wayne Rooney asks Jamie Vardy to make sure his wife lowers her social media profile during Euros’.

She wrote: “Jesus… This must have come from somewhere! Bet it’s his Mrs manager x” (Sic).

Meanwhile, the Instagram posts Coleen made in a deliberate attempt to ensnare the mystery person she believed was leaking stories about her, have also been revealed in court.

Coleen invented false stories about herself and her family and posted them online, eventually only making them visible to Rebekah’s account – and she says the information still made its way into The Sun – though Rebekah has denied being the leak.

One Instagram Story was a photo taken from inside a busy pub, Ri Ra Georgetown, in which Coleen professed she “took kids home” because they “finally had a babysitter” (sic).

In another, Coleen claimed she was making “TV decisions today” and considering a move to Australia.

She then wrote another post which claimed she was “sky diving and at the driving range with Kai”.

Another photo Coleen posted on her private account showed her “reunited for a few days” with her sons and husband Wayne.

She had also posted a screenshot of a story in The Sun claiming she had undergone gender selection in a “desperate bid to have baby girl”, claiming it was true they had considered the process, but they had decided against it, opting instead for the “natural way”.

Other false stories Coleen posted about her own life included that she was “escaping the measle outbreak in Washington” (sic).

She has claimed these posts are evidence that someone was leaking stories about her, as versions of the stories all ended up in The Sun.

Rebekah has denied leaking information about Coleen to The Sun, and last week stormed out of court in tears before Coleen’s lawyer had finished his closing argument.

The hearing has now finished, and judge Mrs Justice Steyn will hand down her decision at a later date.