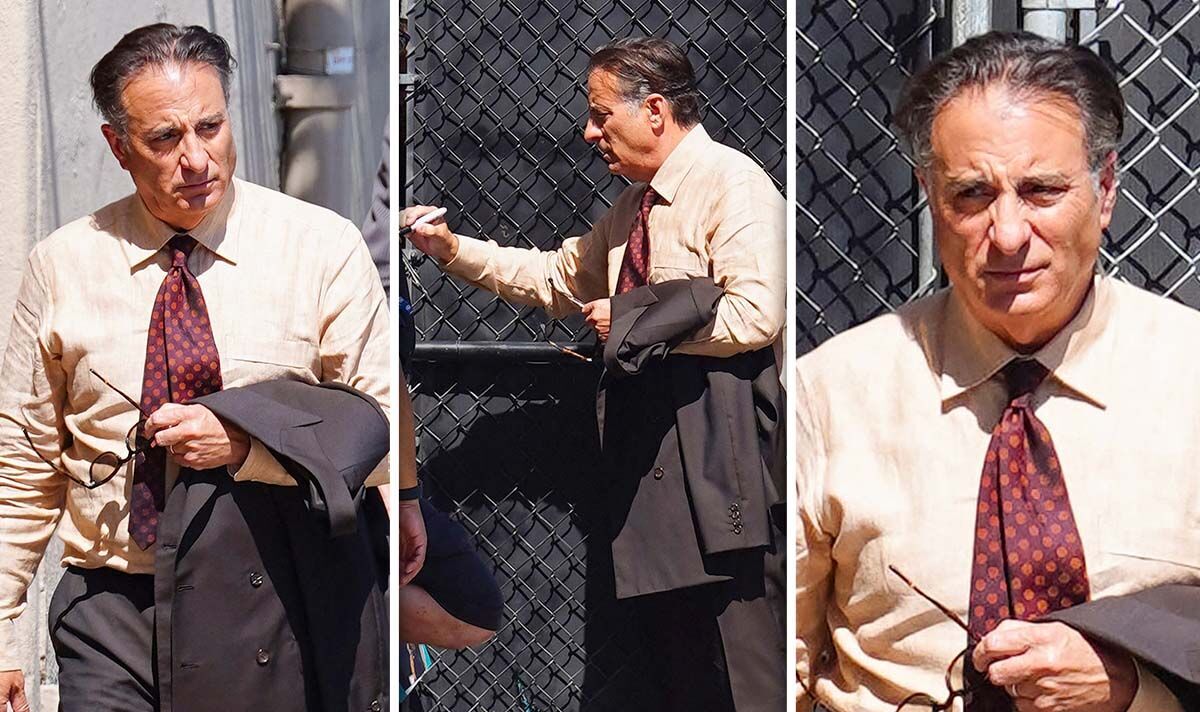 Andy Garcia was seen arriving for his appearance on Jimmy Kimmel Live on Monday as he made his way to the studio in Los Angeles, California. The Untouchables star did not appear to be in good spirits as he signed autographs for fans who had waited for him outside the gate.

The 66-year-old arrived for the recording wearing a brown shirt with darker brown suit trousers.

He carried his blazer over his right arm and scowled as the sun hit his eyes.

Andy finished the smart look with a maroon tie and matching shoes.

The Grammy winner perked up when he chatted to Jimmy about the upcoming Father Of The Bride reboot and told the host: “I feel great!”

Father Of The Bride will be released on June 16 on HBO Max.