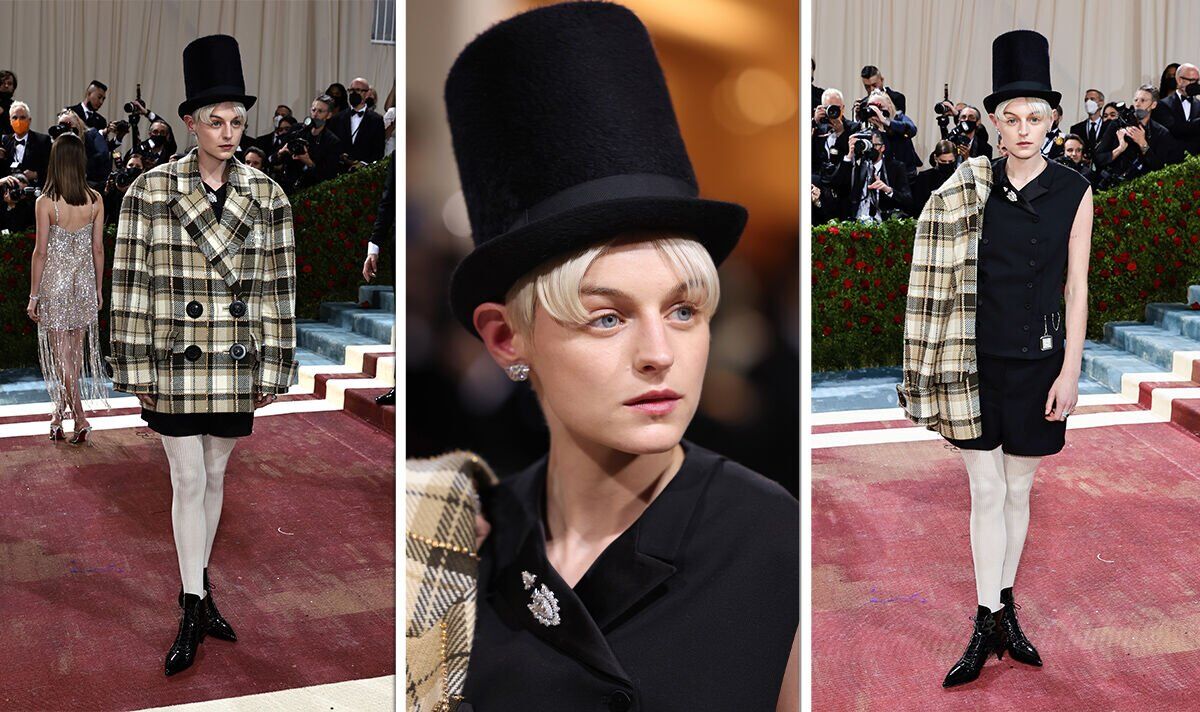 Emma Corrin, 26, went for an androgynous look in a dramatic top hat, paired with a clashing print waistcoat at the Met Gala yesterday. The Princess Diana star’s dress featured a structured black body and a tweed blazer detail, teamed with white woollen tights.

Emma completed their ensemble with pointed black shoes and sported a minimal palette of make-up.

The star was inspired by the “King of the Dudes”, a title given to New York socialite Evander Berry Wall, who was known for outshining other well-dressed men in New York in the 1880s with his signature pointed collars, stockings, and silk hats.

Last year, The Crown star spoke to Britain’s ITV News about their decision to use “she/they” pronouns, while coming out as queer.

“I think visibility is key with these things,” Emma said.

”I felt it because I think my journey’s been a long one, and I still got a way to go. I think that we’re so used to defining ourselves and that’s the way sadly society works is within these binaries. It’s taken me a long time to realize I exist somewhere in between, and I’m still not sure where that is yet.”

Fashion’s biggest night is traditionally held on the first Monday in May to raise money for the Costume Institute in New York City, with last year’s event moved to September due to the pandemic.

This year’s dress code is ‘gilded glamour’ to match the theme of ‘In America: An Anthology of Fashion,’ a continuation of last year’s ‘In America: A Lexicon of Fashion.’