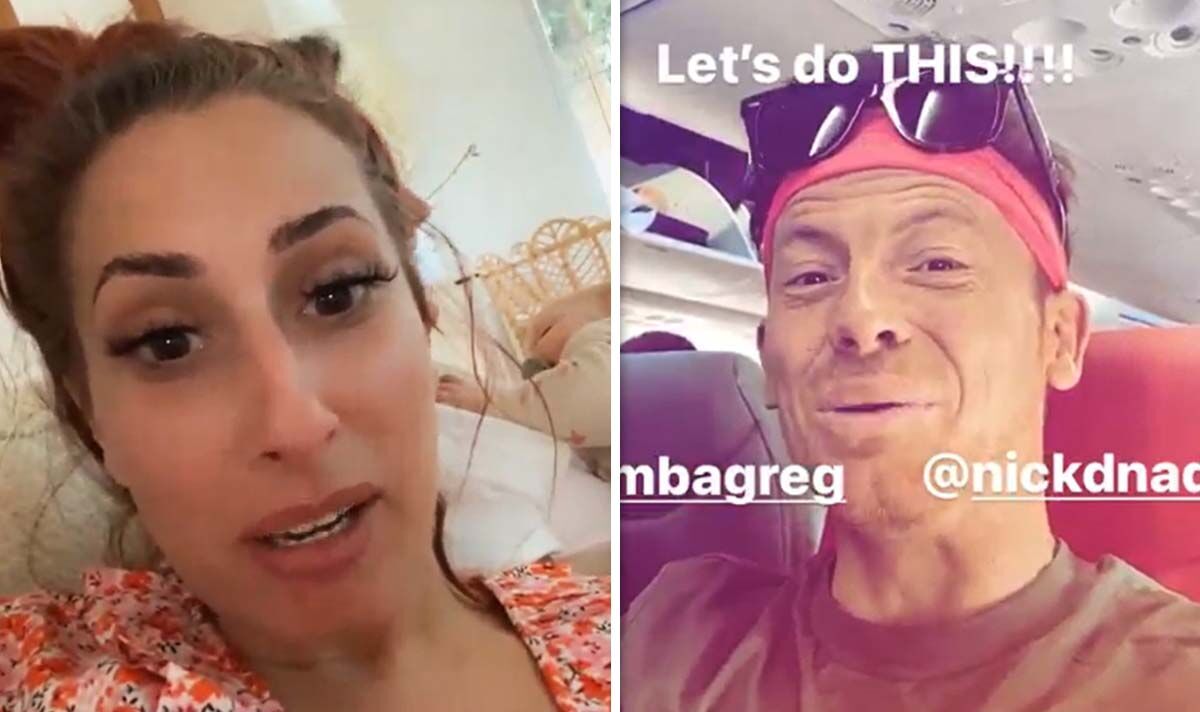 Stacey Solomon, 32, said her anxiety was “through the roof” as Joe Swash, 40, heads to Ibiza for his stag weekend. Joe was jetting off to the party destination with his best pals and Stacey’s dad, David.

As Joe excitedly got ready for the trip, Stacey was less enthusiastic and admitted that she was “actually so worried”.

In view of her 5.3 million Instagram followers, the mum-of- four wrote: “My anxiety is through the roof! Joe and my dad on a stag weekend! Pray for me.”

As she sat on her sofa looking flustered, the Loose Women panellist confessed: “Sorry I’ve been so quiet, Joe’s going on his stag weekend and in typical Joe style, he is not prepared at all.

“It has been one of those stressful days. I’m actually so worried about you going!”

Joe, who was sitting beside her, then quipped: “Don’t worry about me, worry about your dad.”

Stacey then jolted up and said: “Oh my god, he’s only taking my dad isn’t he. I’m double worrying, both of them together! I just can’t.”

As Joe’s holiday preparation continued late into the night, Stacey uploaded another clip which showed Joe packing some questionable items into his suitcase.

He could be seen holding up a pair of pink harem trousers, much to Stacey’s dismay.

Stacey and Joe are getting married next month, nearly two years after they got engaged.

The ceremony will take place in the garden of their Essex mansion, which they lovingly dub Pickle Cottage.

It is also expected that their children will play a special role with their sons: Zachary, Leighton, Rex and Joe’s son Harry, acting as page boys.

It will be a celebrity event with the guest list including Stacey’s best friend Sophie ‘Mrs Hinch’ Hinchcliffe, and her Loose Women co-stars Ruth Langsford, Nadia Sawalha and Linda Robson.