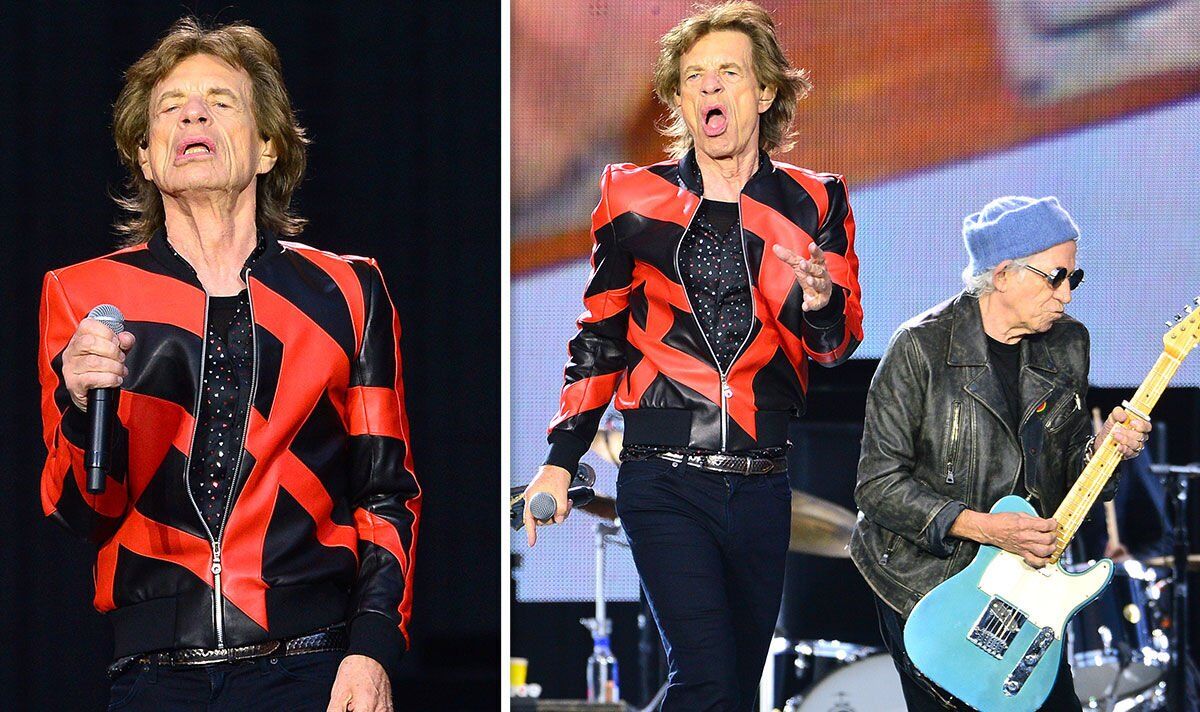 Mick Jagger has apologised to fans as his band the Rolling Stones have been forced to postpone their gig in Amsterdam with just hours to go. Mick, 78, has tested positive for Covid.

Taking to his social media platforms, Mick wrote: “The Rolling Stones have been forced to call off tonight’s concert in Amsterdam at the Johan Cruijff ArenA, following Mick Jagger testing positive after experiencing symptoms of Covid upon arrival at the stadium.

“The Rolling Stones are deeply sorry for tonight’s postponement, but the safety of the audience, fellow musicians and the touring crew has to take priority.

The Rolling Stones were due to perform in Bern, Switzerland, on Friday, June 17, Milan, Italy, on Tuesday June 21, and in Hyde Park in London on Saturday, June 25.

Joining Mick on stage during the current Sixty tour are his bandmates Keith Richards, 78, and Ronnie Wood, 75, with Steve Jordan, 65, on drums.

Mick also personally apologised to fans in the Dutch capital for cancelling the concert.

“I’m so sorry that we’ve had to postpone the Amsterdam show with such short notice tonight,” he said.

“I have unfortunately just tested positive for Covid. We aim to reschedule the date ASAP and get back as soon as we can.  Thank you for your patience and understanding. Mick.”

But other followers of Mick’s simply wished him better soon.

Springspiritual wrote: “Just take good care for your self Mick…..we understand that’s the most important right now. Get well soon”.

Bart agreed: “Best of strength and health and hopefully no severe illness … was v much looking forward to your show … – as always – but health is most important!”

Mick recently explained why the Rolling Stones decided to make a change to its setlist on the tour, ditching controversial song Brown Sugar due to its links to slavery.

The song was dropped from the US leg of the No Filter tour after critics called it “gross, sexist and offensive toward black women”.

Rocker Mick admitted that while the band used to “provoke”, times change and the band have adapted.

He said: “You never know what is going to happen [as times change]. But I mean you know the early days were the days of shock and awe so things can’t stay like that forever.”