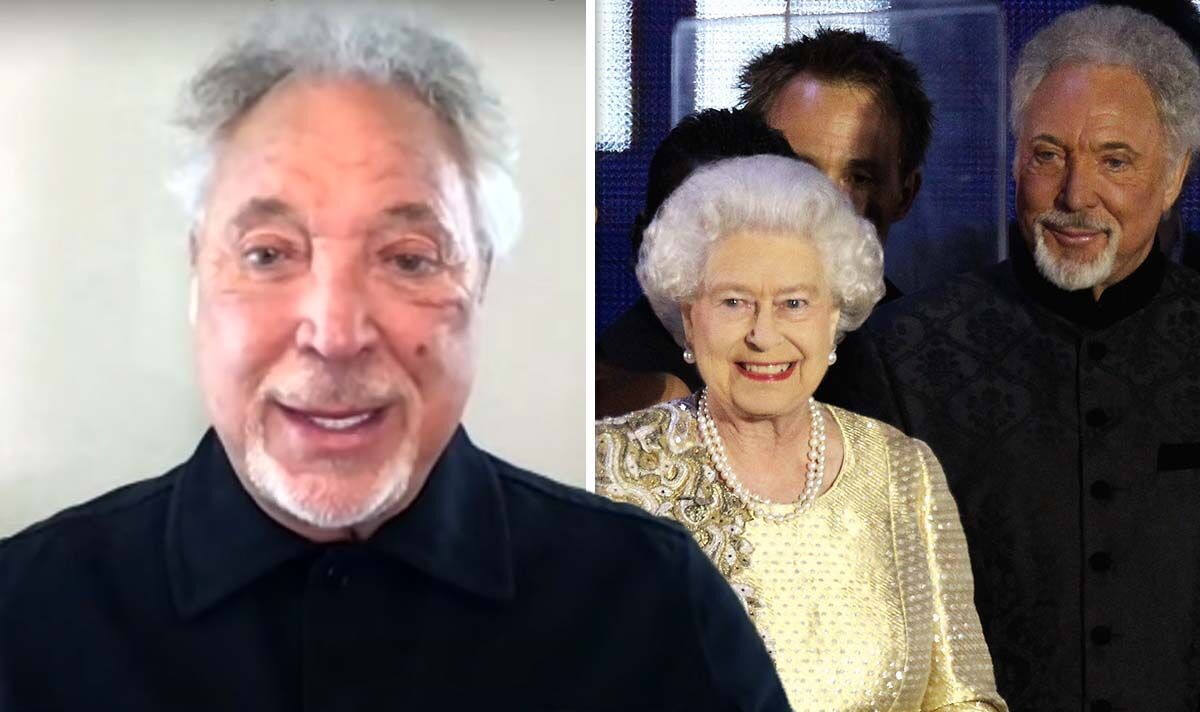 Sir Tom Jones, 81, shared a series of photographs of himself and the Queen as she marks 70 years on the throne. The legendary Welsh singer praised the monarch’s record-breaking reign with a poignant tribute in view of his 444,000 Instagram followers.

The selection of photos included the hitmaker and the Queen shaking hands at the Royal Variety Show at the London Palladium in 1968.

Another captured the moment Tom was knighted in Buckingham Palace in 2006.

And finally, Tom included a snap of himself standing on the stage with the Queen and Camilla Parker Bowles at the Diamond Jubilee concert back in 2012.