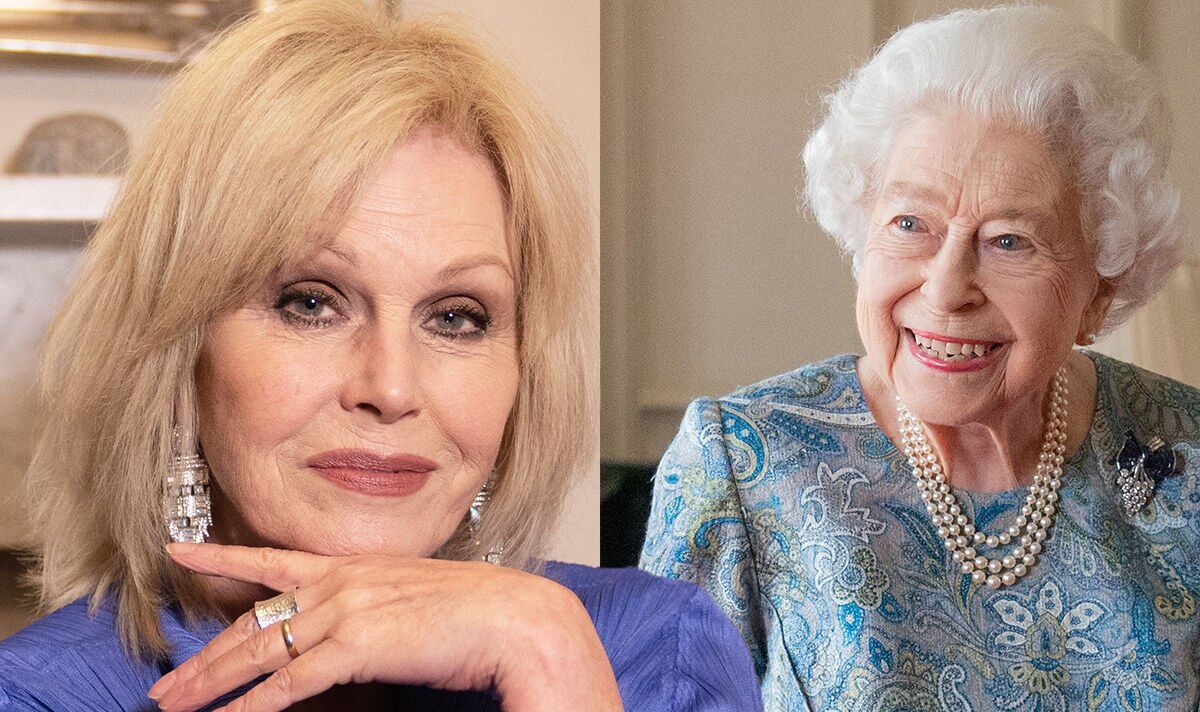 Joanna Lumley, 76, is “utterly thrilled” to be involved in Queen Elizabeth’s, 96, Platinum Jubilee celebrations. In a new interview, the Absolutely Fabulous star praised the Queen for “keeping her promise” to serve our country and has “never wavered from it”.

Joanna will present live from the Platinum Jubilee Pageant and the Jubilee Big Lunch alongside veteran broadcasters Kay Burley and Alastair Bruce.

Speaking about her happiness to be involved in such a historic day, she said: “The Queen made a promise when she was terribly young, she said her whole life would be in service of us, her people and she would never falter and never waver from it and she never has.

“I can’t think of anybody who’s ever made a promise like that in public and kept to it. So I’m a great fan of the Queen, I just think she’s remarkable.

“She’s a pretty special person and I think we would all love to be loved by the Queen and I think she loves us all.

“I think she looks at her people, not only the people here but the people of the Commonwealth and anybody who looks up to her, I think she treats them all with love, so I love her for that.”

Joanna couldn’t contain her excitement to be involved in the celebrations for a woman she “hugely admires”.

The actress also said the upcoming celebrations are something the country needs after the Covid-19 pandemic and the cost-of-living crisis.

As part of a new Guide Dogs campaign, a host of famous faces have recalled their childhood career ambitions.

Joanna revealed that she had a number of different career ambitions during her childhood.

“I wanted to be prime minister, a brain surgeon, a famous explorer and a pirate,” she said.

“But then I discovered that, as an actress, it was rather easy to be all these things – and a queen, wicked aunt, Tiger Lily, singing cow, ghost and rag doll as well.