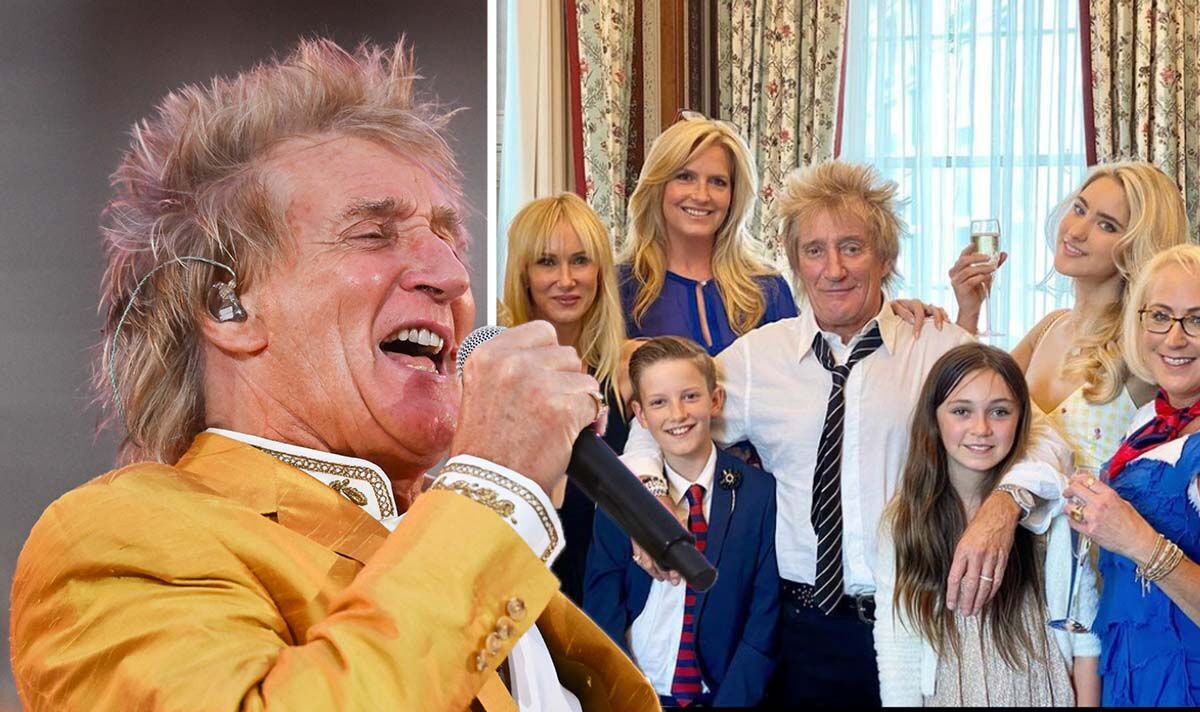 The snap was shared by Penny following Rod’s performance at the star-studded Platinum Party in the Park to celebrate the Queen’s 70 years on the throne.

The Loose Women panellist posted the photograph to her 156,000 followers with the caption: “Happy Jubilee celebrations #platinumjubilee #family #buckinghampalace #thequeen.”

Rod had just belted out Neil Diamond’s Sweet Caroline for the BBC concert.

His performance seemed to be a hit with the crowd and even Prince William and George sang from the balcony while Prince Charles and Camilla Parker Bowles waved Union Jack flags to the beat.

However, it divided opinion among social media users and many have taken to Penny’s post to share their thoughts.

Beth absolutely loved the show and complemented Rod saying: “He was soooo good!!! Sweet Caroline!! Made me cry!!”

Gillianne shared the same sentiment, adding: “You were fab tonight Rod, love you to bits.”

Debbie also came to Rod’s defence: “The crowd enjoyed it and all you people are rude.”

Speaking to the crowd ahead of his performance, the hitmaker confessed: “This isn’t a fun one to sing but the BBC made me sing it.

“Join in and make it comfortable for me.”

Sweet Caroline had been chosen as a tribute to the Queen by listeners of BBC Radio Two.

Rod’s hesitance comes because the iconic song has become an anthem for Rangers FC – the rivals of Sir Rod’s favourite team, Celtic.

The concert attracted the BBC’s biggest audience of the year, peaking at 13.4 million.

As the Jubilee celebrations wrap up today, a huge pageant is taking place in central London and thousands of street parties are being held across the country.