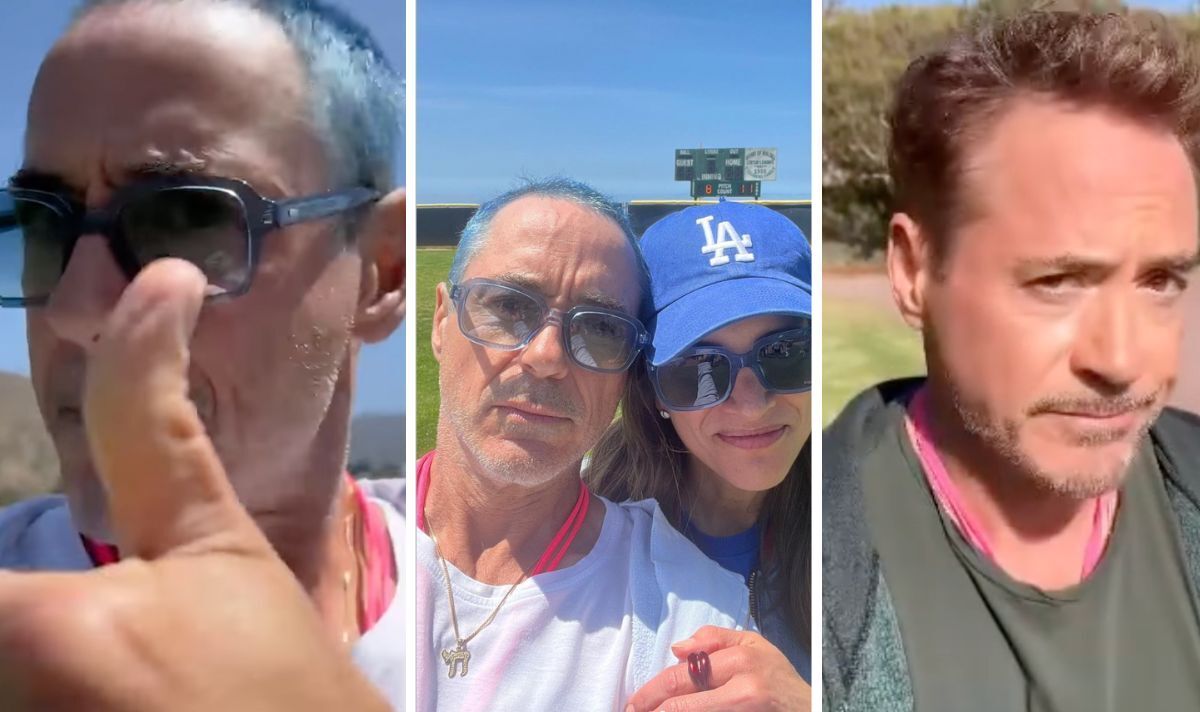 Robert Downey Jr, 57, has taken to Instagram to share pictures of his new hairstyle with fans. The star took to the picture site in order to congratulate a little league team on their win.

The post was sent out to Robert’s 53 million followers.

He wrote in the caption: “Congrats are in order for the Malibu Little League 2022 AAA champs!

In the clip, Robert snaps a short video of the team celebrating their win, before spinning the camera around to reveal his new, bright blue hair.

The Iron Man star can be seen giving a thumbs up to the camera.

In the following selfie, the actor is pictured alongside his wife, Susan Downey.

Robert sports a plain white tee and blue sunglasses, while Susan wears a LA Dodgers hat and a jean jacket, as the two soaked up the sun.

Mare_faith said: “When has your hair been blue?? It’s awesome btw.”