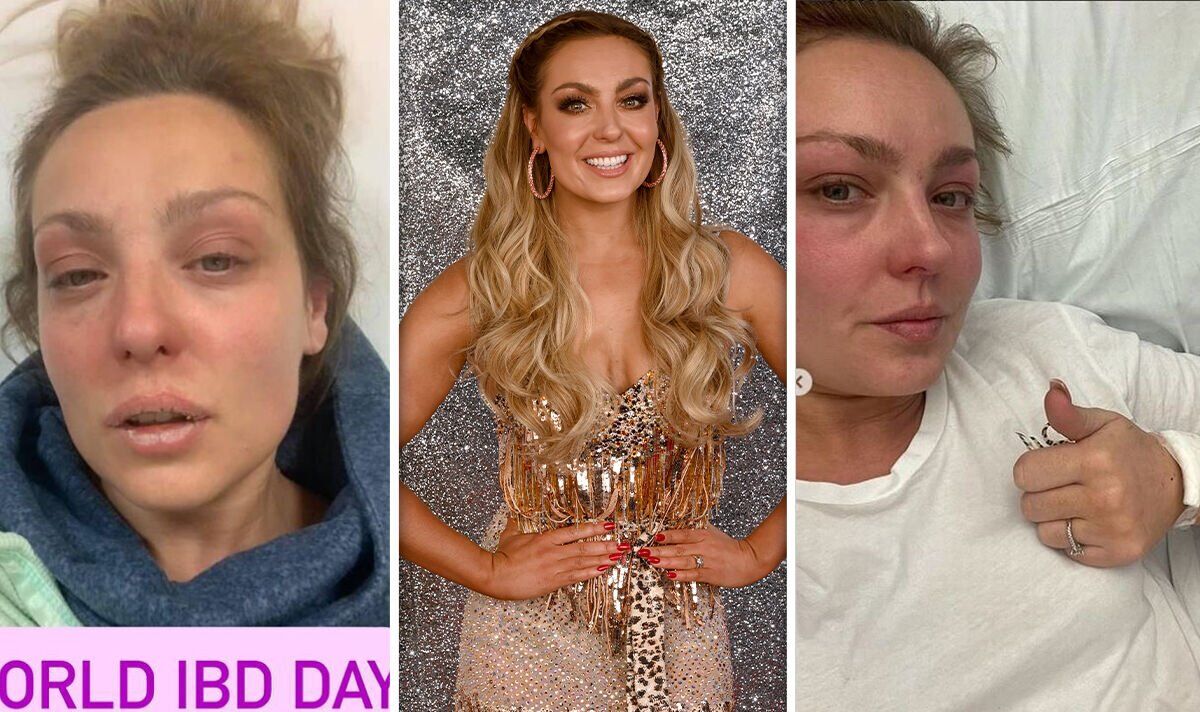 Amy Dowden, 31, has been very open about her battle with Crohn’s disease in order to “raise more awareness” of the condition.

The Strictly Come Dancing professional took to Instagram yesterday to share a snap of one of her flare ups, for World Inflammatory Bowel Disease (IBD) Day.

Amy has suffered from Crohn’s, a condition where parts of the digestive system become inflamed, since childhood.

Earlier this year, the dancer revealed she was cared for by her Strictly co-stars after being rushed to hospital following a Crohn’s flare-up that left her “crying in pain”.

Along with the picture, Amy wrote a heartfelt message in view of her 315,000 Instagram followers.

She penned: “World IBD day. I wanted to show the reality of flares! (this isn’t me today, I’ve had a lovely day filming).

“Last few years I’ve really wanted to help raise awareness for IBD. Help other sufferers but also show that it doesn’t define you.

“Today I want to share times I found tough. One of which is being judged for your condition!

“I would do anything in the world not to live with it, I often say what did I do to deserve this?

“Then I’d be robbed of opportunities and dreams because I’d be seen as a ‘risk’ which would frustrate and upset me, which as many know isn’t good for any sufferers.

“Why punish us anymore? Having IBD doesn’t take away your talents, your hard work, your work ethic! In Fact it makes us stronger.

“Let’s take away the stigma and continue to talk and raise more awareness!”

Her Strictly co-stars rushed to the comments to share their kind words with the dancing professional.

Fellow dancer Dianne Buswell added: “Love you, so proud of you.”