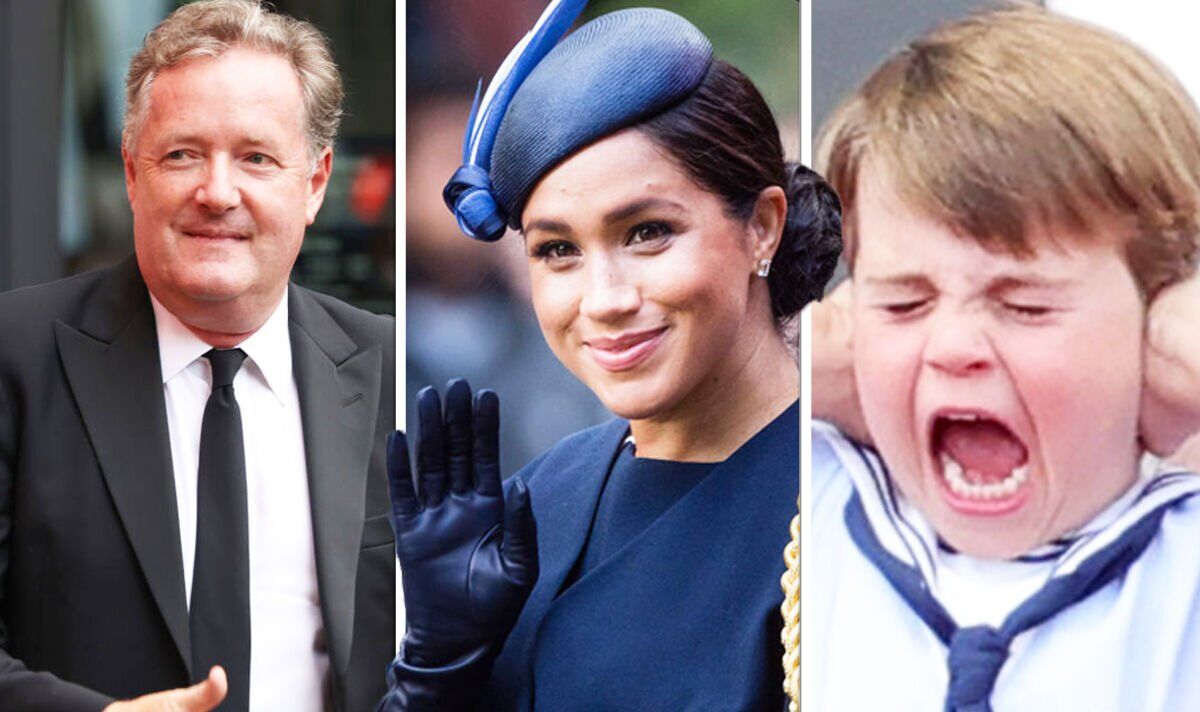 Piers Morgan caused a stir on social media after the Uncensored host issued a brutal dig at Meghan Markle who joined the Royal Family to celebrate Queen Elizabeth II who has marked 70 years on the throne. The Talk TV host appeared to mock the Duchess of Sussex, who has kept a low profile at the celebrations, alongside her husband Prince Harry.

The 56-year-old took to Twitter and shared a photo of the Duke and Duchess of Cambridges’ son Prince Louis who put on animated display during the Jubilee flypast.

The four-year-old, along with his two elder siblings, joined the senior members of the Royal Family on the Trooping the Colour balcony.

Social media users claimed that Prince Louis “stole the show” during his Buckingham Palace balcony appearance on Thursday as the little royal was spotted pulling faces.

At one point, he also covered his ears during the Jubilee flypast.