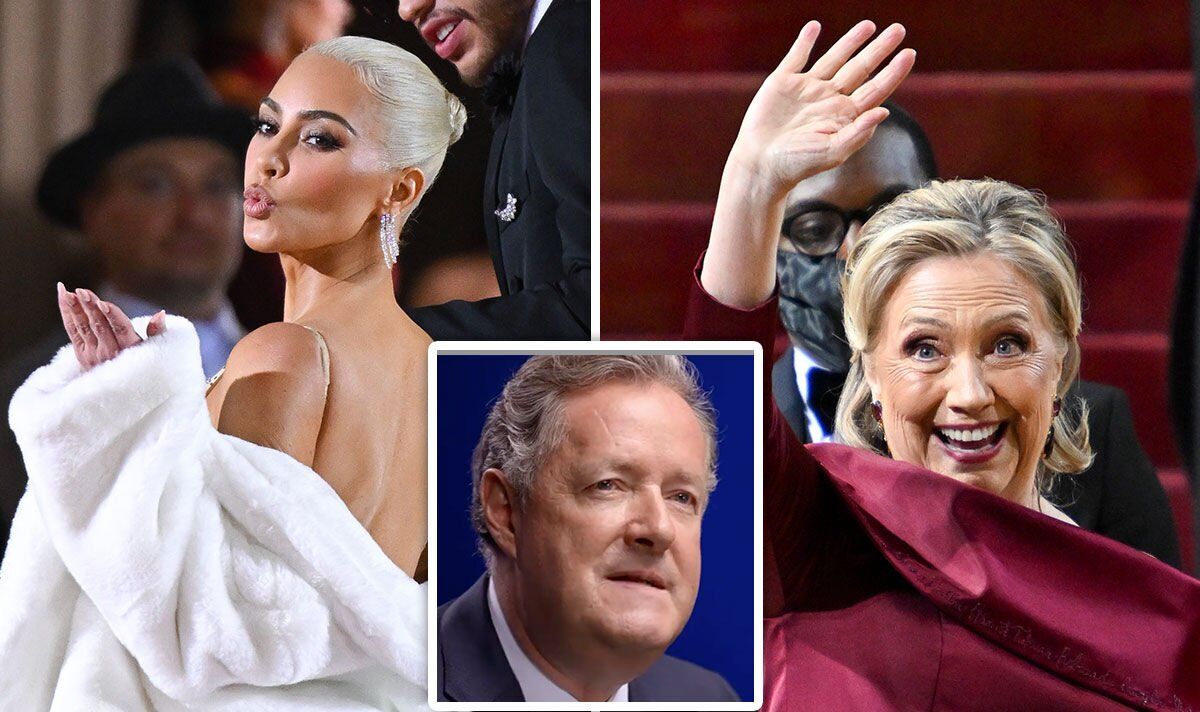 Piers Morgan has mocked guests at last night’s “tone-deaf, self-indulgent, narcissistic” Met Gala, including Kim Kardashian and Hillary Clinton. The Talk TV host ranted about how “inappropriate” the bash was given the Ukraine-Russia war, the pandemic and the cost of living crisis.

Some of Piers’ fans were in agreement, as ThoughtCriminal replied: “This is the kind of stuff that spawned the French Revolution”.

JB added: “I agree. How much was that dress that Kim Kardashian wore? Ridiculous.”

But others pointed out the Met Gala raises money, with Ms Mansk writing: “It’s actually an annual fundraiser. You’re welcome.”

DMW penned: “Sometimes its nice to have a distraction and just good old fashioned fun.

“Seems all this has not stopped you from traveling and enjoying life. Didn’t you attend the Superbowl this year?” (sic)

He responded to a photo of Kim Kardashian, who wore the famous dress Marilyn Monroe wore when she sang happy birthday to John F. Kennedy in 1962.

The businesswoman revealed in red carpet interviews that she was almost unable to wear the dress because it didn’t fit – but she lost 16lbs in the three weeks preceding the event in order to squeeze into it.

“It was this or nothing.I would wear a sauna suit twice a day, run on the treadmill, completely cut out all sugar and all carbs, and just eat the cleanest veggies and protein.

“I didn’t starve myself, but I was so strict.”

This year’s Met Gala theme, “Gilded Glamour and White Tie,” was a continuation of 2021’s exploration of American style, in keeping with the Costume institute’s accompanying two-part exhibition “In America: An Anthology of Fashion.”

The event is hosted at the Metropolitan Museum in New York City, and run by Vogue editor Anna Wintour with a strict guest list.

It raises funds for the Metropolitan Museum of Art’s Costume Institute, and made a whopping $16.75 million last year.