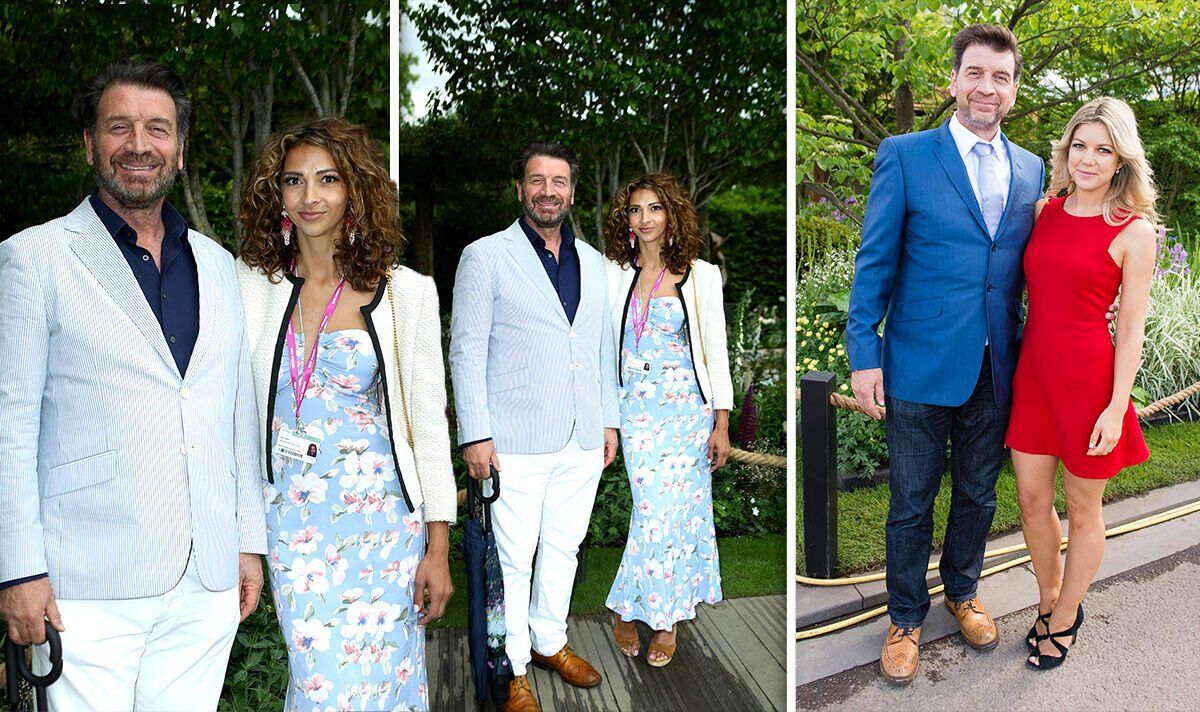 Nick and Katie smiled for cameras as they posed together for the VIP preview day of the annual event, ahead of the popular garden show’s public opening tomorrow.

The pair went public with their relationship last year, but Nick was forced to speak out about his girlfriend last month to defend her after trolls branded her a “gold digger” on social media due to their 27-year age difference.

It seems the couple have chosen to rise above the vitriol, however, as they donned their summer best for the occasion.

The DIY SOS presenter wore a light blue suit jacket with pinstripes over a navy shirt.

He paired the jacket with white trousers, completing the look with a pair of brown brogues.

She accessorised with a cream blazer over the dress and a pair of brown heels.

Explaining why the comments about Katie had riled him up so much last month, Nick told The Sun: “I choose to be on TV. As a result, I expect the whole nine yards.

“I am up there as an object. I’ve chosen to be on TV but my children, or my family, or people I date, for them I feel it’s unfair to have a go at them.”

He also told his Twitter followers at the time: “I’m raging. The woman I was out to dinner with when we were papped is 32, has degrees in two subjects, runs 3 businesses, is a mother of 2, is wealthier & more successful than me & is intelligent & independent unlike the abusive trolls attacking her. What happened to #bekind?”