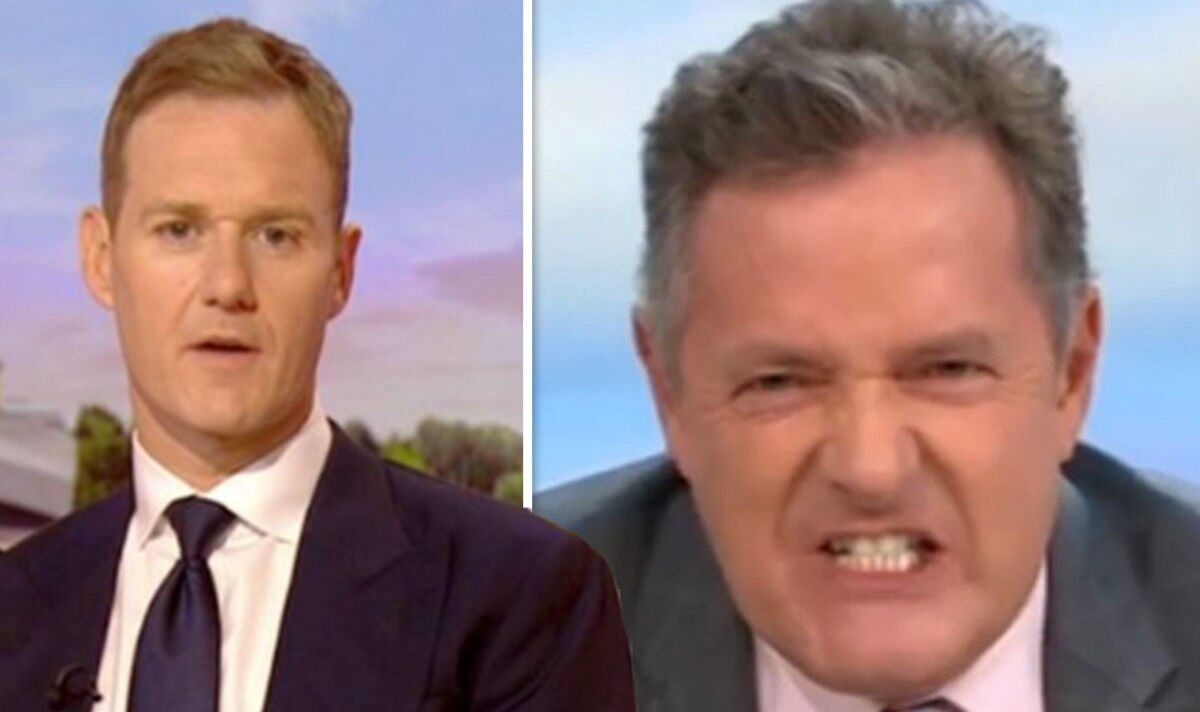 Dan Walker has accused Piers Morgan of “overstepping the mark” when it comes to their TV rivalry. Channel 5 star Dan said he never “dipped to Piers’ level” as the pair engaged in several on-air jabs and bitter Twitter wars.

Dan recently joined Channel 5 news after hosting BBC Breakfast for six years, and he was often pitted against former GMB host Piers due to the similarity between the programmes’ content and timings.

While Dan welcomed the trash-talking, which often spilled over into full blown Twitter rows, he believes Piers took things too far when he smashed a mug with the BBC Breakfast logo on it using a hammer.

“I’ve never dipped to his level of insults. I think he overstepped the mark when he smashed a mug with my face on it,” said Dan.

“I don’t need to do that sort of thing,” he continued.

“When I first started at BBC Breakfast, I met him at a function and he said, ‘You’re going to be terrible. We’re going to annihilate you.’

“But my attitude was to remain quietly confident,” Dan added to The Times.

Piers quit GMB last year after storming off the set in a row with Alex Beresford, who accused him of “trashing” Meghan Markle.

With his co-host Susanna Reid still at the helm and joined by Richard Madeley, Dan appeared on the programme earlier this month and he couldn’t resist taking a jab at Piers.

“They challenged you because you claimed a woman – who said she had suicidal thoughts – was lying.

“Of course everyone watched but to claim that as a victory? Really [laughing emoji] What a strange hill to die on.”

Piers hit back: “Hi Saint Daniel, I called out Meghan Markle’s disingenuous b******t, just as I did when Govt ministers spewed it.

“It’s called ‘journalism’ – you should try it sometime, then you wouldn’t keep losing jobs like Football Focus for being such a tedious virtue-signalling twerp!”

As a follower named Staffs Saddler replied to tell Piers that Dan had chosen to leave Football Focus, the TalkTV host responded: “No, Dan lied to the public that he ‘chose’ to leave – but in fact got told Alex Scott was replacing him.

“No wonder he supports Princess Pinocchio.. both speak with forked tongue!”

Dan never addressed this claim – but sent a tribute to Alex as she took over the job, tweeting: “A new chapter starts this weekend and I want to wish my friend @alexscott2 all the best in the chair.

“She has a great team around her and I’m sure she’ll be brilliant.”