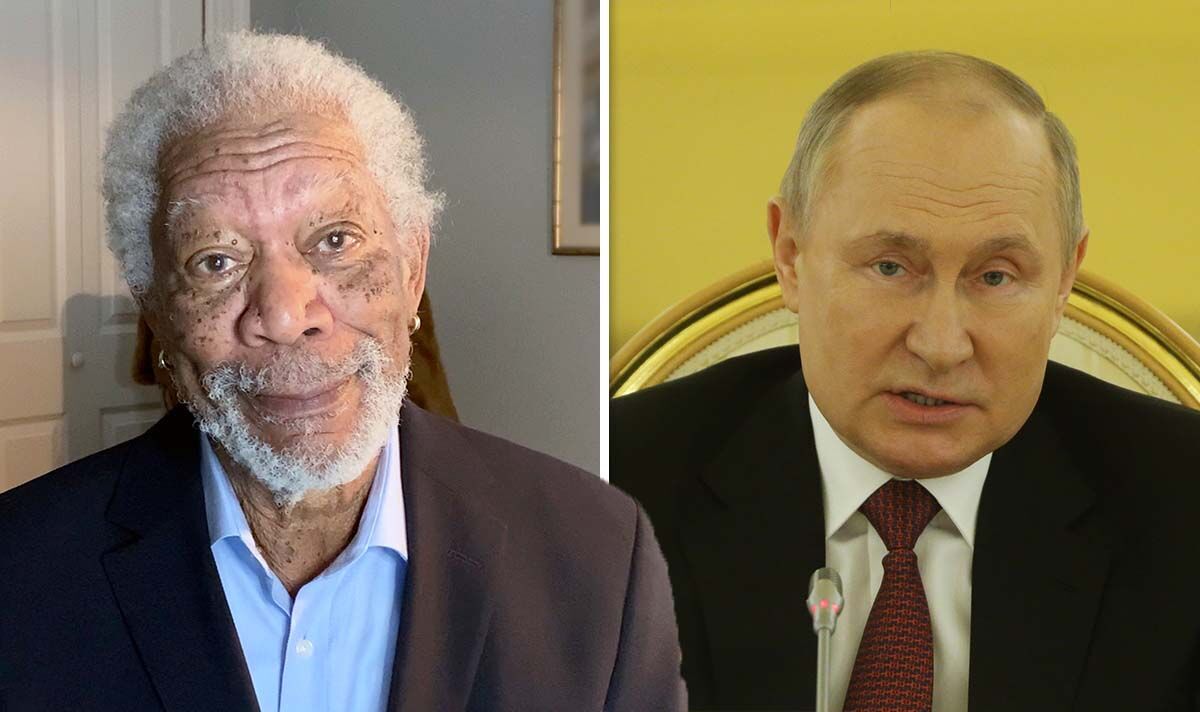 Morgan Freeman, 84, has been included on a list of 963 Americans permanently banned from Russia. Joining Morgan on the “black list” is Facebook CEO Mark Zuckerberg and several deceased people including senator John McCain, lawyer Harry Reid and Orrin Hatch.

President Joe Biden and US Secretary of State Anthony Blinken were already on the list.

Former president Donald Trump was not included in the list.

It is thought that Morgan could have been included because of a 2017 video.

He narrated a clip for an organisation called the Committee to Investigate Russia.

In the video, Morgan says: “We have been attacked. We are at war.

“Imagine this movie script, a former KGB spy angry at the collapse of his motherland, plots a course for revenge.

“Taking advantage of the chaos, he works his way up through the ranks of a post-Soviet Russia and becomes president.

The Russian foreign ministry said: “We emphasise that the hostile actions taken by Washington, which boomerang against the United States itself, will continue to receive a proper rebuff.

“Russia does not seek confrontation and is open to honest, mutually respectful dialogue.

“Separating the American people, who are always respected by us, from the US authorities, who incite Russophobia, and those who serve them.

“It is these people who are included in the Russian ‘black list’.”