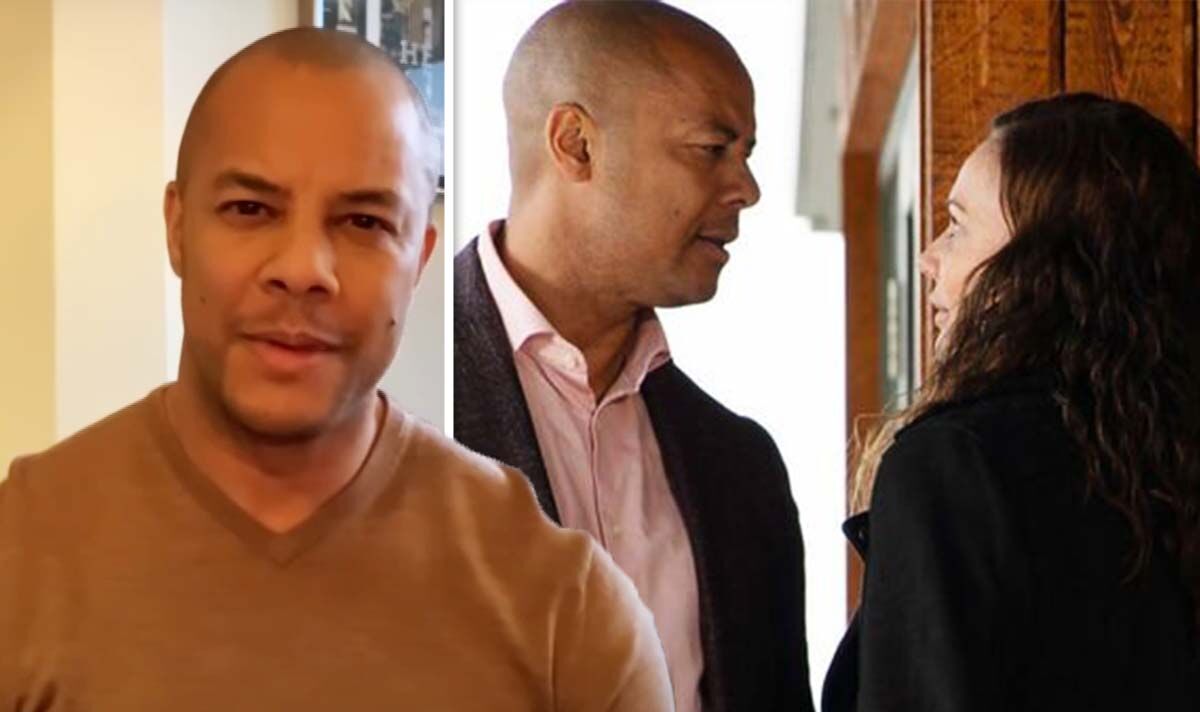 Michael Wildman, who plays Al Chapman in Emmerdale, opened up about how “weird” it was to go back to “normal” acting after the Covid pandemic. He recalled how ITV implemented strict social distancing measures that made ITV the “poster channel” for distanced acting.

In the height of the pandemic, actors were required to keep a safe distance away from each other with specific markings on the floor which outlined where they were allowed to go.

The stars also had to undergo regular temperature checks and routinely sanitise their hands.

Actors were also required to do their own hair and make-up while their wardrobe was laid out for them ahead of time.

Now that Covid restrictions have been lifted, the actors have gone back to normal procedures and can now perform near one another.

In recent episodes, Al had some steamy scenes with Chas Dingle, played by Lucy Pargeter.

As she deals with her mother Faith’s terminal cancer diagnosis, Chas found comfort in Al as they both talked about their families.

As the chemistry heated up, Chas and Al ended up kissing passionately after sharing a bottle of wine.

Discussing the scenes with Express.co.uk and other press, Michael said they were “incredibly weird” to film.

She added: “Instead of people saying, ‘You can’t stand next to them, you can’t touch them, you are too close’, now they are saying, ‘Can you just stand there, literally lip to lip and we’ll line up the cameras’.

“It is very strange going back the other way now.”

It is not known yet whether Al and Chas’ relationship will turn into a full-blown affair, but Lucy admits that there has always been some “electricity” between the pair.

She went on: “I think we have almost encouraged those looks and stuff in scenes when Al has been in the Woolpack.

“It is hard to know where that boundary was, whether it was flirtation, whether it was hatred. It is always that very, very fine line between, I really fancy the pants off you and I really hate you.

“It has been niggling for a long time.”

Emmerdale airs weekdays at 7:30pm on ITV, with an hour-long episode airing on Thursdays.