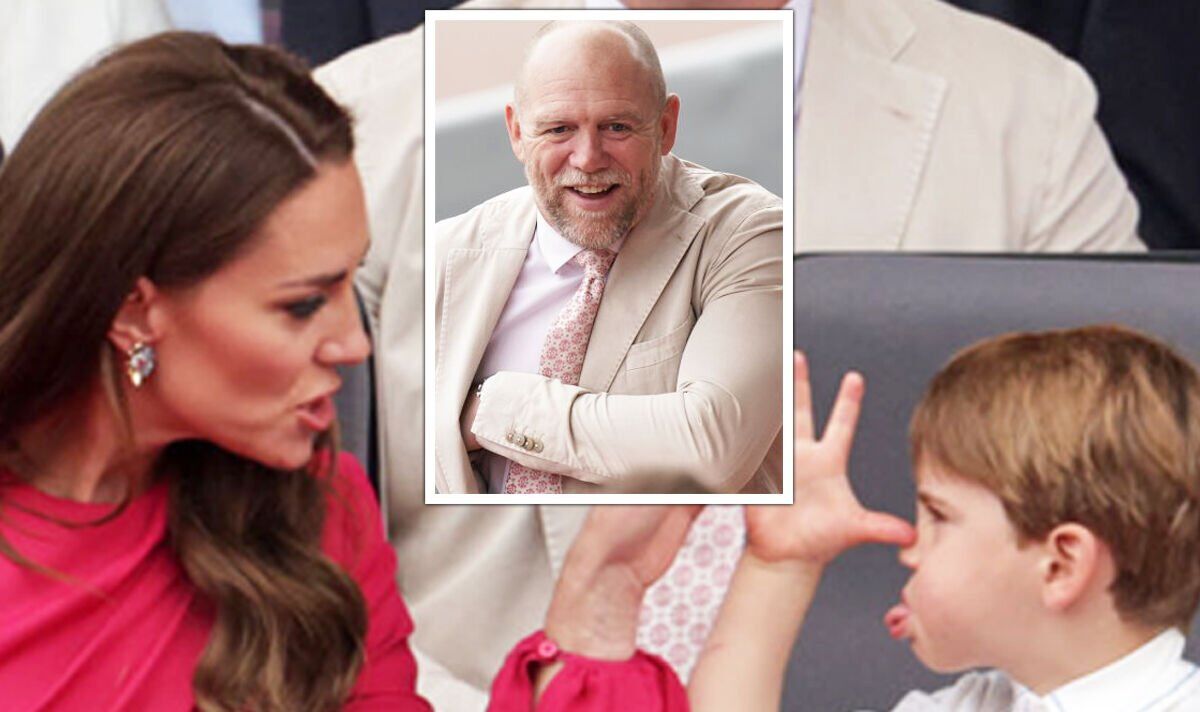 Mike, whose wife Zara is the Duke of Cambridge’s cousin, says the royal children were energised during the festivities after eating sweets behind the scenes.

As the pageant came down The Mall on Sunday (June 5), four-year-old Prince Louis won many hearts with his cheeky antics by pulling faces and putting his hand over his mother, Kate’s mouth.

She began: “Mike [Tindall] has a theory on why Prince Louis came close to outshining grandma with his wriggling, gurning and raspberry-blowing at the Jubilee celebrations.

Addressing the young Prince’s behaviour, Mike said: “Louis was just wanting to have fun. My two are always mischievous.”

“There were a lot of sweets out back though. So they had complete sugar highs,” he said on The Good, The Bad & The Rugby podcast.

“It is tough for them. They are all young. It was from two till five or whatever. It is a long time,” the former rugby star added, referring to Prince George, 8, Prince Louis, 4 and Princess Charlotte, 7.

Mike was pictured on the day jokingly warning a boisterous Prince Louis – who at one point spent time on his grandfather Prince Charles’ lap – while he was watching him during the pageant.