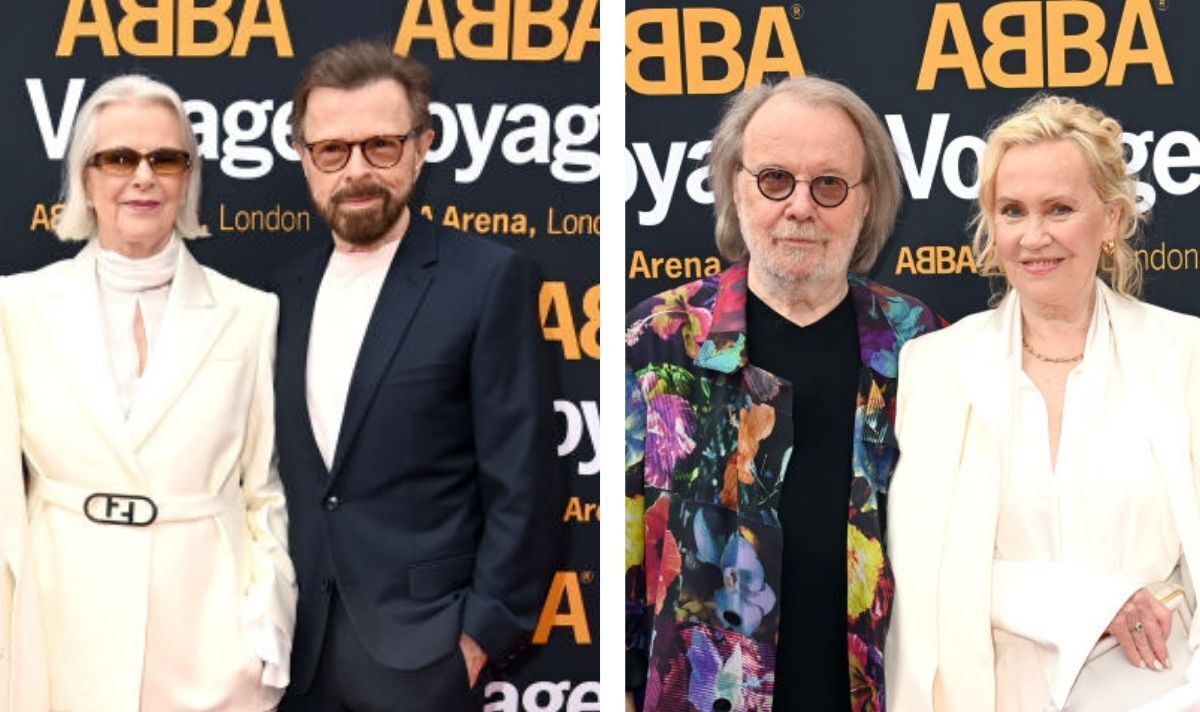 Abba – consisting of Benny Andersson, Agnetha Fältskog, Anni-Frid Lyngstad and Björn Ulvaeus – gathered together for an emotional reunion which marked their first appearance in the UK in 40 years. They gave fans a sneak peak of their digital “ABBA-tars”, depicting them as their younger selves, but also dazzled while posing together on the red carpet.

The foursome participated in a 40-minute press conference to celebrate the occasion.

The group’s last public appearance on British soil was on Noel Edmond’s Late Late Breakfast Show back in November 1982.

After four decades away from the UK, they seemed happier than ever to return.

Bjorn told the world: “London means so very much to us.

“We had the good fortune to win the Eurovision Song Contest in England of all places.”

He added: “There could not have been a better place to win.”