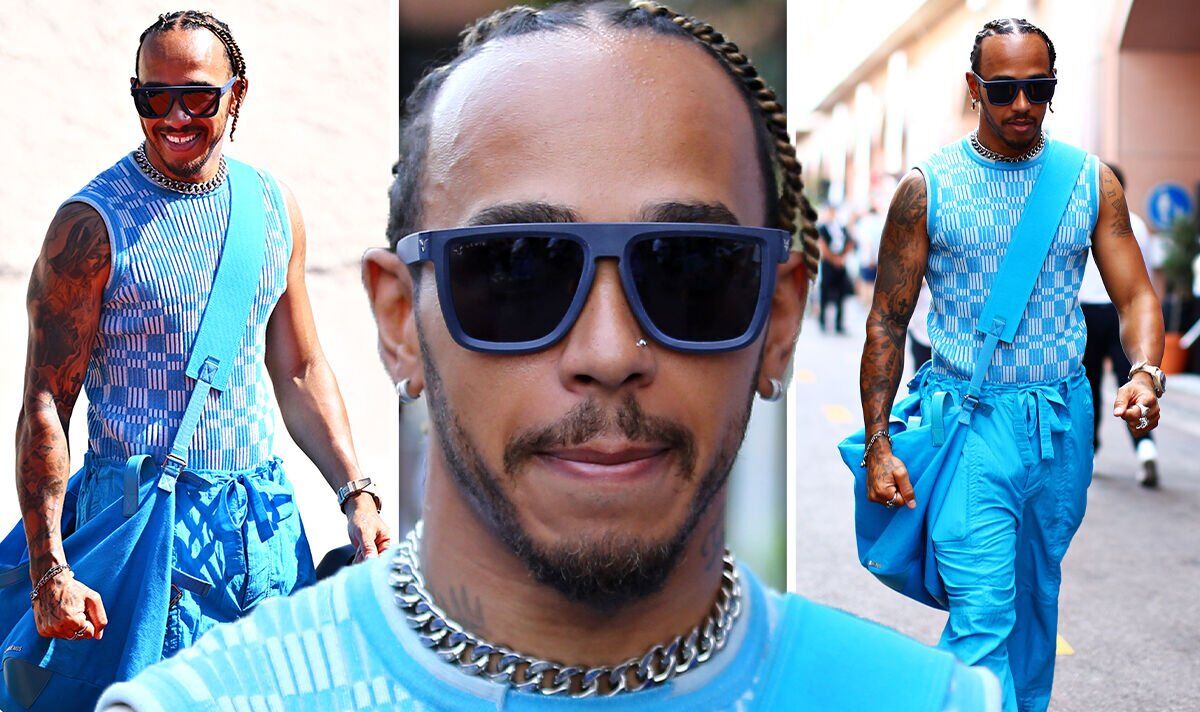 He finished off the blue outfit with velvet dark blue shoes and a large blue duffle bag over one of his shoulders.

Lewis was covered in jewellery after he backed down over his promise to boycott the Miami Grand Prix over wearing piercings while racing.

Earlier this month, he said he would pull out of a race if the FIA insisted he would have to remove his piercings.

However, when he agreed to the medical examination at the track he took all his piercings out except for two.

He was allowed to keep in the two remaining studs after admitting they could not easily be removed and was granted a two-race exemption.

Speaking to The Guardian, Lewis said: “Honestly, I feel like there’s just way too much time and energy being given to this.

“I’ve said everything I feel I need to say on it in the last races and that’s not what my focus is this weekend.”

Lewis is hoping for success at Monaco after he was the fastest driver on the track in Barcelona and made an incredible comeback from 19th to 5th place after a puncture.